Weed Out The Brutish Colonisers

Invasive species are one of the biggest threats to biodiversity and human well-being, but are these invincible?

More from Ramesh Venkataraman
View All

Bomma watches his father Kempa deftly remove a Lantana camara bush, severing it two inches below the soil. Aged 18 and illiterate, Bomma is a Jenu Kuruba, an indigenous tribe in the Nilgiri biosphere. Working with elders of his community on forest conservation helps him imbibe the traditional ecological knowledge of his forefathers, passed down generations by observation and experience. Invasive alien plant species like Lantana camara are a major threat to ecosystems around the world. An alien plant species is one that has been transferred from its home habitat or ecosystem to a new habitat, mostly by human intervention. They are also referred to as exotic species. Many of these species tend to be aggressive colonisers that quickly take over the introduced ecosystems pushing out native species, and hence termed as invasive.

India has its share of invasive plant species. Many forest areas of the country are taken over by Lantana camara, a species of South American origin that was brought to India around two centuries ago by the British as an ornamental plant. Shola ecosystems of the Western Ghats have been taken over by Black Wattle, a tree of Australian origin. Grasslands in the Northeast are threatened by Chromolaena odorata, a weed native to North and South America. Parthenium, also known as congress grass, is a well-known invasive that impacts our rural and forest areas on a large scale. Many of our freshwater bodies are invaded by water hyacinth, a plant from the Amazon basin.

ALSO READ: From Seed To Forest

Why have invasive species come into the public spotlight of late? The spread of these species has been much higher in the past four decades. This has resulted in severe loss of biodiversity and impairment of services that nature is expected to provide. By degrading ecosystems, they have the potential to hasten extinction of animal species. And invasive species like Lantana camara have been responsible for huge forest fires in many parts of India. Little wonder, therefore, that invasive species are now regarded as one the biggest threats to biodiversity and human well-being, requiring urgent action. This raises an important question. Is it possible to manage these invasive species and restore our ecosystems, or are they invincible? Let us look at a case study. 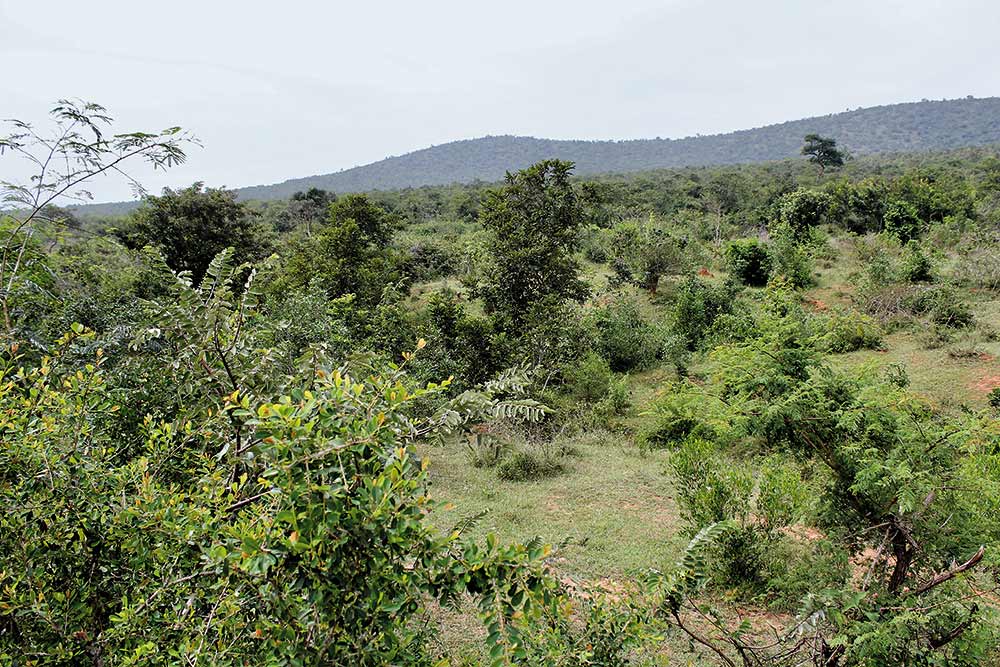 Junglescapes is an ecological restoration non-profit that has, over the past 12 years, been restoring forest areas invaded by Lantana in and around Bandipur tiger reserve in Karnataka. The NGO has adapted to the dry deciduous forests of Bandipur a restoration methodology that has been successful in restoring large areas of grasslands in Corbett tiger reserve that had been impacted by Lantana. Junglescapes follows a community-participative model where around 50 members of local communities, mostly indigenous, are actively involved in the initiatives. This has helped harness their traditional ecological knowledge for improving the effectiveness of projects. Importantly, this has facilitated evolution of a sustainable restoration-based livelihood model.

The results are encouraging. Over 1,200 hectares of forests impacted by Lantana have been taken up for restoration until now. Over half of these areas have been restored back to biodiverse wildlife habitats so far. The work involves removal of Lantana followed by reviving native vegetation in such areas. This is done mainly by creating the right abiotic conditions that in turn enable natural regeneration of vegetation, with limited recourse to methods like sapling planting. Put simply, nature is made a key restoration partner. This is a low-cost method, and experience shows it makes it possible to restore two-and-a-half times more area in the same time frame as compared to more active interventions. Wildlife has responded very well, with all major species of fauna returning to the restored sites. This is one of the best indicators of restoration success.

This case study illustrates that invasive species are not invincible and it is possible to restore biodiversity, provided we put in sustained efforts over a long period. The problem may appear insurmountable when viewed at a national scale. However, if we break this down to the level of a specific area like a wildlife sanctuary, and into further smaller areas like a forest range within a sanctuary, the task becomes more manageable. This should infuse optimism and dispel the apprehension that invasive species may be beyond our control.

Success, though, will depend on certain key factors. As we tackle existing invasive alien species, we need to ensure newer species do not enter the country. We are now witnessing emergence of a new invasive species— Senna spectabilis—in southern India, causing significant harm to native biodiversity. Introduced in urban areas for its ornamental value, Senna has spread from there into the forests. Strong quarantine laws are needed to check such situations. Also, the focus on climate change is leading to a search for fast-growing tree species. This will create a risk of fresh invasions if exotic species are selected, as we have seen with species like Subabul and Gliricedia. Climate change goals have to be tempered by ecological sense. Our country has a large enough diversity of native plants suitable for all situations.

The success of such restoration efforts at a national scale will require strong policy initiatives from the State, along with adequate budgetary allocations. Applied research focused on finding scalable, low-cost solutions will be important. Civil society, particularly corporates, can also play a key role in this effort. Conservation and restoration of biodiversity need to become greater CSR priorities than at present, since these will lead to long-lasting and diverse benefits, including better yields from agriculture and fisheries, cleaner air and water, fewer natural disasters etc.

The silver lining is that the restoration efforts can generate significant rural livelihoods. And also enhance the capacity of our natural areas to deliver ecosystem services like water security, carbon sequestration, disaster prevention etc. which will benefit millions of people. There is much to be gained in addition to biodiversity.

Ramesh Venkataraman is a certified ecological restoration practitioner and a director on the board of the Society for Ecological Restoration. He is a member of the Expert Committee on Invasive Species appointed by the Madras High Court.