Photo Feature | Wagah Of The East

The Beating Retreat at an Indo-Bangladesh border outpost matches the spectacle of the western frontier...high kicks et al 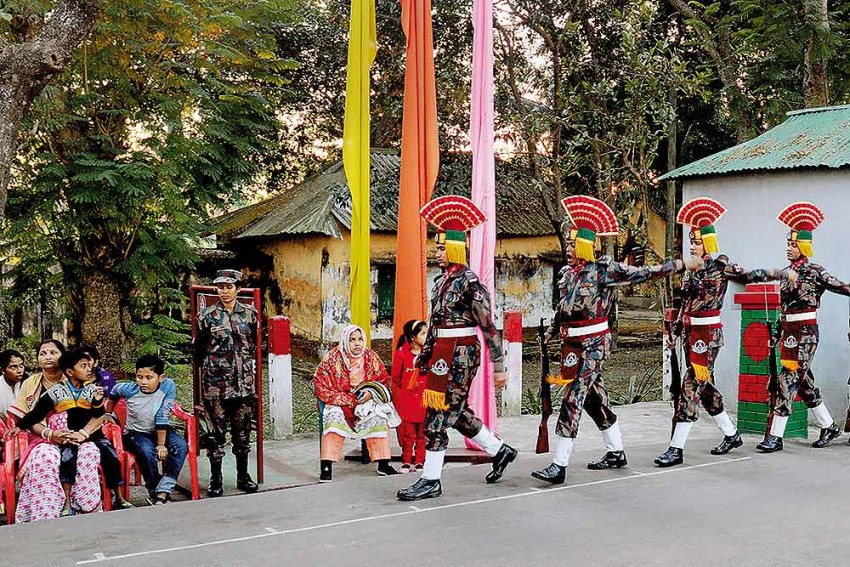 Bangladeshi troopers at the Beating Retreat at Akhaura, Tripura.
Photograph by Sandipan Chatterjee 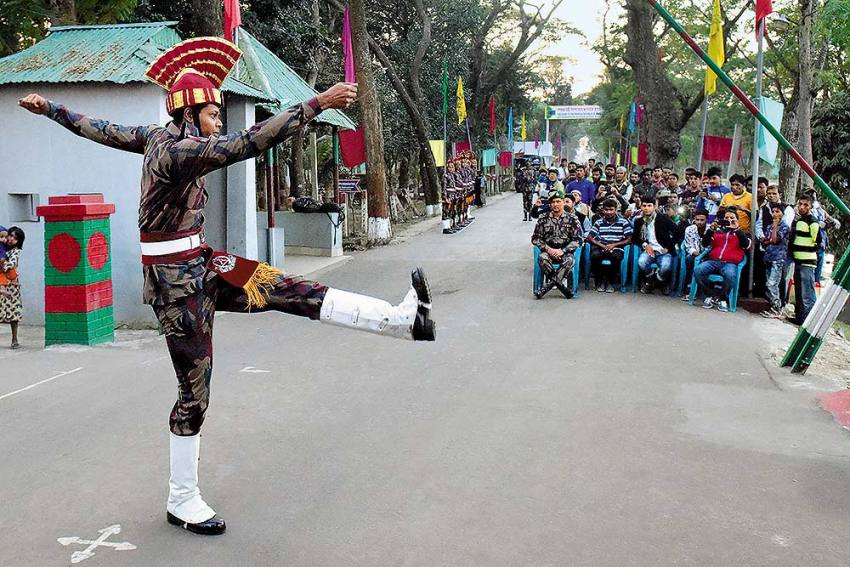 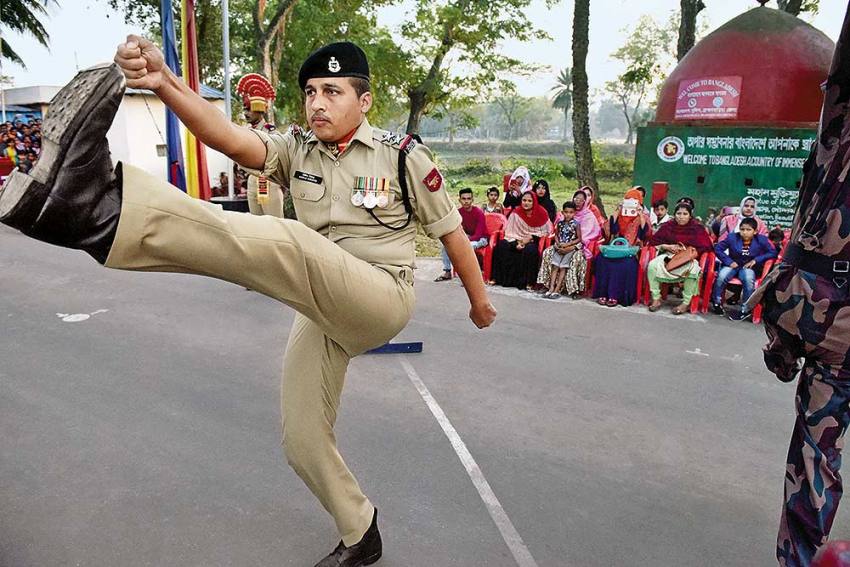 A BSF jawan during the Beating Retreat
Photograph by Sandipan Chatterjee 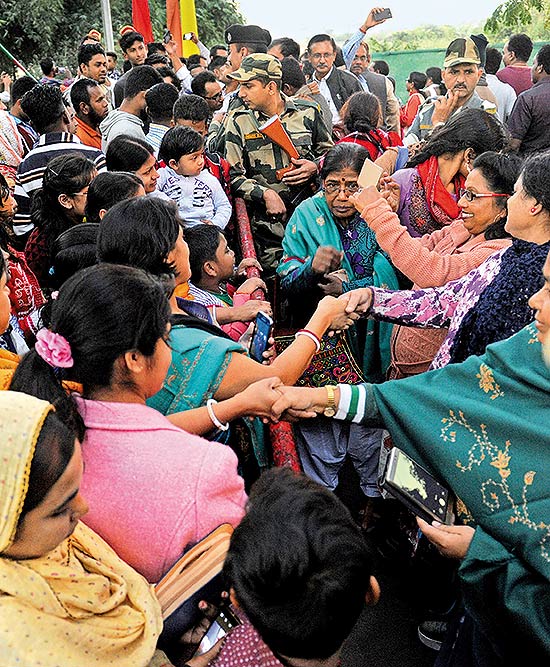 Visitors from India and Bangladesh meet at the Akhaura check post on the Indo-Bangladesh border in Tripura.
Photograph by Sandipan Chatterjee 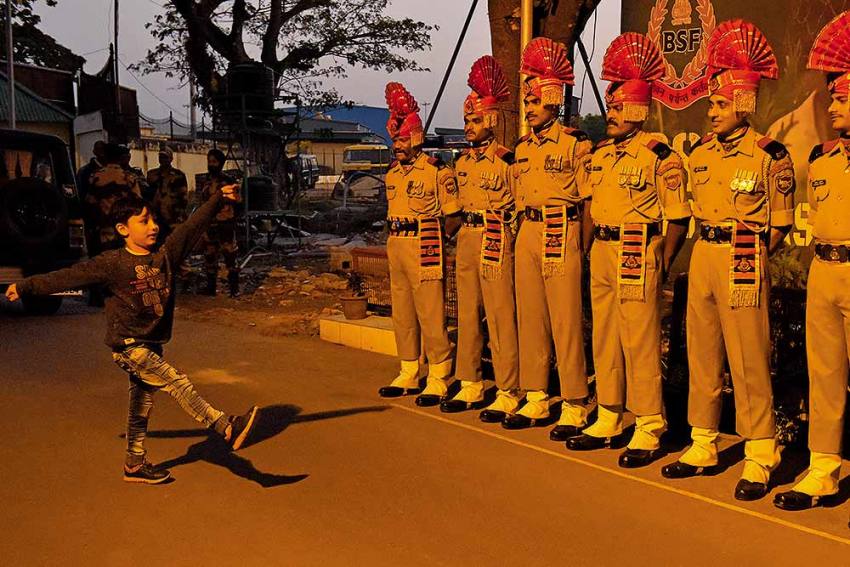 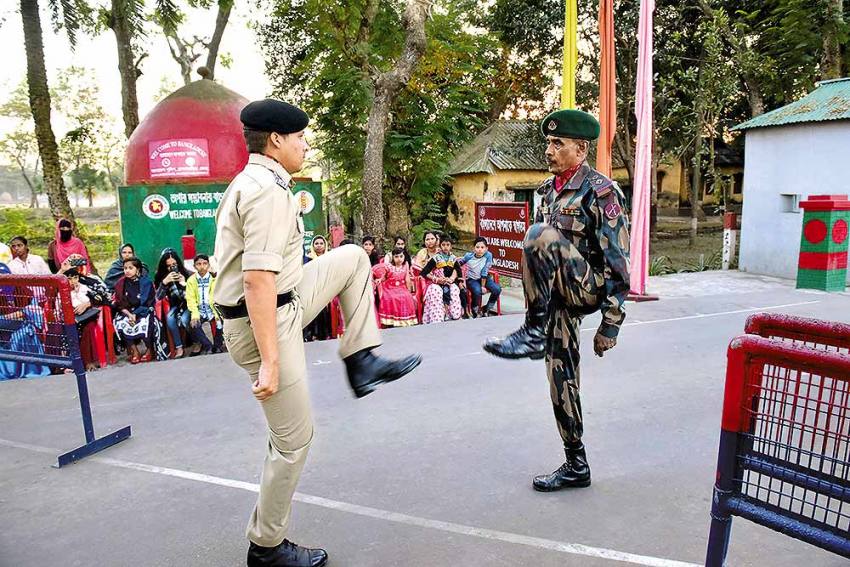 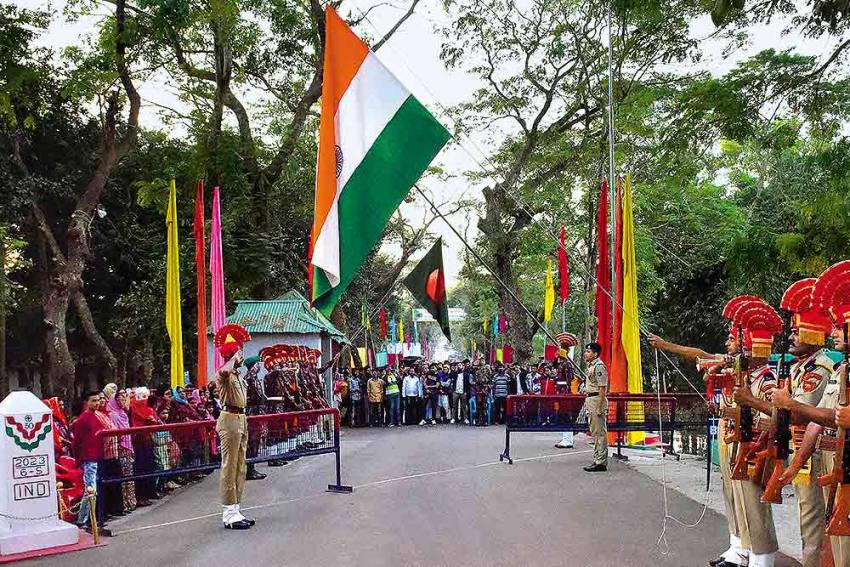 Chest thrust forward like a soldier, his small feet synchronising with the beats of the military band, the youngster marches towards the Indian jawans standing in attention. He then proceeds to give a crisp salute to the troopers before turning and marching back. And as if on cue, a Border Security Force (BSF) trooper lets out a deep-throated military command to signal the start of the official ceremony.

Welcome to Akhaura, the Wagah of the East on the Indo-Bangladesh border. It’s time for the Beating Retreat, a ceremony as spectacular and colourful as the more popular event at the border check post in Punjab along the Indo-Pakistan border. A tad toned down than the chest-thumping pantomime at Wagah, for here’s a ceremony between two friendly countries.

The ceremony at Akhaura, just five km from Tripura capital Agartala, was launched in 2017 under the tourism ministry’s Swadesh Darshan scheme, and draws a fair share of visitors every day. Most of the visitors are from Agartala. Some are from other states, mostly West Bengal. They are drawn by history, the Partition of 1947 when people with identical cultures and heritage were separated by a contentious border.

Geeta Mukherjee, a visitor from Calcutta, was overwhelmed by the ceremony. It was an emotional trip for Pushpa Das who has ancestral roots in Bangladesh and connected to many people there. On the Bangladeshi side too there were many with relatives in India. After the flags were lowered by the BSF and the Border Guards Bangladesh, people from both countries are allowed to meet at a designated area.

Text and Photographs by Sandipan Chatterjee at Akhaura, Tripura