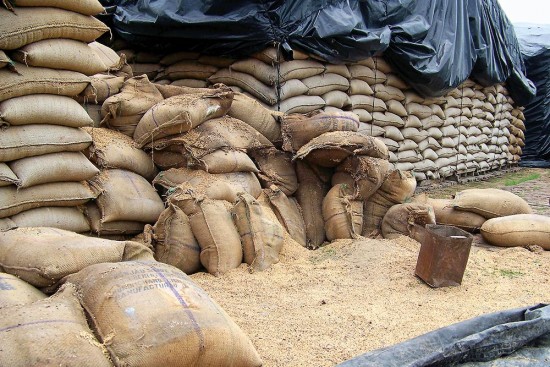 The country is one of the world’s largest food producers but around 194 million Indians go hungry every day because we waste thousands of tonnes of grain every year. Successive governments had promised and initiated poli­cies to stop the wastage—mounds of grain left to rot in the sun, rain and floods in decrepit Food Corporation of India (FCI) granaries, or eaten by insects and rats. But the rot continues, as does the paradox of millions going hungry. This reeks of callousness, possibly even trickery, in a country that ranks 100 out of 119 on the Global Hunger Index.

On February 5, minister of state for consumer affairs, food and public distribution, C.R. Chaudhary, told the Lok Sabha that India had 4,135.224 tonnes of “damaged/non-issuable” foodgrain lying in FCI godowns on January 1, 2019. In 2017, this was around 62,000 tonnes. This grain is then auctioned to those primarily interested in making feed for cattle and poultry.