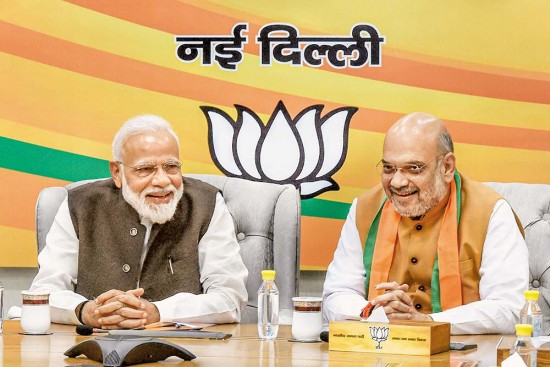 For a party with 11 crore members—more than the population of many countries—losing an election is not an option. Any loss would be a setback to the BJP’s aim of ushering in the “golden era” when the saffron party will rule from panchayat to Parliament, and every state in between. This spirit drives the BJP’s formidable election machinery as assembly polls draw near in Mah­arashtra, Haryana and Jharkhand. Also in Delhi, where elections are due early next year, preparations are on in full swing as the BJP plans to wrest the national capital from the Aam Aadmi Party.

The first set of elections since the Narendra Modi government was reconfirmed in power with a brute majority in the Lok Sabha will show whether the party’s popularity and the near-hegemonic position it has come to occupy in Indian politics remains intact. BJP leaders are confident that the party will retain all three states with bigger margins. “Our popularity has only grown since the ­victory in the Lok Sabha polls,” says national spokesperson Sambit Patra. “With its daring decisions in its first 100 days, the ­government has reinforced people’s trust and confidence in the BJP. Our work is the proof of our commitment to the people. We don’t use false claims for mere politics.”