To The East We Went and Won It For Them

The Dhaka victory was spectacular but much more could have been done to secure India’s strategic interests. 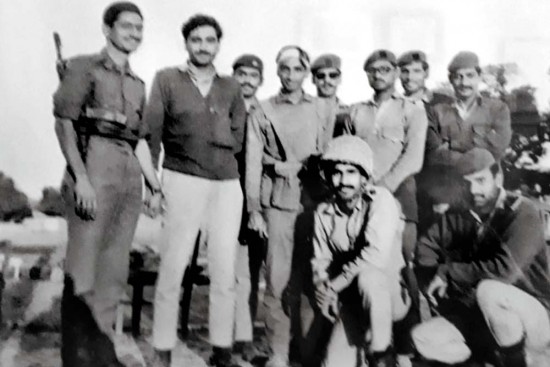 By April-May 1971, when the operations in East Pakistan were being considered by the Indian government, there were two opinions amongst the top hierarchy. The first view was that the Indian Army should go immediately into East Pakistan to assist the Bangladeshis who had launched their war of liberation. This view was generally advocated by the then defence minister Jagjivan Ram, finance minister Y.B. Chavan, other Congress leaders and some officers of the Central Armed Police Force (CAPF). While, the Indian Army, and particularly its chief General Sam Manekshaw was of the view that the operations should be launched more del­iberately after due planning and creating logistics support. The Indian Army required 6-9 months for these preparations for an assured victory.

Immediate intervention by the Indian Army would be premature and may not result in the desired victory. The Indian Army was oriented for operations against West Pakistan and China, and there were only contingency plans to deal with East Pakistan. This required time for reorientation, training, reorganisation and creating new logistic bases. The Pakistani Army had by now built about four inf­antry divisions. India needed to create the force level to fight the Pakistani troops. In East Pakistan, the monsoon was about to break out, which would make progress of operations difficult. Lastly, India had to create an international environment for a war. Such an environment did not exist then in India’s favour. Since a war with Pakistan would be an all-out war, all the three military serv­ices would be involved. This required proper planning and preparations.