Home  »  Magazine  »  National  » Note Of Dissent »  Through The Mizo PRISM: A Political Party Seeks To Contest Polls On Issue Of Secession

Through The Mizo PRISM: A Political Party Seeks To Contest Polls On Issue Of Secession

The People’s Repre­sentation for Identity and Status of Mizo­ram (PRISM) intends to take their cause right to Parliament, provided it can win the lone Lok Sabha seat in the state. 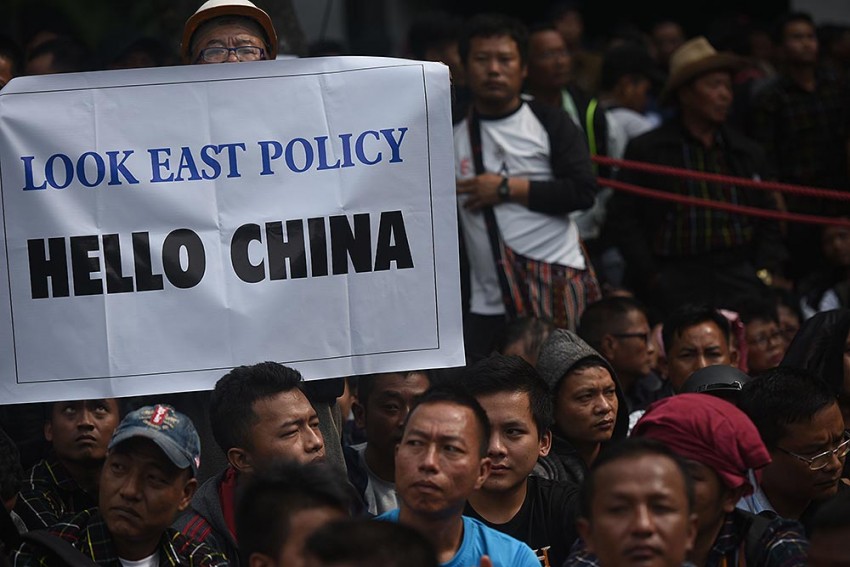 A protest rally in Aizawl.
Photograph by Sandipan Chatterjee
Abdul Gani March 14, 2019 00:00 IST Through The Mizo PRISM: A Political Party Seeks To Contest Polls On Issue Of Secession 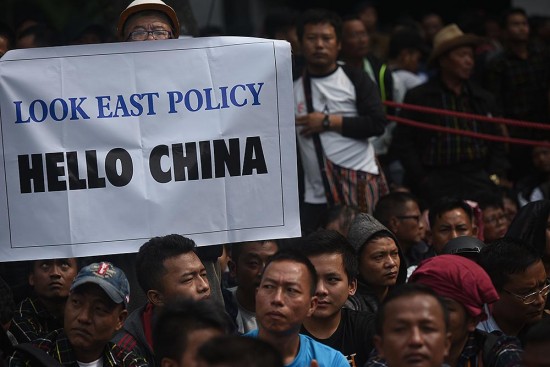 Mizoram presents a curious picture of a state at peace with itself and yet finding ways to disturb the narrative in the most radical manner. Ever since the Mizo Peace Accord was signed in 1986—that ended a violent uprising for secession from India—the tiny state in India’s Northeast has been an enduring image of peace in a region rife with militancy. A new Mizo political party is now seeking to contest the forthcoming general elections on the issue of secession. And it intends to take their cause right to Parliament, provided it can win the lone Lok Sabha seat in the state.

But leaders of the People’s Repre­sentation for Identity and Status of Mizo­ram (PRISM) would know that the “idea” is not too controversial for the Mizos. This January, when the state was roiled by the now-lapsed Citizenship Amendment Bill, protesters carried banners and placards that proclaimed the people’s anger against the controversial bill. “Hello China, Bye-Bye India”, one of the banners had said in Aizawl.

PRISM president Vanlalruata says that the move will be a democratic process. “For our party, the citizenship bill is the main issue. So, we will try and bring a right to secession bill in Parliament to oppose the CAB,” Vanlalruata tells Outlook. The bill, passed by the Lok Sabha, lapsed after the Centre did not table it in the Rajya Sabha following widespread protests across the Northeast. The bill aims to facilitate Indian citizenship to non-Muslims from three neighbouring countries. However, a majority of the people and even regional parties, including Mizoram’s ruling Mizo National Front (MNF), had opposed the bill, saying it would threaten the demography of the region which is already burdened with “lakhs of migrants” from East Pakistan and now Bangladesh.

BJP leaders, including party president Amit Shah, have said that the bill will be re-introduced if the party is voted back to power in the Centre. A leader of the Young Mizo Association, an influential group, says the central government was taking the people of the state for granted. “We have submitted multiple representations to the home minister, the prime minster and the joint parliamentary committee on the bill, but they don’t want to listen to our feelings. It means the people of Mizoram are not taken into consideration by the Union government. If that’s the case, we are also not interested in being Indian citizens. We better be with China, where the people belong to Mongoloid tribes like us,” a YMA leader says.

The Northeast, including Sikkim, sends 25 members to the Lok Sabha. Assam has the most number of seats—fourteen. Political commentators believe that the people as a whole are opposed to the bill and the PRISM’s move was just an extension of the anger. “Political parties and civil society are collectively against the bill. So, that is the status. Actually, it indicates that the deep angst against the bill has brought out all these stuff,” Prof Jangkhongam Doungel of Mizoram University tells Outlook.

Supreme Court lawyer Upamanyu Haz­arika says PRISM’s agenda is illegal. “The Constitution says sovereignty is not negotiable. They can’t, in any manner, deviate from that,” Hazarika says.