Non-BJP parties hoping to stall the massive shift of OBCs towards the Hindutva brigade. But there are gains too for the BJP if it plays its cards well. 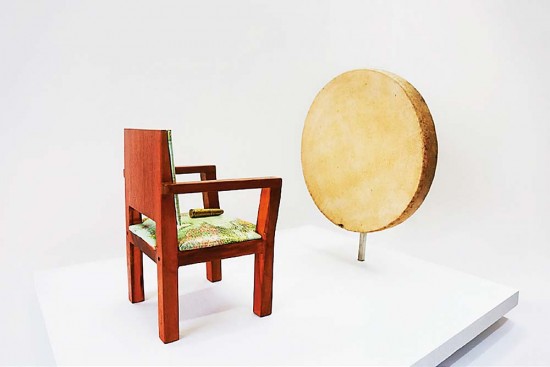 Other Backward Classes (OBCs) comprise the ­biggest block of Indian society in terms of numbers. Barring the Northeast and a few states like Himachal Pradesh, Uttarakhand, Punjab, Jammu & Kashmir and West Bengal, no party could enter the corridors of power without garnering ­substantial OBC support. Today, the BJP’s hegemony and the decadent state of the Congress at the national level come primarily from their successes and failures in ­resonating with the OBCs. By playing the OBC card, the Congress won big in Chhattisgarh in the 2018 assembly election and defeated the ruling BJP. Going by their role as default social gatekeeper for any party’s political and electoral success, OBC interests and issues should have been the default policy preference of all parties. That is not the case as OBCs are a divided lot, socially and politically.

There have been moments, however, when certain issues and movements united this social bloc politically, forcing the polity to champion its cause, such as during the Mandal wave. So, will the twin issues—push for caste-based census by a significant section of OBC leaders, and reservation in the private sector—bring about such a moment of consolidation?

There are two ways to see this conundrum. First, the ­economic angle. While OBCs have acquired political ­prominence across India in the post-Mandal phase, their economic aspiration has been a case of colossal disappointment, if we leave aside the dominant intermediary castes at the state level. A majority of those losing out have been ­artisans and craftsmen, including carpenters, ironsmith, goldsmith, weavers, salt-makers. The sorry state of the handicraft sector is, in essence, the story of a great majority of OBCs losing their traditional skill and occupations in the wake of domination by big commercial entities. Also, a ­majority is unable to avail the benefit of reservation as ­cut-off marks for OBCs in public employment and ­educational institutions are getting higher, which suits the ­better-off OBC castes. Hence, there is a case for a ­differential and ­layered system of reservation for OBCs at the ­national level on the lines of Bihar and Tamil Nadu. The ­judiciary, however, has been stalling such moves citing lack of sufficient data.

Meanwhile, a section of OBCs, particularly from the better-­off segment, aims to neutralise the grievance of weaker OBCs by making a case against the 50 per cent judicial cap on reservation and seeking a quota proportionate to the total OBC population. Thus, while they share a larger sentiment for the caste census, dominant and non-dominant OBCs have different expectations from it. The other issue—reservation in private sector—has been a non-starter given the larger realisation by both the State and society that the portable nature of capital and the market would always circumvent any such move by changing their global location.

Second, there is a political dimension, which has more to do with underlying intentions and political calculations of parties and leaders. Non-BJP parties are pushing for the caste count to stall the massive shift of OBCs towards the BJP and Hindutva discourse by drawing the saffron party into a zero-sum game. If the BJP agrees, it risks alienating its older core constituency—the privileged castes—but rejecting the demand would agitate the OBCs, giving an opening to ­regional parties and the Congress. The Opposition also sees this move of privileging caste identity as an effective antidote against religious consolidation of the subaltern Hindus through the strategy of ‘subaltern Hindutva’.

The BJP, on its part, seems to employ a different strategy to respond to the issue. As the party with the thickest profile of OBC leadership from the top to the district level in the organisation, and more OBC MLAs and MPs than other parties, the BJP may go for the caste census, but with a different political message and mobilisational strategy. Politically, it may add a subtext to the necessity of caste census by arguing that the measure is needed to do justice to the OBC castes that are losing out—vis-à-vis dominant OBCs like the Yadavs, a majority of whom are not part of the BJP’s core support base. A saffron push for a differentiated and layered OBC reservation system at the national level would make a strong case. That way, both subaltern and privileged castes can be kept in good humour at the same time. The ongoing OBC ­conundrum is indeed a classic case of deep contradictions beneath apparent coherence.

(This appeared in the print edition as "The OBC Conundrum")