They are the riders from hell. Within each one brews a storm, to do daredevil acts. 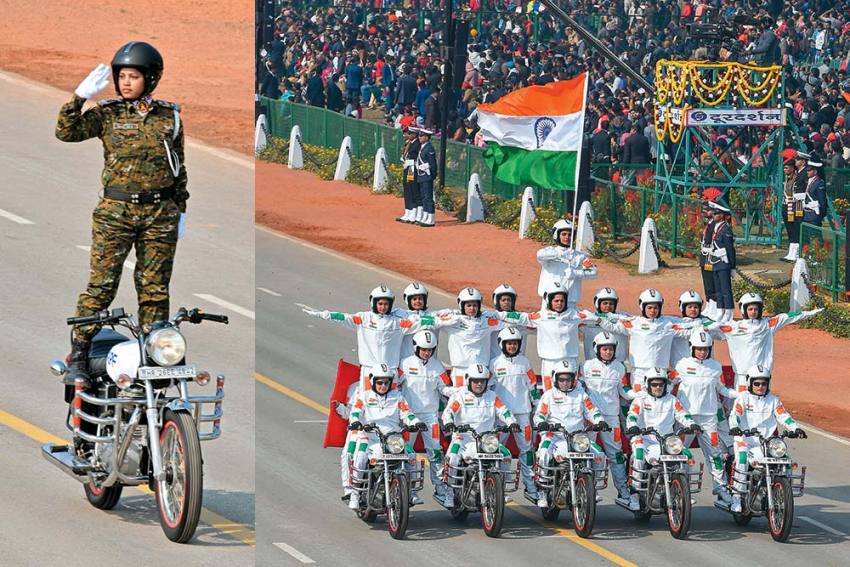 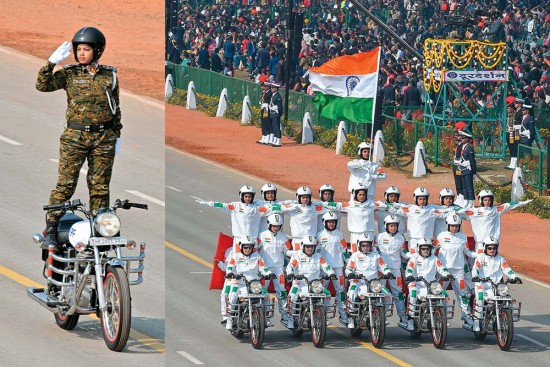 If one looks at their achievements, they seem to be jaw-dropping and hair-raising, almost miraculous. Think about it, visualise it if you can­—251 army riders balanced on 11 mobikes, an army captain who rode his bike atop an over 15-foot ladder for more than nine hours, and all-women teams of the CRPF and the BSF with their own lotus and pyramid formations. In India, there are at least half-a-dozen teams with security forces, which includes three army ones, two in the BSF, and one in the CRPF.

Behind these displays and stunts, there is the deep thinking, tiring and dangerous practices, moti­vational techniques, ever-changing relationships between ­humans and machines, and the never-say-die attitudes of the bikers. In this five-part series of special articles, we will deal with each one of them. Here, we will talk about the stunts, and their physics. What you see in an event is the ­final act, which is physical in nature.

But they invariably start in the minds of the trainers, managers and riders. As one of the trainers says, “If you cannot conceive it in your head, it is tough to execute the formation. However, the ideas can either be new or dramatic expansions of the existing ones. Any member of the team can think about them.” From the insides of peoples’ brains, one needs to go to the blackboards in classrooms, or monitors of high-end computers.

According to a team manager of one of the teams, “In a large human pyramid, wind speeds play crucial roles. Their forces are greater because of the combined huge mass of the humans and bikes. More importantly, these speeds change from day to day, as also from location to location. The weather conditions may be quite different during the actual events from the time of rehearsals.” Hence, minor but crucial modifications have to be made consistently. This is all the more important when these teams, on a rotational basis, perform at the annual Republic Day parades. Since the event is held in January, there is ­always the likelihood of high-speed wind and rain. In such conditions, the physics of the forces, their vector alignments, can be quite different and tortuous.

The bike display teams of the army, the BSF and the CRPF hold breathtaking records. It shows a sense of adventure and ambition.

One recent study contends that the three crucial components of aerial acrobatics, be it in a circus, on bikes and in aeroplanes, are the concepts of verticality, gravity and weight. The combination of the three components becomes more complex when the humans and their machines are in constant motion. “Verticality,” according to some experts, “is a reference point, both in relation to one’s body and to elements in space.” But when one performs circus tricks, or stunts on bikes, it forces the performers to put their “verticality into question, to lift it off the floor and reinvent it”.

Gravity too becomes another reference point for the riders. As one expert explains, “Whether it is confidently on the ground, on equipment or in the air, the body always ends up anchoring itself to a point, in order to orient itself. Gravity, a physical phenomenon that nobody can escape from, acts as a reference point. If the body challenges it, it brings it back to its physical ­reality. If it imagines going higher, it sculpts its gestures and leaves its marks on the figures. The work on gravity is what allows the acrobat to reveal other spaces and to give an insight into other times.”

This ability, and desire, to work with gravity involves the performer’s own weight. In a combined display and stunt, it involves both the individuals’ weights, and combinations of masses. As one acrobat explains, “I always need to try and go up higher, and hang ­because if I don’t do anything, I fall. It is by giving or releasing my weight that I can hold. There are always these two aspects from the verticality point of view. If I ­release my weight, I can hold. These two forces go in opposite directions: one towards the sky and the other towards the earth.”

For a combination of riders on a single bike, or multiple bikes, the feelings are more complicated and nuanced. Their bodies don’t merely deal with upward and downward vertical forces. They also move horizontally, although at constant speeds. It is also unlike a pilot doing stunts, where the performer is located in a single point, even as the mass around him moves in different ways. For the bikers, all forces, therefore, seem diagonal, and impact the bodies in different ways.

Over the next four parts, we will take you through the more intimate and personal details about these men and women bikers. We will explore their intricate and delicate socio-economic backgrounds, take a deep dive into their practice sessions to understand their skills, and look at their love-like relationships with their machines.

Who Is An Assamese? More Questions Than Answers