The Sun God’s Own Country 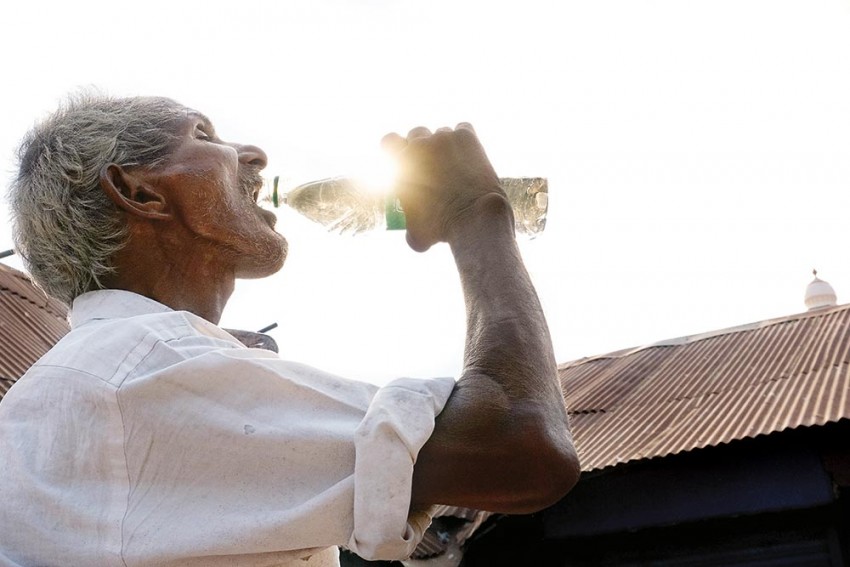 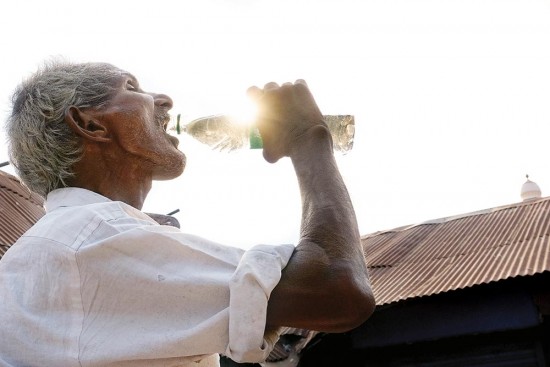 When the poet T.S. Eliot called April the cruellest month, little did he know that his words would come prophetic in Kerala a century later. A sudden spell of blistering heat has come as a surprise for the state’s populace and reportedly killed three people.

The India Meteorological Depart­ment (IMD) has stated that 13 of the 14 districts in Kerala, with the exception of hilly Idukki, have seen a rise in temperatures of three to four degrees Celsius. Although a tropical region, the searing weather is unprecedented even for the summer months. Every day, there are reports of close to 50 cases of sunstrokes and burns from across the state.

Interestingly, the blistering weather is not a heat wave. Sekhar Lukose Kuriakose, member secretary, Kerala State Disaster Management Authority (KSDMA), says, “The IMD still hasn’t declared a heat wave in Kerala. However, precautionary measures have been taken since there were warnings of possible heat wave conditions in the state.” The meteorological department proclaims a heat wave when the deviation in temperature is between 4.5 and 6.4 degrees Celsius.

Kuriakose adds that in 2010, there was a similar situation, but people were not alarmed as there was less media attention then. Regarding the toll of the high temperatures, he remarks, “We have become less tolerant of extremes and more sensitive to climatic changes bec­ause of our changing lifestyles.”

Regardless, the weather cannot be taken lightly. “This kind of prolonged surge of heat is unprecedented in Kerala,” says Dr S.I. Hafees, deputy superintendent, Government General Hospital, Thiruvananthapuram. “We see around 20-25 cases of heatstroke in the hospital. Because of the rise in atmospheric temperature, body heat also goes up. Once it crosses 40 deg­rees Celsius, metabolic functions are affected.” Throbbing headaches, nausea, diziness, lack of sweating and muscle cramps are some of the symptoms of sunstroke.

The surging heat has crippled daily life across the state. The KSDMA has issued strict warning against exposure to direct sunlight from 11 am to 3 pm. With less than a month to go for the general elections, roads remain desolate in this politically hyper-active state.

Businesses have been affected as shops and restaurants don’t get customers during the day. “People are not stepping out till late in the evening,” says Sahaduddin, who runs a store in the heart of Thiruvananthapuram. Food delivery staff are also suffering as they race to dispatch orders. “We have instructed them to carry water bottles and not wear black clothes,” says Kuriakose of KSDMA. The state labour department has issued a statement that people should not work outdoors between noon and 3 pm. However, there are reports that contractors have made construction workers labour in the scorching sun.

The IMD forecasts high temperatures in the coming days and there is no prospect of summer showers either. However, Kerala is not sweltering alone. On April 2, the IMD recorded heat wave conditions in parts of Maha­rashtra, Madhya Pradesh, Gujarat and Chhat­tisgarh. The institution predicts that the average maximum temperatures from April to June will be  higher than normal in parts of central and northwest India. Sum-mer, it seems, is here to sizzle across the country.