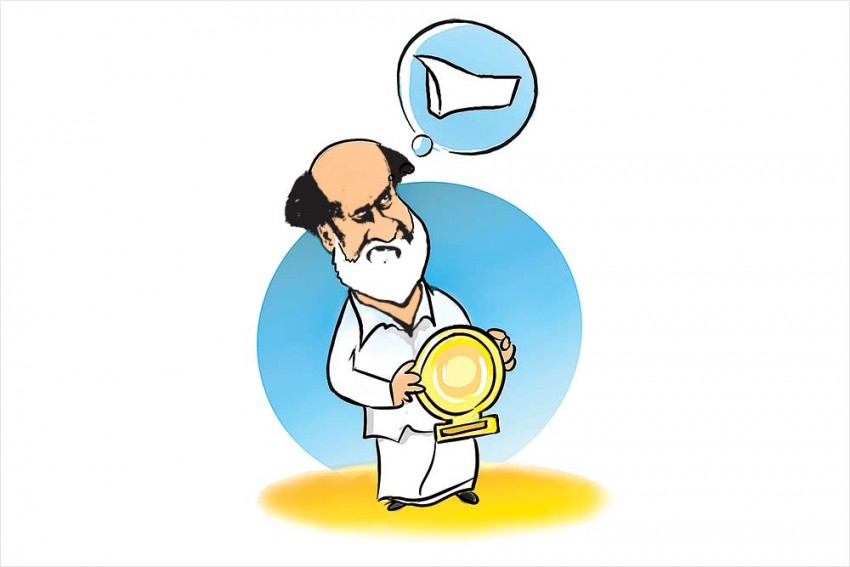 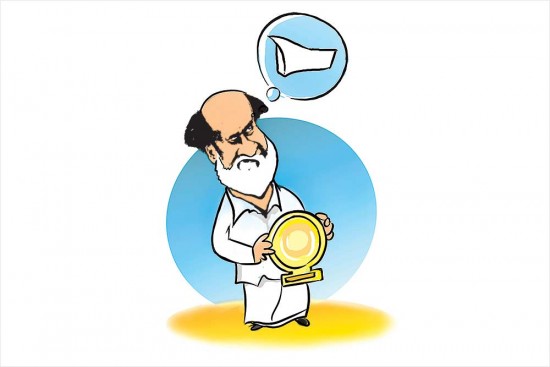 All The Rajini Fans

Mind it, Rajinikanth’s entering politics—and who’s stopping the fan-mill when the crackerjack of stardom declares/hints at the role of a real-life neta. The superstar did not join politics, politics joined Rajinikanth. So goes a quip. Some can’t wait for “elections to win Rajinikanth”. And there are folks who fancy their party joining Rajinikanth. Some ask: Is the I&B ministry’s decision to confer the Icon of Golden Jubilee Award at IFFI 2019 on Rajinikanth an attempt of the BJP to lure him before the 2021 Tamil Nadu state elections? What if Rajinikanth goes with the AIADMK, given its fine show in the recent bypolls? Psst! The award drew sniggers from fans of Kamal Haasan, senior to Rajinikanth, and who, in hallowed Tamil tradition, left cinema to join politics. 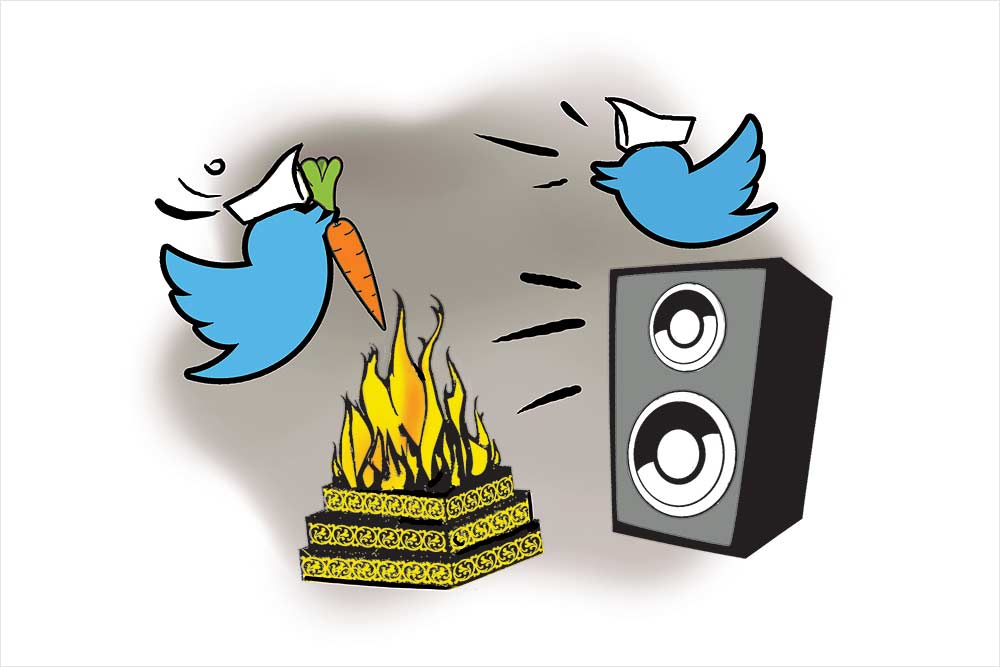 Laboured breath, watery eyes and sniffling noses—if air pollution in north India wasn’t bad enough, the political baloney added nitrous oxide (N2O) to the toxic cocktail. These modern-day Neros don’t play the fiddle as the stubble burns—they pontificate on Twitter. They sweet-tweet advisories for a calming effect: like the environ­ment minister’s advice to people to start the day with music; and the health minister suggests carrots against “pollution-related harm”. What truly took everyone’s breath away was a UP minister’s quote: “Stubble burning is natural…. The government should hold a yagya to appease Indra (the rain god). He will set things right.” Let’s have an  ashwamedha yagya; set the horses free. 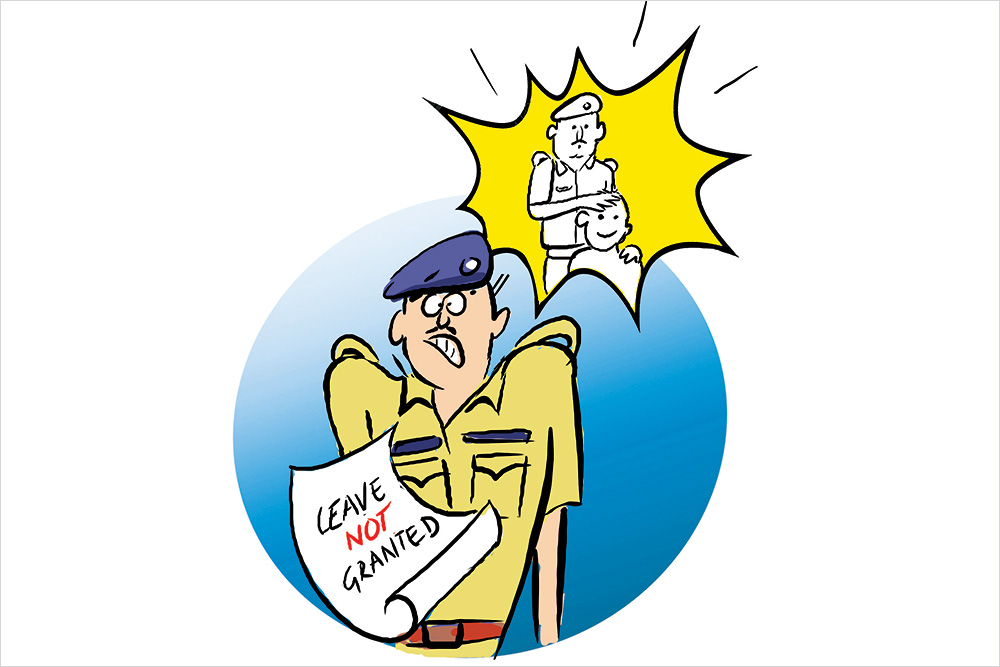 No more excuses. No faking a death in the family or coming up with an equally hor­rendous excuse to take that break from work. Samastipur police in Bihar had got its cops swear a pledge in writing while applying for leave for Chhathh Puja. The form read: “I ...take a pledge in the name of the Chhath deity that I am observing Chhath Puja for the last...years. Oh goddess Chhath! If I take leave on a lie, my children and my whole family will be cursed.” But given the track record, even the solution to French leave needed some solving. So, the superintendent of police can­c­e­­lled all leaves regardless of the pledge—which was one too many. 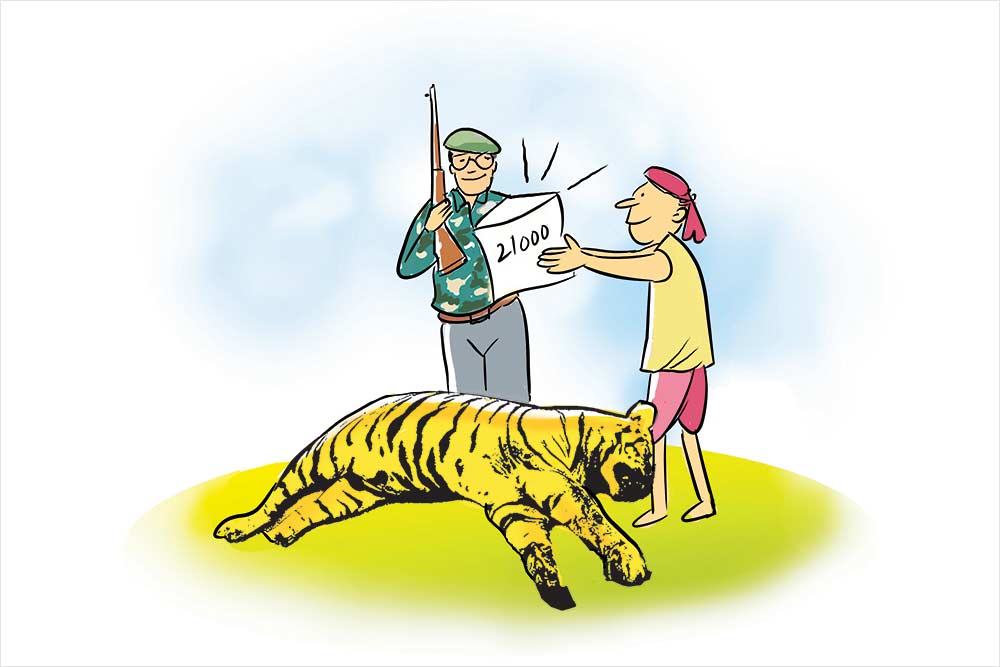 For the longest time, the biggest threat in Yavatmal district was a four-legged stalker—tigress Avni. Her kill count: 13 people. That is, until the Maharashtra government hired (controversially) Hyderabadi hunter Nawab Shafaket Ali Khan. He put her down a year ago, but he is still ‘hunting’ for the money promised. The people, however, are not as thankless—residents of 19 villages of Savarkeda tehsil organised a felicitation on November 2, the first anniversary of Avni’s death, and gave him Rs 21,000. What’s next—a nursery lesson in the cautionary tale of the Pied Piper of Hamlin for state authorities? 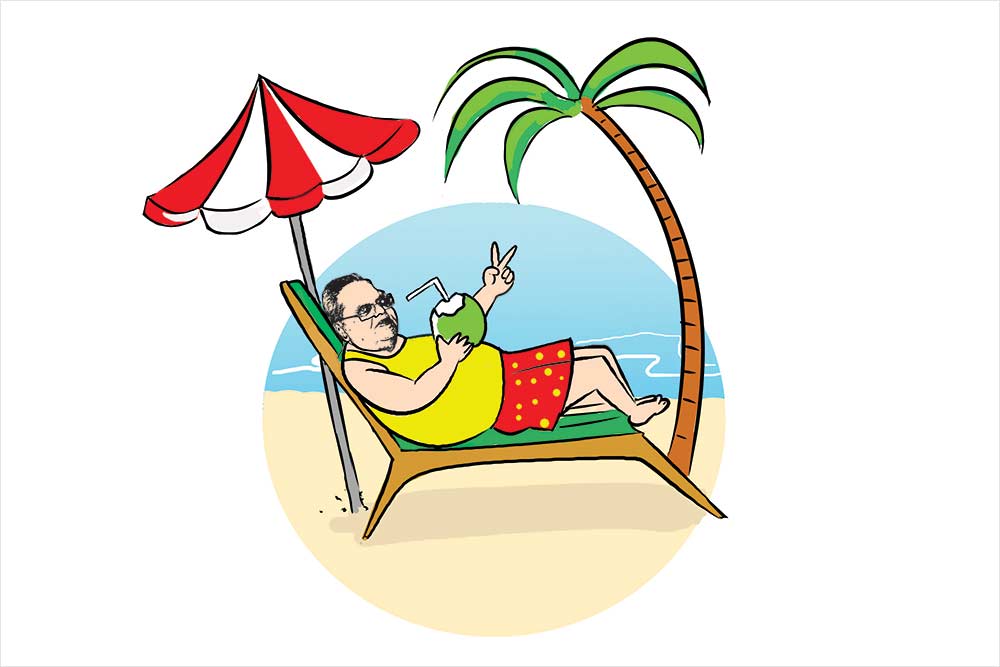 Are you a beach or a mountain person? Only the hoi polloi need to choose between these silly binaries, not Satya Pal Malik, recently appointed governor of Goa. Yes, he’s the last governor of the state of Jammu and Kashmir during a turbulent period. He has left behind the “problematic” Valley for a relaxed, palm-fronded lido. “I have handled all issues successfully there. Now, it is a peaceful and good place,” he told reporters. Indeed! How would you like to enjoy your new assignment? Shaken or stirred?

Hostel Is Hotel With An S In Middle

Here’s advice to bureaucrats before boo­king a hotel for political detainees: check online sites for budget options to avoid footing a bill that can command a shikara to zip like a jet ski. Why blame Srinagar’s Centaur Hotel for a bill of Rs 2.65 crore for the five-star hospita­lity given to 31 political leaders, including Sajad Lone and Shah Faesal, since August 5, when they were kept under “preventive cust­ody”? The government is gazumped—the hotel over­cha­rged, it says: Rs 5,000 for each detainee, much more than the government-approved rate of Rs 800. The detainees could be shifted to the MLA hostel in Jammu—no more money to burn to keep them warm in the winter.

Like the game, politics is all snakes and lad­­ders. Shivraj Singh Chauhan found himself in the snake pit when his own BJP sidelined him for the loss in the assembly polls. But the former Madhya Pradesh CM was escorted up the ladder at an event marking MP’s 63rd foundation day. Successor Kamal Nath insisted that he not only share the dais with him but also address the gathering of 50,000. The snakes were back the foll­­owing day as Congress leaders spewed bile—that Chauhan needs a Congre­ss platform because the BJP is obliging his rivals with roles like state unit chief and leader of opposition. 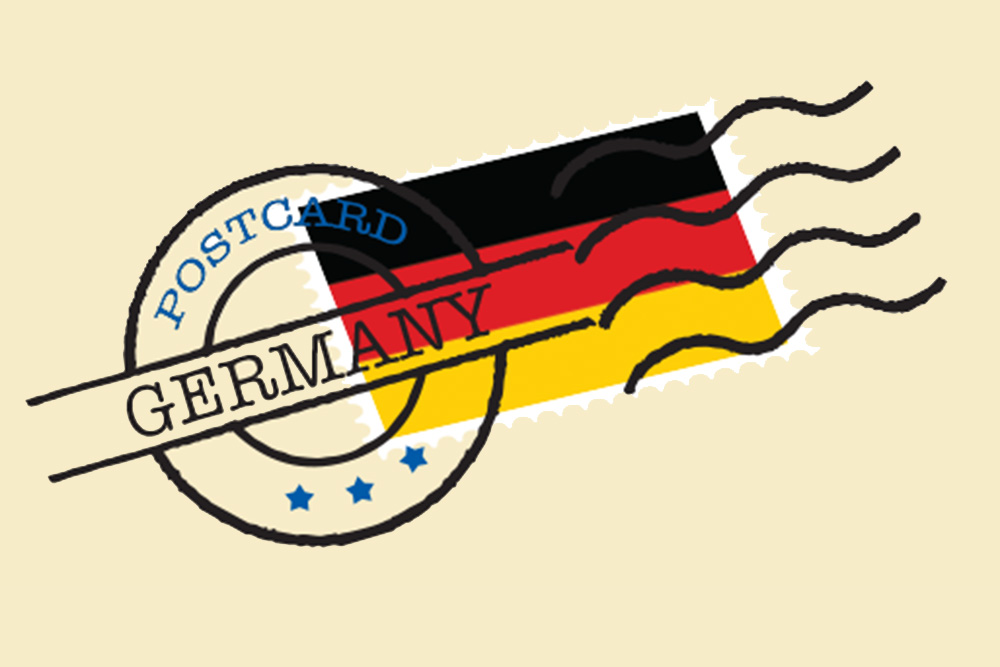 Always sensitive of its militarist past, a city in Germ­any has declared a “Nazi emergency,” saying it has serious problem with the far-right. Saxony’s capital Dresden has long been viewed as a bastion of the far-right and is the birthplace of the anti-Islam Pegida movement—something that has come into sharp focus in recent years.

According to the BBC, state councillors have now approved a resolution saying more needs to be done to tackle the issue.

The word they coined, ‘Nazinotstand’, suggests a serious problem, something similar to the climate emergency.

Maz Aschenbach, from the left-leaning satirical political party Die Partie, who tabled the resolution, said, “The open democratic society is threatened.” He argued it was necessary to take action because politicians were not doing enough to “position themselves clearly” against the far-right.

The far-right has had a strong base in Dresden. But the resolution against the threat passed in the state council has come in for criticism.

The resolution acknowledges that “right-wing extremist atti­tudes and actions... are occurring with increasing frequency” and calls on the city to help victims of far-right violence and protect minorities. It was put to a vote by Dresden’s city council on Wednesday and approved by 39 votes to 29. However, Germany’s governing Christian Democrats (CDU) were among those who rejected the resolution.

“From our point of view, this was primarily an intended provocation,” Jan Donhauser, chairman of the CDU City Council Group, told the BBC. “‘The focus on ‘right-wing extremism’ does not do justice to what we need. We are the guardians of the liberal-democratic basic order and no violence, no matter from which extremist side it comes, is compatible with it,” he said.

Mr Donhauser insisted that the “vast majority” of Dresdeners were “neither right-wing extremists nor anti-democratic”.

Kai Arzheimer, a German politics professor who has written extensively on far-right extremism, was quoted as saying, ““I don’t think that any other German city has declared a ‘Nazi emergency’. Resolutions against right-wing extremism are not so uncommon, however.”

The state of Saxony has also long been a stronghold of the far-right National Democratic Party of Germany (NPD) and later the far-right Alternative for Germany (AfD) party. Support for the AfD surged, up 17.8 per cent from 2014 to finish on 27.5 per cent.

Dresden is also where the anti-Islam Pegida (Patriotic Europeans against the Islamisation of the West) movement began in 2014, and where it continues to hold rallies.