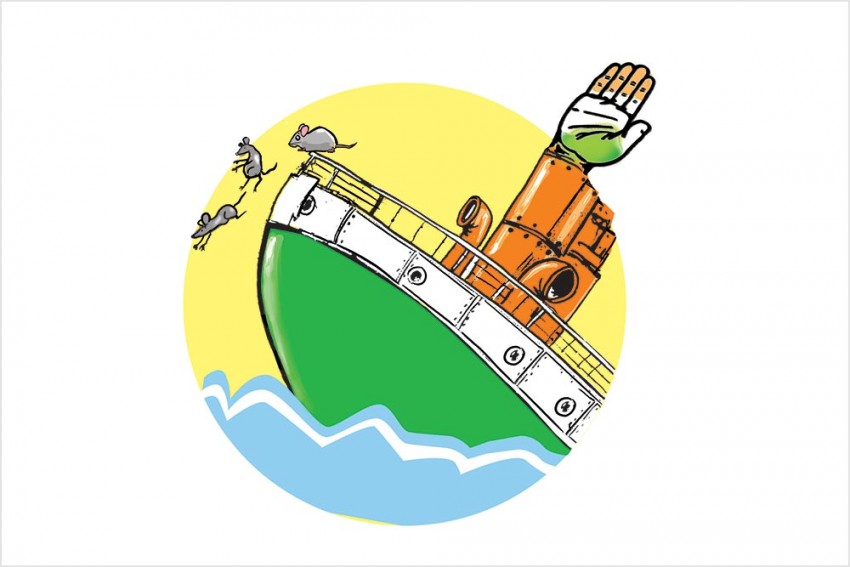 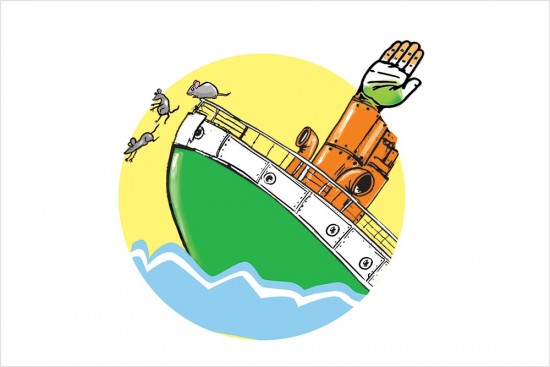 Sparring Satraps On A Sinking Ship

The Congress’s problems are mounting in Jharkhand. Months before the state votes a new assembly, popular leader Ajoy Kumar walked away to AAP. The party appointed Rameshwar Oraon as its state president, hoping that a leader­ship change would bring some stability. But that hasn’t gone down well with another satrap—Sukhdeo Bhagat, who alleges that Oraon plotted his Lok Sabha polls defeat (Lohardaga constituency by 10,000 votes) as he too was eyeing the seat. Bhagat is upset with Congress’s state in-charge R.P.N. Singh, too, accusing him of preciptating the party’s internal rot. He holds his bêtes noire responsible for Kumar’s exit. Next? Weigh options—to quit or stick around until winter. 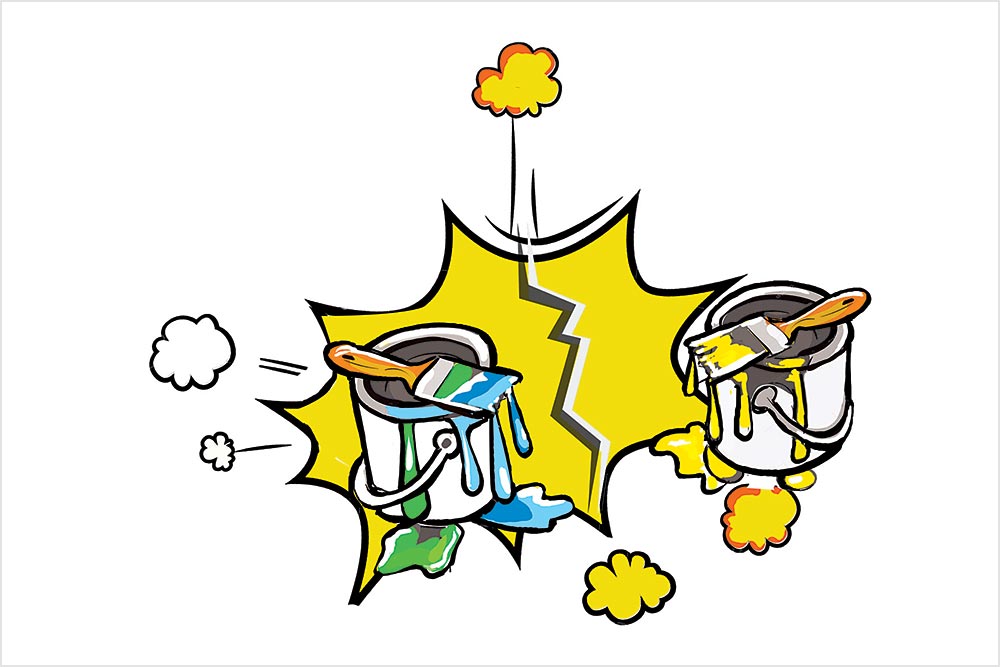 The YSR Congress’s latest attempt at good governance involves making its party colours—blue, green and white—omnipresent across Andhra Pradesh. Not only has CM Jagmohan Reddy pain­ted and renamed Anna Canteens as ­Rajanna Canteens, he has also ordered all 11,158 gram panchayat offices in the state to be done up in party hues. Recently, this colouring drive took a rather morbid turn. A TDP MP tweeted a photo of a cemetery, whose walls, arches and a room were spruced up with coats of blue, green and white. Not to be outdone, YSRCP members shared photos of a public toilet and crematorium painted in TDP’s hallmark yellow!  We wonder what the electorate makes of this Holi of brand colours. 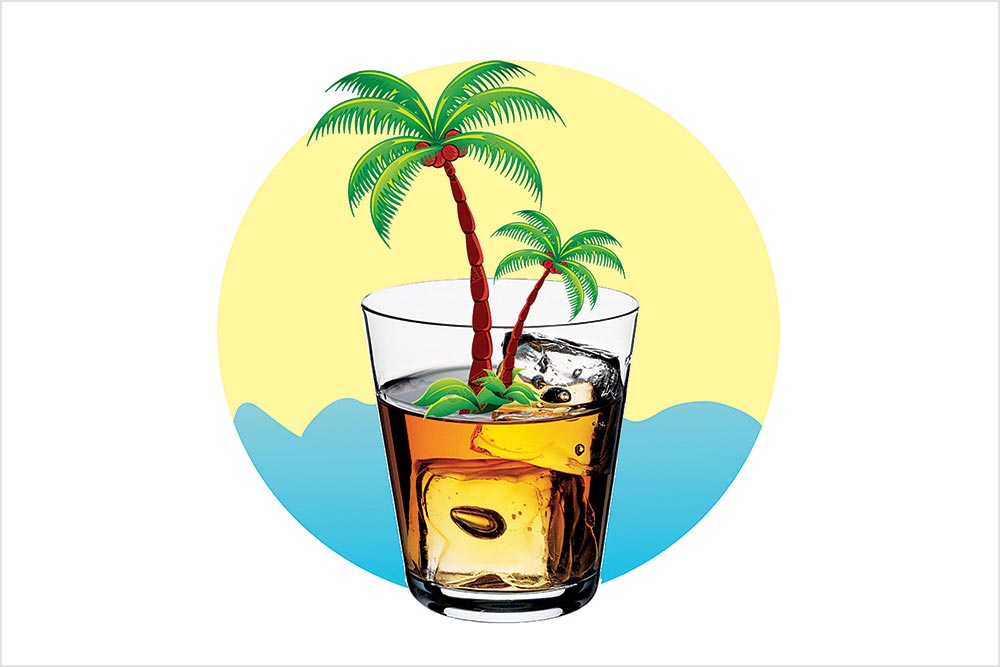 Even for a state with the highest alcohol consumption in the country, Kerala has outdone itself. In the eight days leading up to Thiruvonam, between September 3 and 10, the state consumed alcohol worth at least Rs 487 crore. That’s quite a staggering figure considering Kerala’s population is only around 3.5 crore. Remarkably, it does not include the alcohol sold at bars and restaurants, nor bootleg liquor. The government has a monopoly on alcohol retail in the state and one of its outlets in Thrissur district made sales of Rs 1.22 crore in just 12 hours on the eve of Onam. The cherry on the cocktail? With most of the drinking seemingly confined to homes and bars offering drop services to loyal patrons, accidents related to drunken driving dropped marginally. 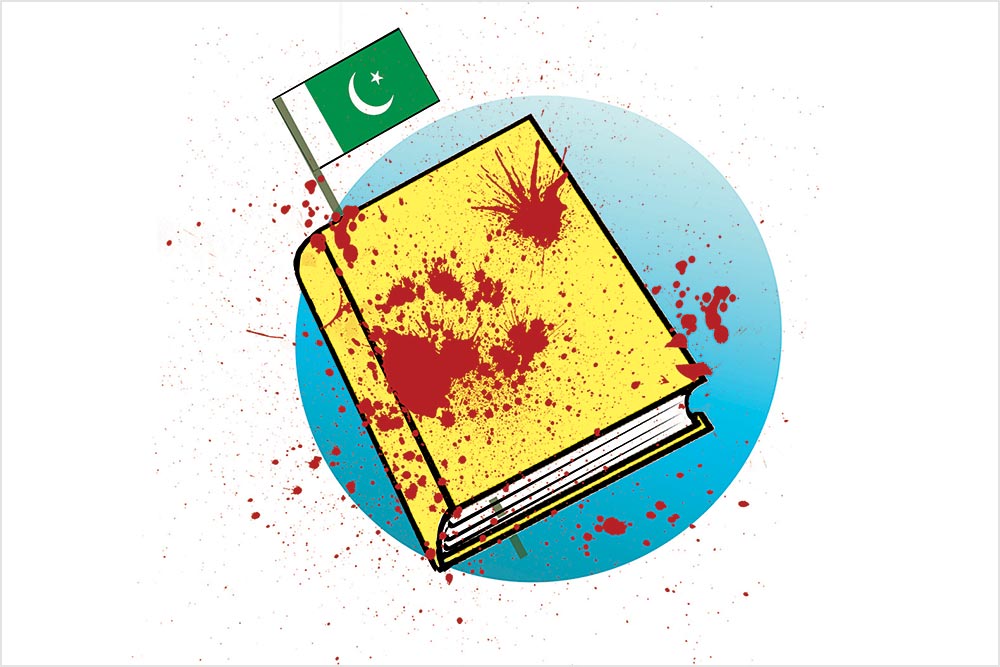 No Oedipus Rex In Pakistan

The murder of Khalid Hameed, an English lecturer at Sadiq Egerton College in Bahawalpur, Pakistan, has left the teaching fraternity in the conservative city unnerved. After Hameed parked his car and unlocked his office, his student Khateeb Hussain hit him on the head and stabbed him repeatedly. During his interrogation, he said he had killed Hameed because “he used to bark against Islam and utter derogatory remarks every day”. However, Hameed’s family says he was a devout Muslim and his colleagues claim he was a well-liked teacher who had never been provocative. With little information regarding the motives of the killer, teachers are playing it safe and avoiding controversial topics. “For the last 25 years, I never felt the pressure I am feeling now because every word can create a problem,” says a professor who is worried about teaching Oedipus Rex in his classes. 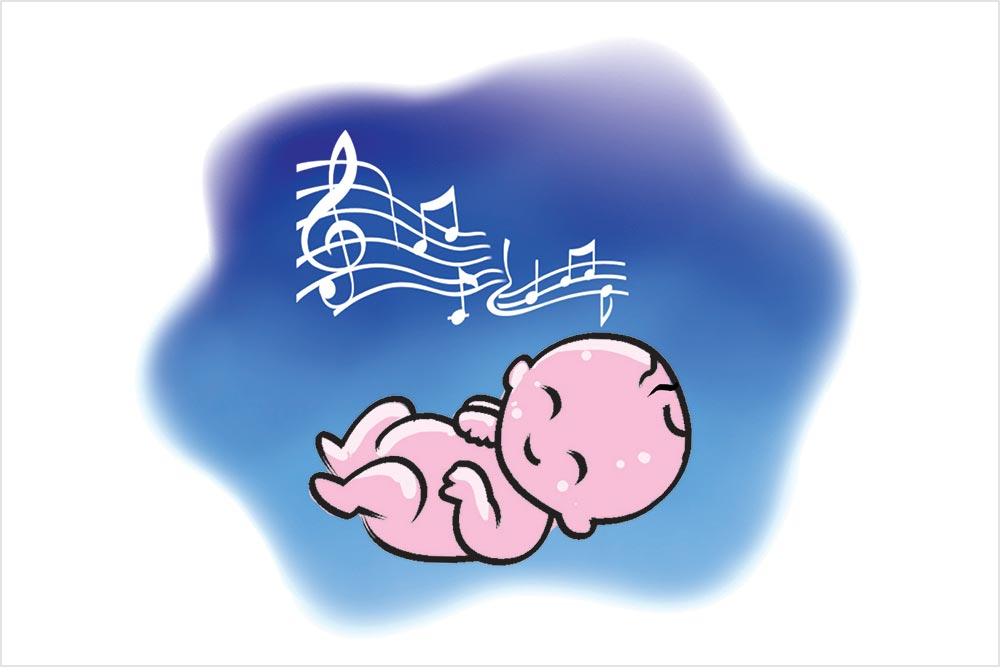 We Whistle Too, Mr MP

Rakesh Sinha, a Rajya Sabha MP, was so impressed with Meghalaya’s Kongthong village’s practice of bestowing a signature tune on each child instead of a name that he pushed for its inclusion in the UNESCO list of intangible cultural heritage. This prompted neighbouring villages to blow the whistle on his exclusion by omission. They too have a similar practice—of the 53 villages in the Khat-ar Shnong region, 23 assign tunes to their kids until they grow up—and feel slighted by the focus on Kongthong. If nothing else, they hope that the national attention would result in their villages being connected by roads—like their famous neighbour Kongthong is.

The DMK has put the CPI and CPI(M) off balance(sheet) after it filed an affidavit declaring its payment of Rs 15 crore and Rs 10 crore respectively to the two parties. Two CPI(M) candidates disclosed only Rs 81 lakh in their affidavits to the EC. Where did the ­remaining Rs 9 crore go? Also, the DMK gave Rs 15 crore to the Kongu party and Rs 50 lakh to VCK candidate Ravikumar. Both had contested under the DMK symbol. Their statements, too, fall short of the amount received. It’s rumoured that the money was rerouted to DMK candidates whose spending limit was below Rs 70 lakh. Round-tripping, anyone?

A hanging chunk of ice the size of an apartment block has forced Polish daredevil Andrzej Bargiel to abandon his bid to ski down Mt Everest. The 31-year-old, who skied down K2 in 2018, was making a rare attempt to summit the world’s tallest mountain and then ski down without supplemental oxygen. But a block of glacial ice hanging dangerously above the treacherous Khumbu icefall, which climbers have to cross to reach Camp 1, forced Bargiel to call off his expedition. The world’s highest peak has seen a handful of ski descents, but never a continuous downhill without additional oxygen.

People have been organising grand funerals for their friends and relatives—and even pets—for millennia, but few have done so for glaciers murdered by climate change. However, as warming intensifies, ‘glacier funerals’ are likely to become more commonplace.

On September 22, hundreds of people donning funeral fineries—black suits, dresses and veils—paid respects to Pizol glacier in the Glarus Alps in eastern Switzer­land. “Pizol has disappeared. There will be some snow left, but the glacier is no more,” Matthias Huss, a glacier specialist at ETH Zurich ­university, told CNN.

Pizol stands at an altitude of about 2,700 metre, and has lost 80-90 per cent of its volume since 2006, leaving behind 26,000 sq m of ice—less than four football fields. “There are several small pieces of ice lying around, but these are increasingly being covered by rock debris from the mountain. Given what is left of it, we can no longer call it a glacier in scientific terms.” Pizol has been monitored since 1893 and will be the first glacier to be delisted from GLAMOS, the Swiss glacier surveillance network.

Around 250 people hiked for two hours up to the glacier, where a priest gave a speech to commemorate the retreating ice, said Alessandra Degiacomi, coordinator of the Swiss Association for Climate Protection, and organiser of the funeral march.

“Eighty per cent of the glaciers in Switzerland are more or less the same size as Pizol,” Degiacomi told CNN. “The disappearance of Pizol is a warning sign. This is what is going to happen if we don’t change something about our behaviour.” According to her, the Swiss Association for Climate Protection had obtained 120,000 signatures—more than the 100,000 required—to launch a popular initiative demanding that Switzerland reduce its greenhouse gas emissions to zero by 2050. “We want to have a carbon-neutral Switzerland from 2050. We want to decarbonise the country,” she added.

In July, scientists memorialised the demise of Okjökull, the first Icelandic glacier lost to climate change, with a plaque. Closer home, studies warn that Himalayan glaciers are also melting at a dramatic rate, losing almost half a metre of ice each year.