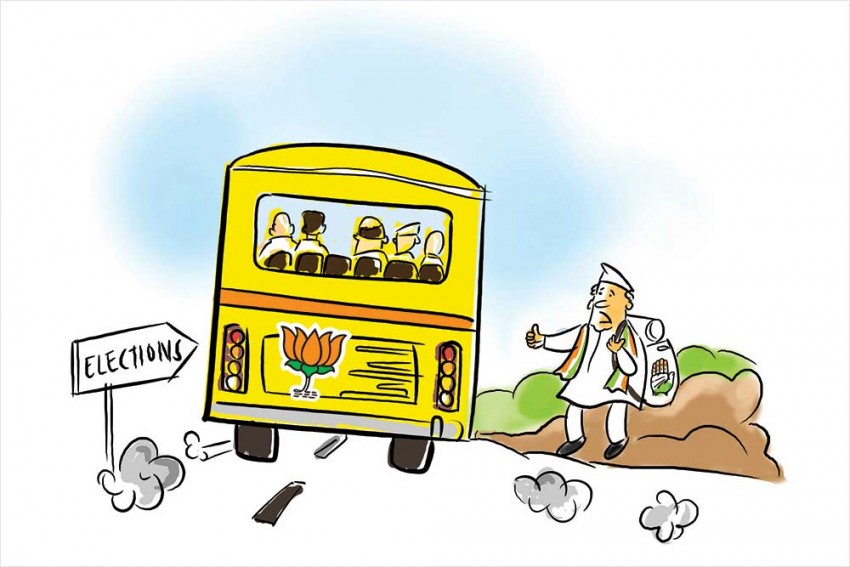 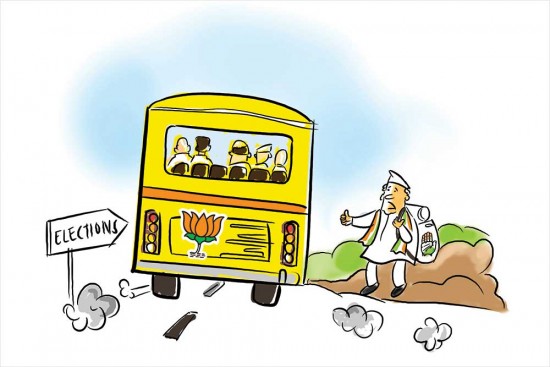 Tchk, tchk! Got a seat, can we ride along? Desperate members of the opposition camp are sending overtures to the BJP units in poll-bound Maharashtra, Haryana and Jharkhand. The anxiety to cross over is so high that Amit Shah’s recent remark that the Congress and NCP in Maharashtra would be left only with Pri­thviraj Chavan and Sharad Pawar if the BJP “opens its doors” wasn’t an exaggeration. The BJP is confident of retaining power through its sitting lawmakers. And hence, it has turned down several requests and left at least three senior Congress leaders sulking. These leaders are worried that the Congress might field them despite the near-certainty of a defeat. 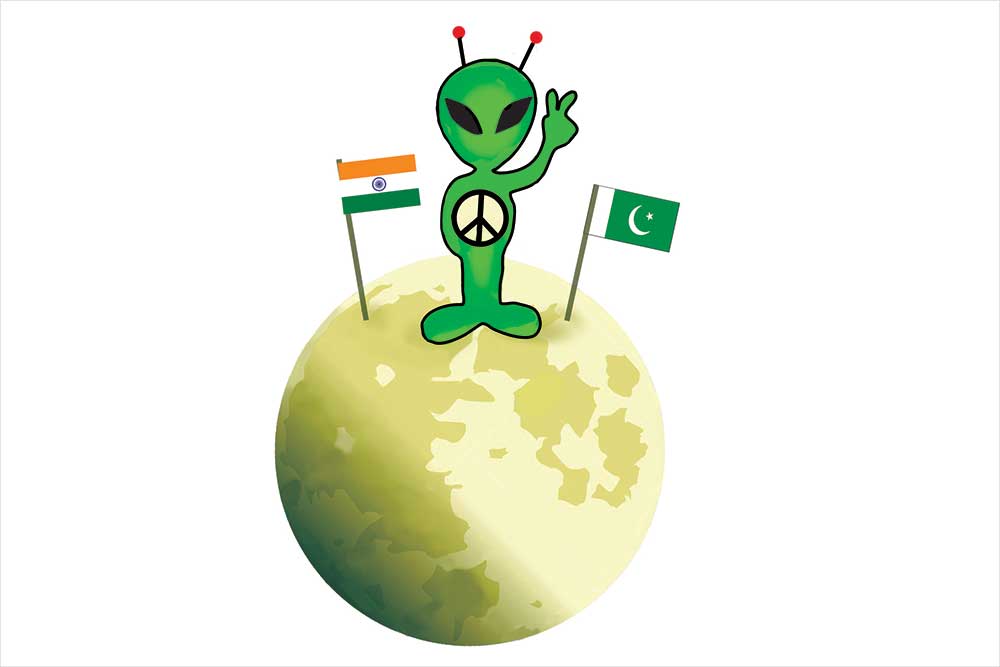 Here’s a reality check for those blaming the dashing of India’s lunar dreams on ISRO or faulty planning. The real reason behind Vikram not landing on the south pole of the moon is actually India’s nuclear weapons and pesky peace-loving aliens. Or so claims Sabir Hussain, the director of the Indian Society for UFO Studies. “Both countries have been threatening each other with nuclear attacks. But what their leaders don’t realise is that they can use their weapons only if UFOs decide to allow them,” he explains. So would things have been turned out differently if Imran Khan and Modi had crooned Give Peace a Chance? “In my opinion,” declares Sabir, “this Vikram episode is just a warning to the Indian leadership from UFOs: If you can’t take care of your world, then don’t come to ours.” 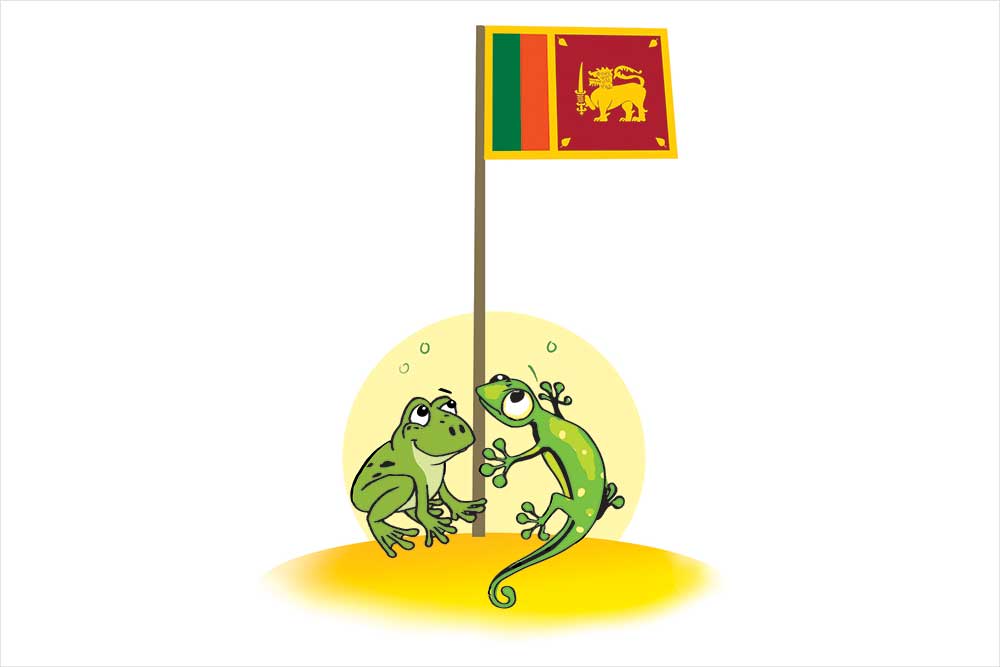 In a country still reeling from terrorist attacks, the latest flashpoint is the names accorded to geckos. A team of Sri Lankan scientists christened six newly discovered species of lizards after celebrated warriors and freedom fighters, causing an uproar in parliament. “If you touch a gecko’s tail, it snaps. Our heroes are not like that,” thundered a patriotic MP. A Buddhist monk lodged a formal complaint against the treacherous names and the police have begun a pre­liminary probe. However, not everybody is flicking their tongues at this imagined insult. “Just because a frog is named after me, people don’t call me a frog,” croaked an activist. 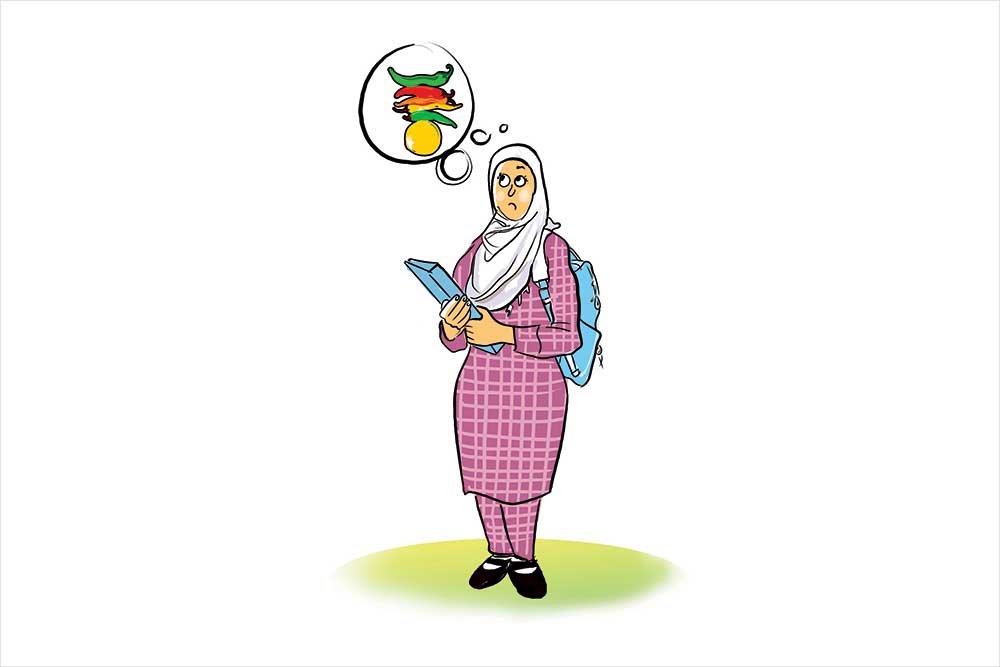 A.B. Hannan, a schoolteacher in Assam’s Karimganj district, went viral after making hijabs mandatory for all female students. “To protect my students from evil eyes and as a part of best personality of girls today I made compulsory wearing for my all girls students (sic),” he wrote on Facebook. What evil eye? He wanted to “save girls from ill-mannered boys who harassed them”. Hannan claimed that all the students of the school were Muslim and welcomed the decision. However, East Point Pub­lic School, which is open to students of all religions, rescinded the decision, prompting him to duly retract: “I have deleted my earlier post and apologise to all for hurting their feelings unconsciously. Jai Hind.” 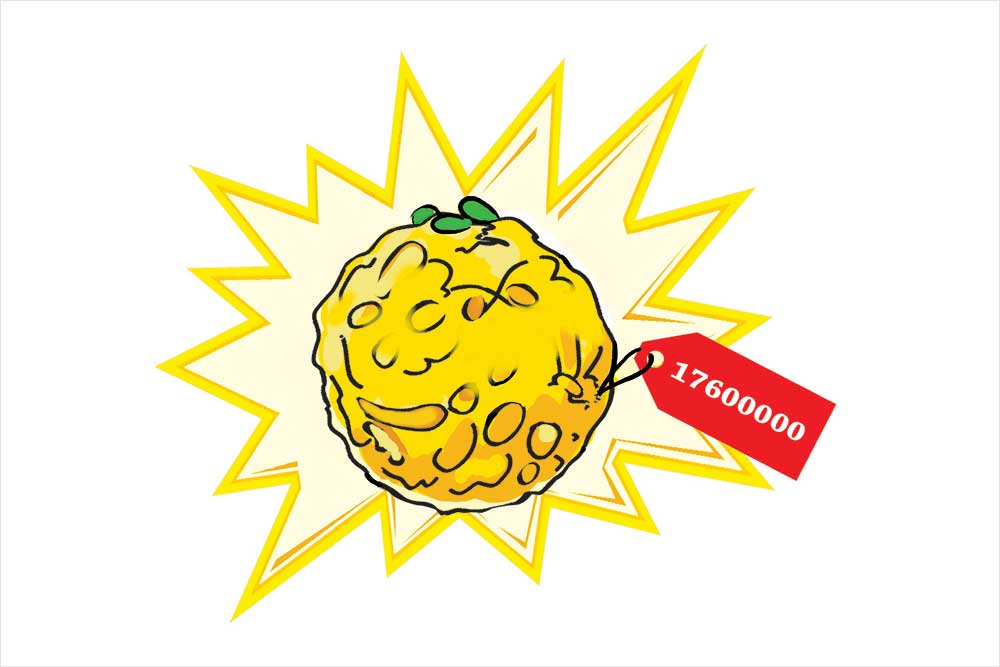 It’s not a Christie’s or a Sotheby’s, but the bidding wars in Balapur, Telangana, are no less intense. And all for a laddoo! Not just any laddoo though—it’s a 21-kg confection that the Balapur Ganesh Utsav Samithi Pandal puts under the hammer every year. The auction began at Rs 1,116 and within 15 minutes, was sold for Rs 17.6 lakh, a lakh higher than last year’s winning bid. The victor was Kolan Ram Reddy, an agriculturist and businessman from the town. He should know. This is the ninth time his family bagged the laddoo—their first winning bid was a mere Rs 450 in 1994.

Stalin By Any Other Name

Stalin has an old grouse: his name. Authorities in Russia questioned the DMK chief about his name when he visited the country in 1989. Much before that he was denied admission to a Chennai school as the principal wanted his father Karunanidhi to change his name…anything but the Soviet dictator. So M.K. Stalin now advises people to give their children Tamil names. State minister Jayakumar had a better suggestion: it’s not too late for Stalin to change his name. The DMK riposte: Stalin already has one—Thalapathi, Tamil for army general, an honorific but what the heck.

Members of the Mufti family have not only lost their freedom after the revocation of Article 370, it looks like they might end up losing their ancestral home too. Along with J&K’s special status, the government has withdrawn security for all members of the Mufti family. The Muftis have two homes in Bijbehara, which in the past, have been targeted by protestors and militants. According to a family member, Mufti Muhammad Amin, Meh­booba’s younger brother, “is finding it hard to stay in the house because of the volatile situation”. However, there are hardly any buyers for the property.

The thrill of being a policeman is a dream that many teenagers in different parts of the world share. The lure of the uniform, the badge and the licence to carry a gun are incentives that attract hundreds to the force every year. But these perks seem to have little effect in Mexico, a country known for its high rate of crime and violence. The Mexican government wants to recruit 50,000 police ­officers by 2022 for its recently formed ­National Guard. However, the numbers seem far out of its reach as few are willing to apply for the job.

The reason? The capital, Mexico City, as well as other parts of the country have one of the highest numbers of officers killed on duty. Last year, 421 police personnel were killed in Mexico in comparison to 55 killed in the United States that year. According to Causa en Comun, an NGO working to highlight the precarious conditions in which the police operate in Mexico, this figure is rising. In the first half of this year, 235 municipal, state and federal police personnel were killed, two more than in the same period in 2018.

Mexico is ­unable to fill vacancies for police officers as it has one of the highest numbers of ­officers killed on duty. The culprits often go unpunished.

BBC spoke to Ismael Ramos, a police officer who recalled the day in 2006 when his ­patrol partner, Telesforo Ramirez, was killed: “He was shot 11 times and died on the street.” The image of his colleague bleeding to death on the tarmac haunts him to this day. No one has been arrested for officer Ramirez’s murder, which still shocks his former colleague. “Nobody did anything. It was incredible. No one seemed to care about the case,” he says ­regarding the lack of proper investigation. He claims that members of a drug gang were responsible for the shooting.

But Ramirez’s case is by no means unique. Most murders of law-enforcement officers go unpunished. “It is easy to kill a police officer in Mexico,” says Maria Elena Morera, the president of Causa en Comun. “In the United States, when an officer is killed, there is an ­uproar. Here, it seems that nobody cares.”

Along with the murders of police personnel, the low regard in which law enforcement is held and modest salaries also make the job unattractive. The average salary of an officer is $600 to $700, which, they claim, is not enough to cover the basic needs of their family.

Besides, they often have to pay for their uniform and boots. No wonder the government is having a tough time filling the vacant positions.