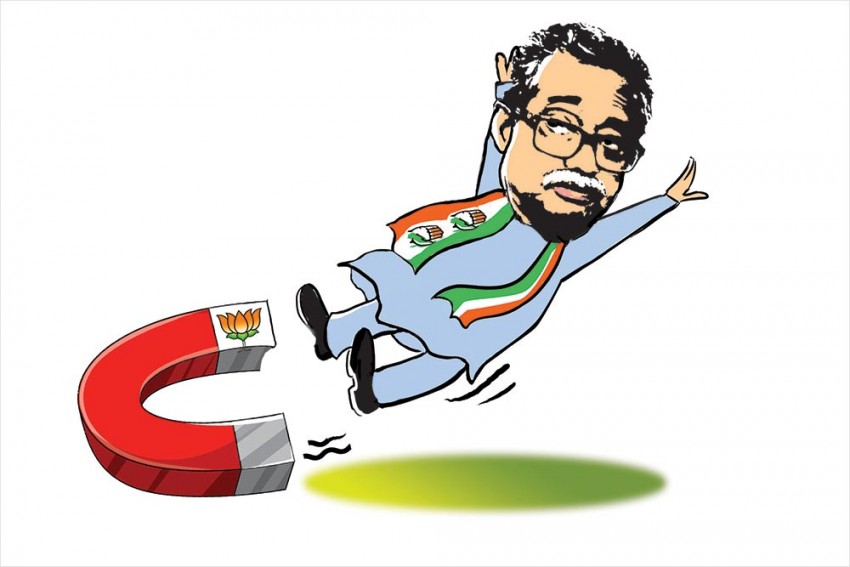 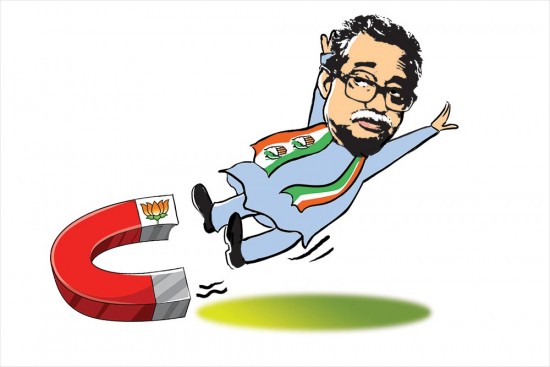 The camaraderie between Pranab Mukherjee and the RSS-BJP ever since he left Rashtrapati Bhavan has often embarrassed the Congress. The mutual admiration between Mukherjee, Narendra Modi and the Sangh—remember his acceptance to address swayamsevaks at the RSS headquarters in Nagpur?—has been fodder for speculation on the political machinations that may be afoot. Mukherjee’s children—daughter Sharmishtha and son Abhijit—are Congress leaders. But the way Congresswallahs are abandoning the party for the BJP, it’s rumoured that the junior Mukherjees might embrace the ruling group. Sharmishtha has dismissed talk of a loyalty shift; Abhijit, a former Lok Sabha MP for Jangipur, is silent. But the fly on the wall say the son is in contact with Mukul Roy and Kailash Vijayvargiya—the BJP’s poaching commanders in West Bengal. 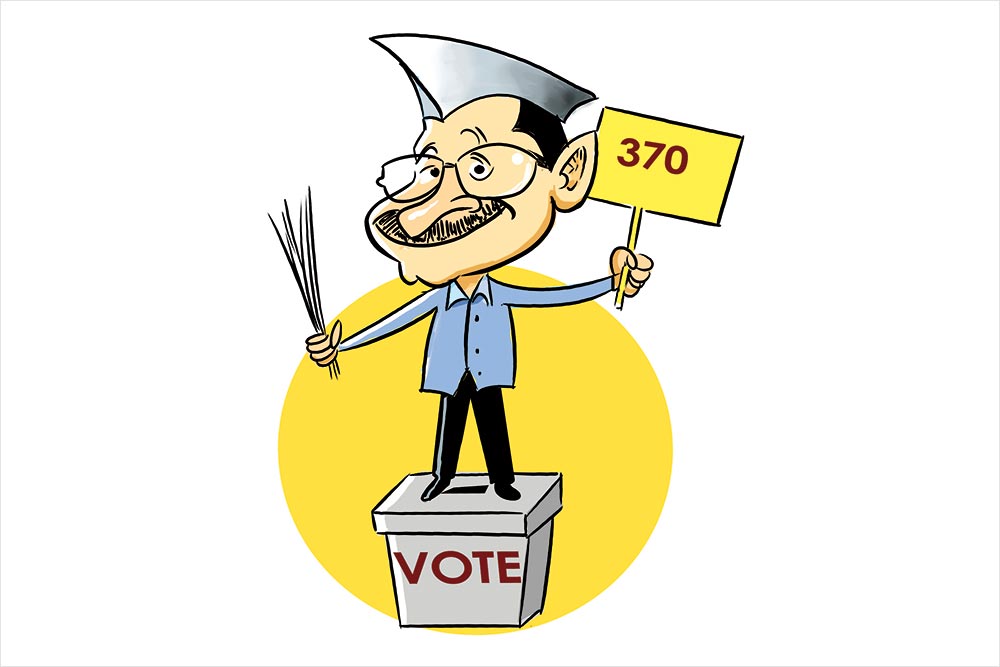 Arvind Kejriwal’s support to the NDA government’s move to abrogate Article 370 and downgrade Jammu and Kashmir from a full-fledged state to a Union territory left many stumped. Kejriwal and his AAP have spent the past five years in a bitter slanging match with the BJP-led Centre, demanding full statehood for Delhi. The buzz now is that Kejriwal, facing an election next year, does not want to fall on the wrong side of the nationalistic whirl that Article 370 has triggered. Speculation is swirling that Kejriwal might call for early polls, since his promise of free metro rides for women, more concessions on power bills and free WiFi seem to be gaining traction. And so, Delhi polls might coincide with those for Haryana, Jharkhand and Maharashtra, due in three months from now. 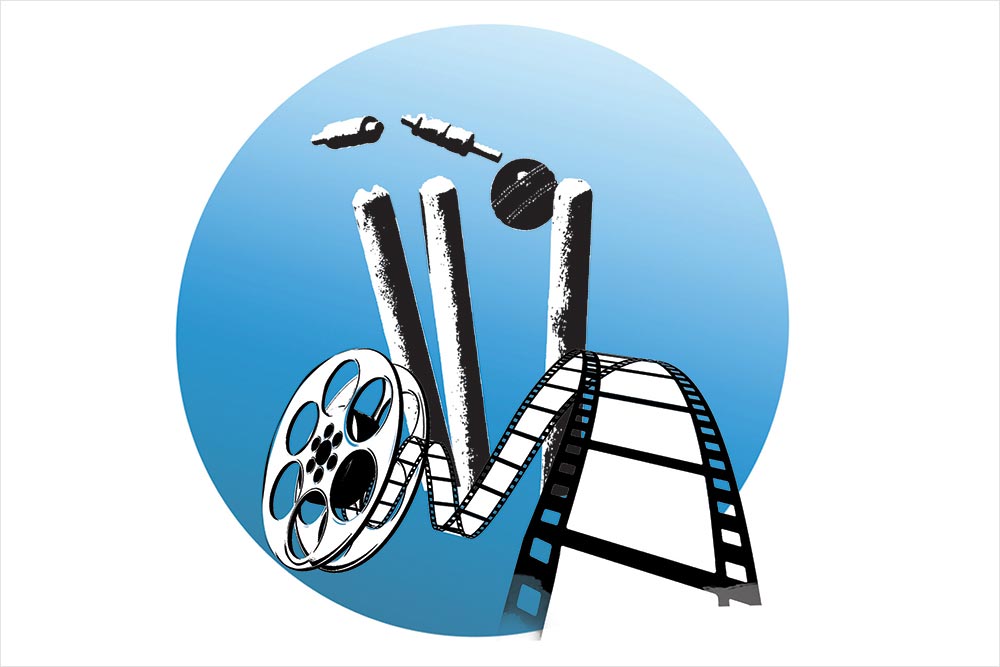 A Spin In The Tale

Muthiah Muralitharan might have long retired from cricket, but he continues to claim wickets—in the Tamil film industry. The Sri Lankan off-spin legend’s latest victim, though unwittingly, happened to be the popular Vijay Sethupathy. The hero known for some offbeat roles was thrilled when he signed up to play the off-spinner in a biopic titled Muthiah. But Tamil Nadu’s hypersensitive fringe groups cried foul, alleging that Muralitharan, a Kandy-born Tamil, never supported the Eelam struggle or had spoken out against the killing of Tamils in the final stages of the 2009 war. They asked Sethupathy to back off and the hapless star, who was already taking bowling lessons, did so reluctantly. 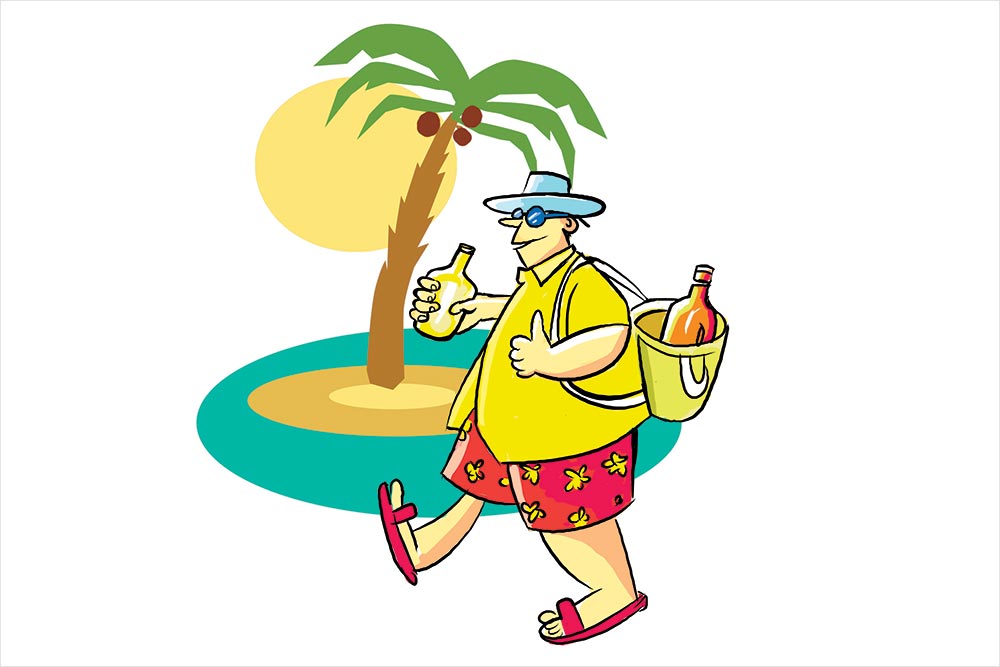 Sun, sand, sea and more booze to take home. Goa, we are told, wants to promote locally produced liquor and therefore, wants to allow tourists to carry back more than the two bottles permitted currently (that’s one bottle each of IMFL and the local brew). The excise department, CM Pramod Sawant was quoted as saying last month, will soon sound out neighbouring states, Maharashtra and Karnataka, on raising the peg. Will the good neighbours say cheers? We don’t know yet.

The Ramayana descri­bes the aerial escapades of Ravana, the antagonist. Now, the Sri Lankan government has embarked on the epic task of studying the Lanka king’s voyages—5,000 years ago (for believers)—on his Pushpaka Vimana. It is part of mounting Lankan interest about Ravana, who they believe was a benevolent scholar-king, with his kidnapping of Sita being Indian fake news. On the back of launching a satellite called Raavana, the nation’s first space mission, aviation experts, historians, archaeologists, and geologists met at Katunayake to anoint Ravana as the world’s first aviator. “This is not mytho­logy; it’s a fact,” asserted civil aviation vice chairman Shashi Danatunge. We won­­der who flew the kite first. 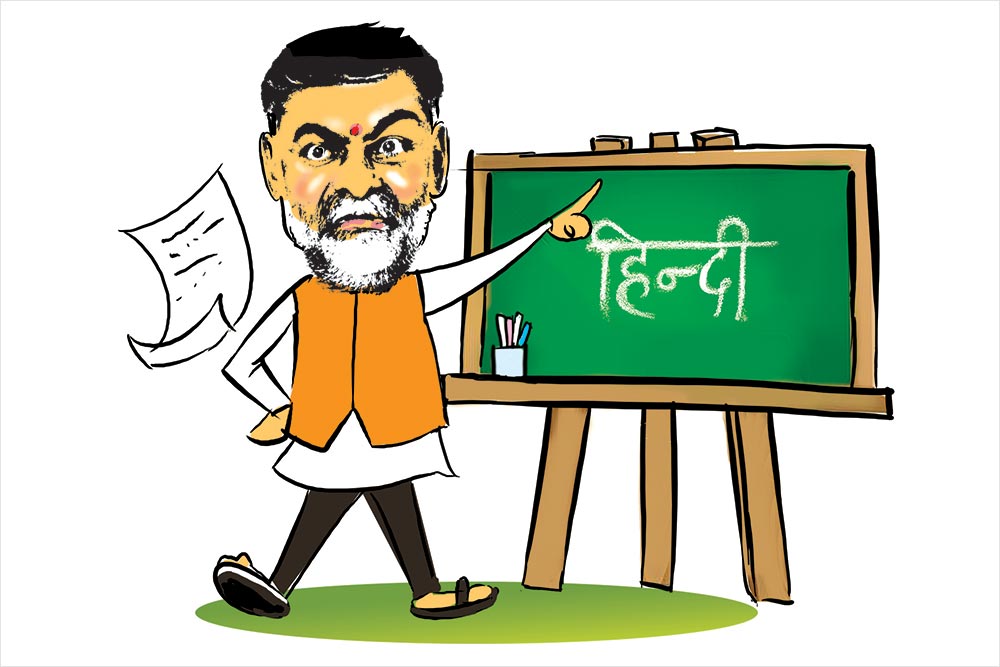 Irrfan Khan, as Raj Batra, says wryly in Hindi Medium: “My life is Hindi but my wife is English”. A little tweak in the dialogue (like “my life is English but my work is Hindi”) could encapsulate the predicament of tourism ministry officials on minister Prahlad Singh Patel’s Hindi watch. The minister wants each document, letter, report, minute of meetings either written or translated in Hindi. The ministry has translators, but they are not enough to handle the load. “Even proposals sent to minister has to be translated,” says an official, missing K.J. Alphons, the previous tourism minister, whose language of communication was English.

If knickers are economic markers, the men’s underwear index of growth, championed by Alan Greenspan, is so darn right. Not only are our car and shampoo sales going down, people are making do with their old chaddis—resisting buying any new—bec­ause of the economic slowdown. The aggregate revenue of Lux, Rupa, Dollar, and Jockey-­maker Page—the big four of anything inner, from boxers to bloomers—rose 4.5 per cent in three months ended March, the slowest growth in six quarters. 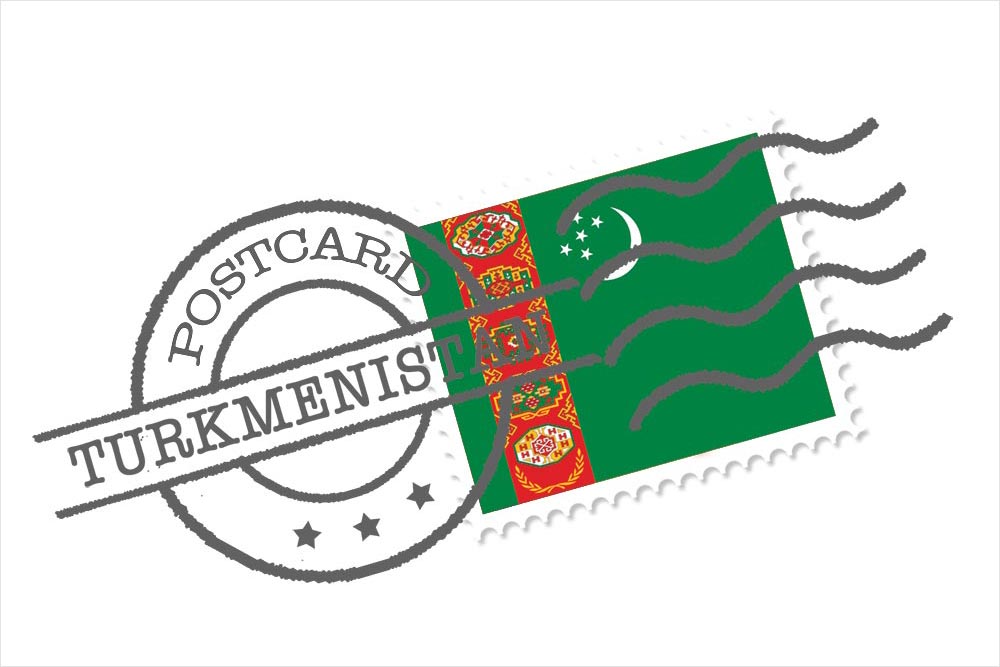 The disappearance of Turkmenistan’s high-profile president Gurbanguly Berdimuhamedov from the media and political life has led to largescale speculations about his whereabouts and well-being.

Initially, he was reported to have gone to Germany to look after his ailing mother; then it was said that he had died of kidney failure. But those rumours were scotched with the news of his having spoken to the Uzbek president. But then again, he has gone off the radar.

Interestingly, his disappearance from public life has brought Turkmenistan, usually away from the focus of the international media, to its centrestage.

A telegram message spread through Twitter on July 21 reported that the president had died from kidney failure. State sources promptly denied the rumours and announced on July 25 that Berdimuhamedov had spoken on the phone with the Uzbek president.

Media reports say that video clips of the president riding in a car and of him discussing the country’s economic performance were released on August 3 and 5, but most people considered them to be unreliable. Playing at guessing where the president might be has now become a pastime for the media and analysts. But most suspect something strange is going on.

The Turkman president’s disappearance has created conspiracy theories. Guessing where he is now is a national pastime too.

Berdimuhamedov has ruled Turkmenistan since 2007, when he was selected to replace the cou­ntry’s first president, Saparmurat Niyazov, who died in December 2006. Of the estimated 95 per cent eligible voters that cast their ballot, 89.23 per cent supported Ber­di­muhamedov. Re-elected in 2012 and again in 2016, he abolished term limits for presidential candidates and opened up for himself the possibility of remaining president for life.

There are four conspiracy theories on the disappearance. One, Berdimuhamedov is alive and is on holiday at a sec­ret destination. He may be taking time to reorganise his team without making it public. Two, he is at an undisclosed place and is being treated for some serious Illness. Three, he is dead and the news is kept a secret because a successor has not yet been found. Four, the president has been dismissed, Boris Yeltsin-style, and the elites are re-organising.

But, as an observer says, “We do not know the current state of Turkmen politics because the elites themselves do not know it...at least until the president’s health improves or definitely worsens.” Until then, there is bound to be more speculation about the country’s future.