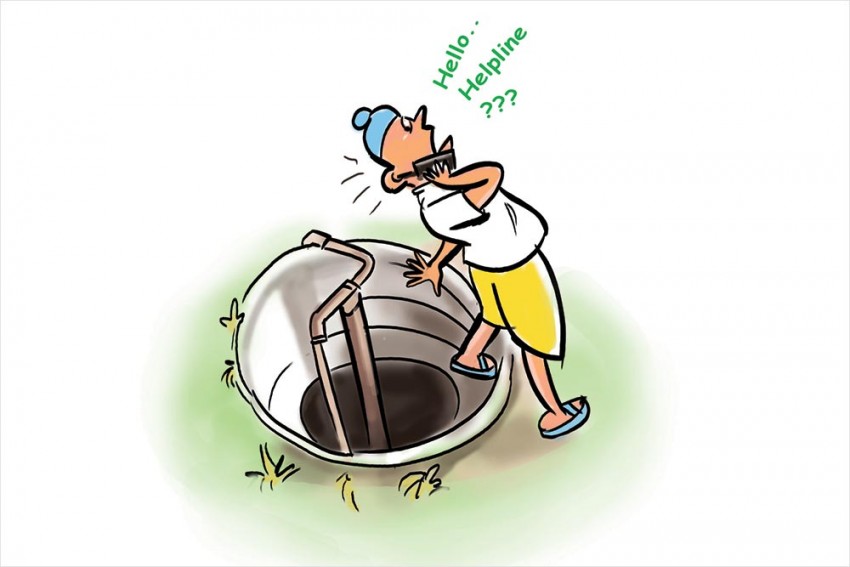 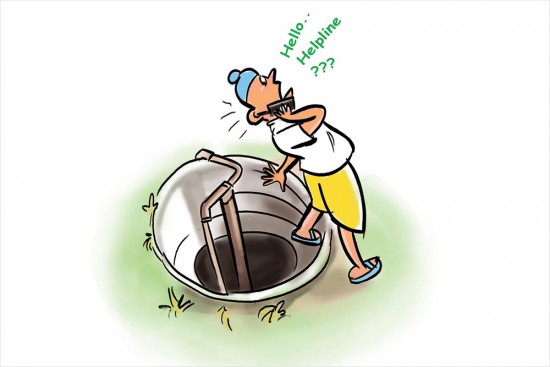 It was 109 hours. That’s how long two-year-old Fatehveer was stuck in a 125-foot bore well this June in Punjab’s Sangrur district before rescuers pulled out his body. Within 48 hours, the state sealed over 45 borewells and set up a helpline where people can report such open death-holes—the ones that dot thirsty Haryana and Punjab, and have been swallowing children. But then, do we really care? Even if we do, nobody wants to annoy the water deity. A borewell cap costs less than Rs 1,000, but people believe that covering the mouth would attract the khwaja pir’s wrath. So, the child sacrifices continue. Besides, these bottomless burrows have been a source of prime-time entertainment ever since five-year-old Prince’s rescue from such a pit in 2006. 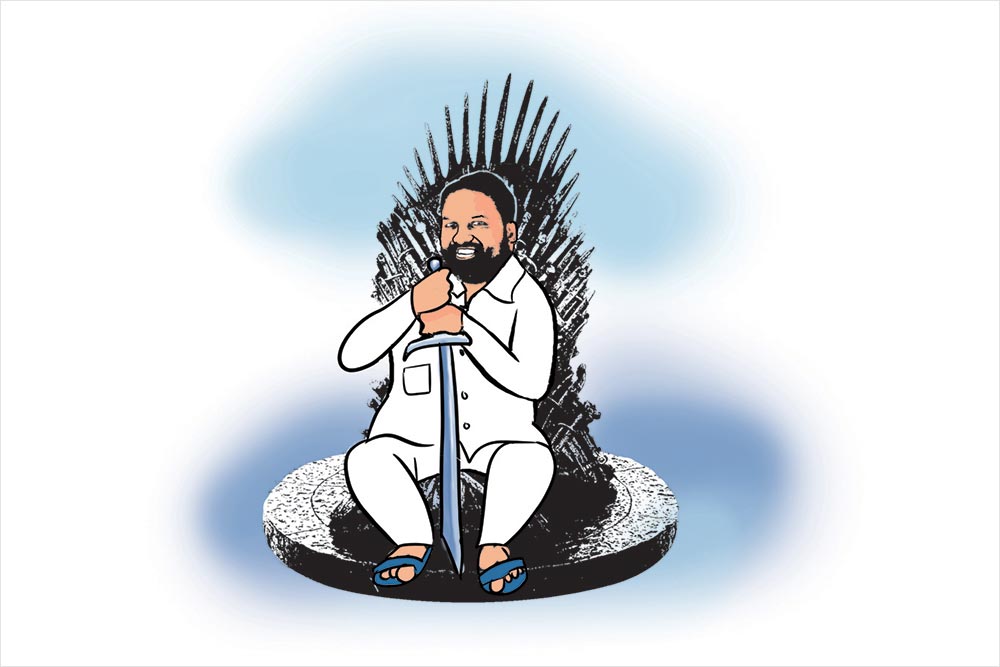 A Herd Of Babus

When Anup Kumar issued an order for transfer of 66 bureaucrats in Maharashtra, little did he realise that he was stepping on some big toes. Within 24 hours, Mahadev Jankar, a minister of the Rashtriya Samaj Paksha, a minor ally of the BJP, stayed the transfers. A senior official at the department said Kumar, the animal husbandry principal secretary, did not consult the minister before issuing the order, which hurt the latter’s pride. Once touted as a ‘fakir’ who had the power to take on an ‘emperor’ (Sharad Pawar), it seems Jankar is nowadays busy playing game of thrones with the babudom. 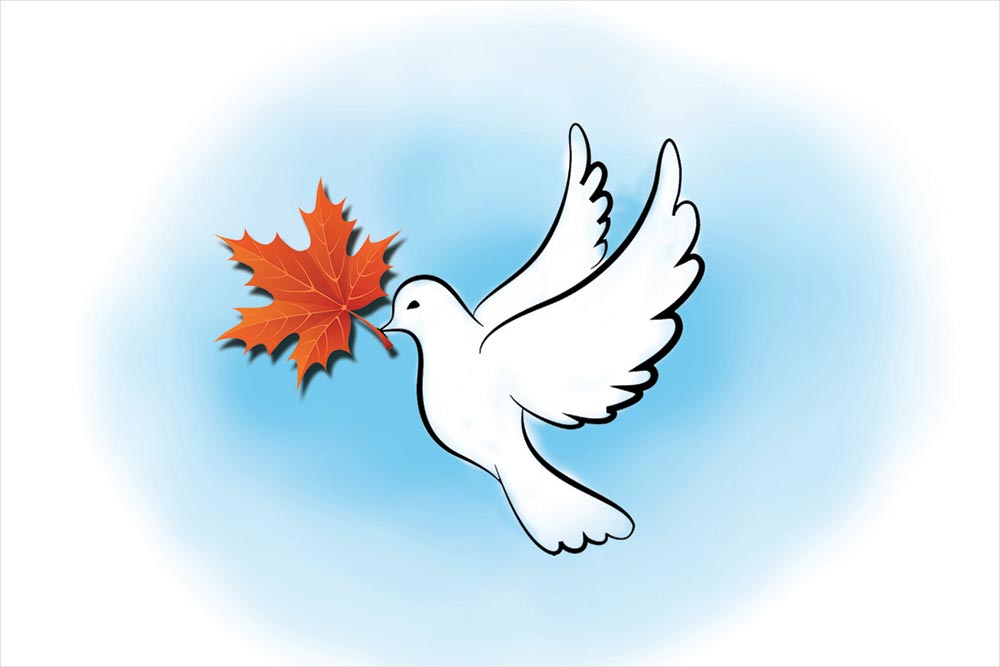 After lying low for months, Dineshwar Sharma, the Union’s special representative in J&K, is headlining again. On June 11, the 1979-batch IAS officer met governor Satya Pal Malik at Raj Bhavan. Internal security situation was their talking point, a Raj Bhavan statement declares. Sharma’s appointment in 2017 was seen as a move by the NDA government to seek a political solution for Kashmir, rather than a hardline approach. Last June, he met chief minister Mehbooba Mufti at the secretariat in Srinagar. She had no inkling that a few hours after the meeting, the PDP’s ally for four years, BJP, would pull the plug on her government. We wonder what surprise is in store after Sharma’s recent meeting. 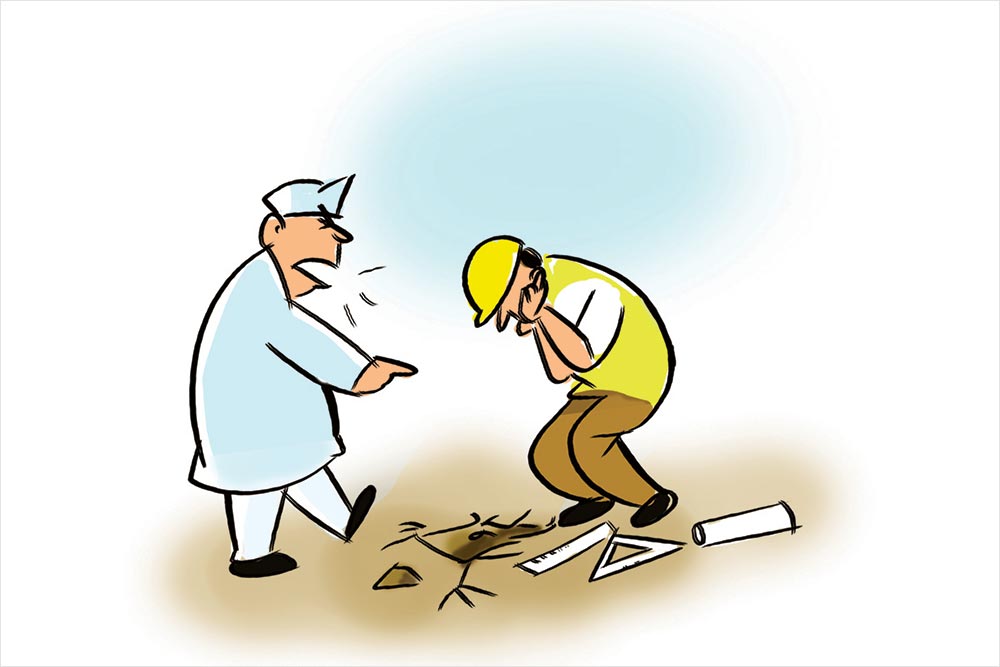 How do I punish thee? Let me count the ways. Saroj Meher, the BJD MLA for Patnagarh, Odisha, had a vigorous count to keep track of as he ordered a junior engineer to do 100 sit-ups in five minutes. Meher was unhappy with the shoddy road construction in his constituency. Surrounded by a crowd and the MLA’s retinue, the poor engineer had no choice but to clasp his ears and exercise his haunches. Meher even told him to spend out of his pocket to reconstruct the road. “I am the MLA and this is my order,” he declared. “I am empowering the public to thrash you.” Luckily for the engineer, the befuddled crowd just watched. 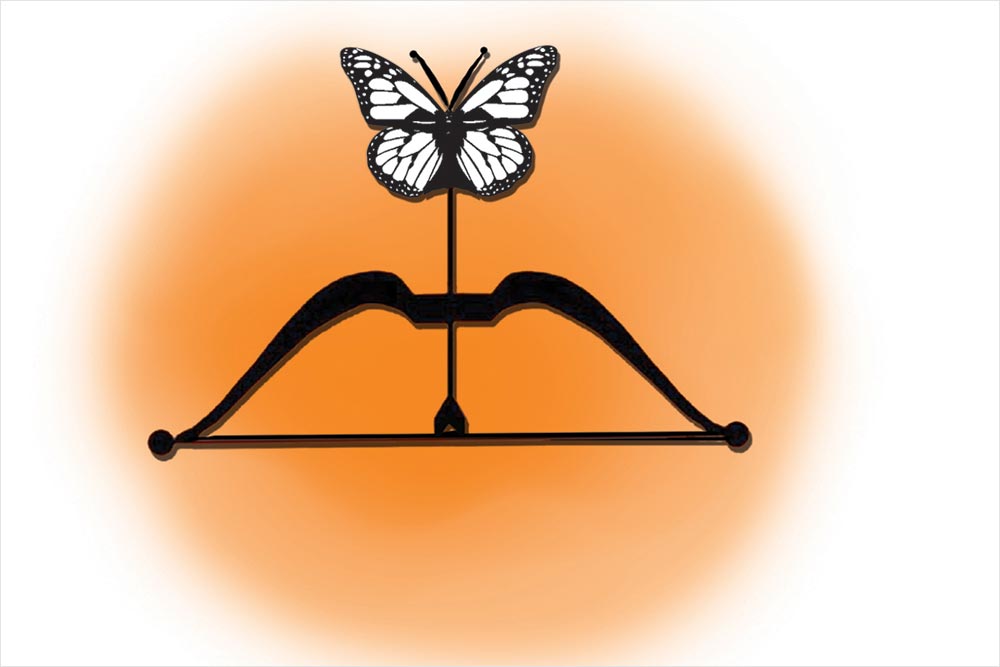 Butterflies have had it good in Maharashtra. In 2015, it was the first state to anoint a state butterfly. Now, the state biodiversity board has decided that their English and Latin appellations are not good enough—it wants to bestow Marathi names on 227 species. The move is touted as an “exercise to create awareness and promote conservation and people’s involvement in butterflies”. We wonder if a certain party propagating Marathi pride pup­­­ated this move.

They don’t have any electoral base. Yet, in Delhi’s power courtyard and social beanfeasts, the Poonawalla brothers—Tehseen and Shehzad—have been fixtures. Shehzad wanted to challenge Rahul Gandhi for the Congress chief’s post, called the election process rigged and left the party in December 2017. Married to Robert Vadra’s cousin, Tehseen remained with the party. Ever since, the siblings have been regulars at news channels— Congressman Tehseen versus Shehzad, the ex. With the GOP banning spokespersons from TV, the duo is filling the void with sometimes comical results. Like, Tehseen accusing the “Left-leaning” Congress of being anti-national!

The Witches Of Salem

The searing heat is taking its toll on the residents of Ottaipatti village in Tamil Nadu’s Salem district. So, they came up with an ingenious solution. At the annual temple festival, a possessed woman claimed that an Amman idol they had immersed in the Cauvery nine years ago during the temple’s renovation was the reason for the drought. So, deep divers were hired to locate it, but to no avail. The woman was taken to div­ine the location. Two more possessed people were taken along. However, nobody could find the idol despite numerous deep dives. 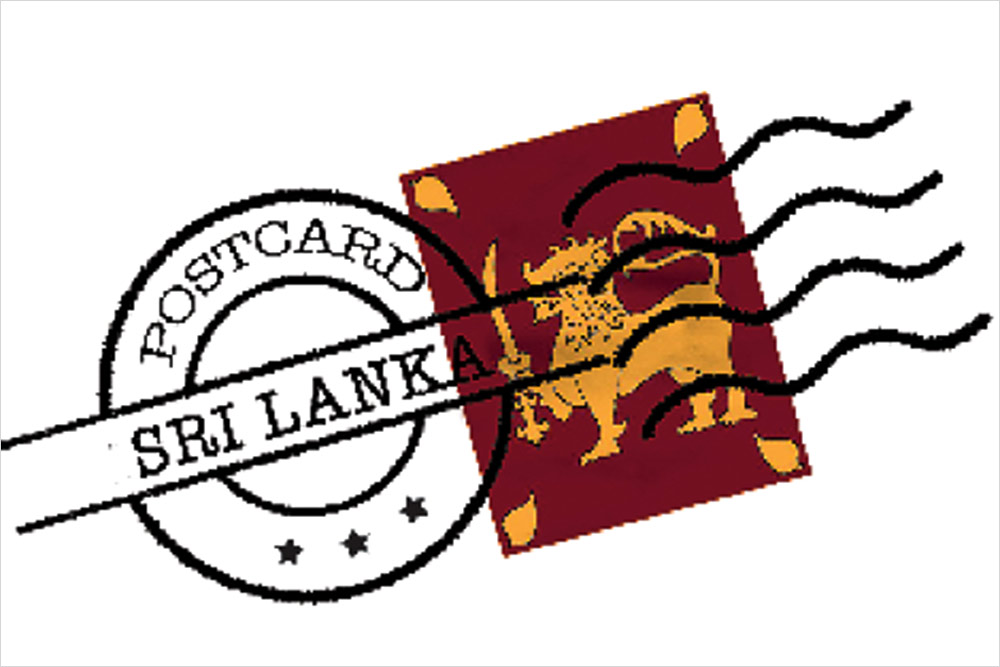 Come Back To Pretty Galle

Reeling under the negative impact of the Easter Sunday terrorist bombings, Sri Lanka is planning to launch a massive public relations campaign next month to win back tourists. The island nation earns over $4.5 billion annually from tourism, which accounts for nearly 11.6 per cent of its total revenue. The serial terror bombings killed and injured hundreds, of whom many were visiting the country as tourists, and had affected Sri Lanka’s image adversely, forcing people to stay away from the country.

But now, Sri Lankan Tourism will launch a two-month-long global promotional campaign fron July to give a boost to the tourism sector. With the tagline “So Sri Lanka” it hopes to win back the tourists.

With an investment of 500 million Sri Lankan rupees, the government plans to position Sri Lanka on the global tourism map which it hopes will help the tourism industry to bounce back from the  negative sentiments.

A global campaign designed by ad firm JWT will lure tourists back to Sri Lanka as numbers fell after the Easter Sunday bombings.

Media reports suggest that J. Walter Thompson (JWT) had been chosen as the PR agency to represent Sri Lanka in the global market. “We will launch the global promotional campaign in July and it will be up and running for the next two months,” tourism development minister John Amaratunga said.

Meanwhile, SLTPB chairman Kishu Gomes said that Sri Lanka will participate in a number of exhibitions and road shows which will further help bolster the country’s image. “In addition to the dedicated in-house promotional campaigns, Sri Lanka is also participating at 25 calendar exhibitions, 18 road shows and nine consumer engagement events, hence all these will give the impetus that we are looking for to lure more travellers to the country,” he stressed. In addition, Sri Lanka has also made a push to woo Chinese tourists with a major promotional initiative at the biggest industry event in Beijing this week. After India, most tourists to Sri Lanka are from China.