In The Subcontinental Menu this week, read about an Assam couple who asked wedding guests to bring old clothes and books and take home Deodar saplings as return gift; and a group of transgenders in Karnataka who toil hard at a farm and grow their own food. 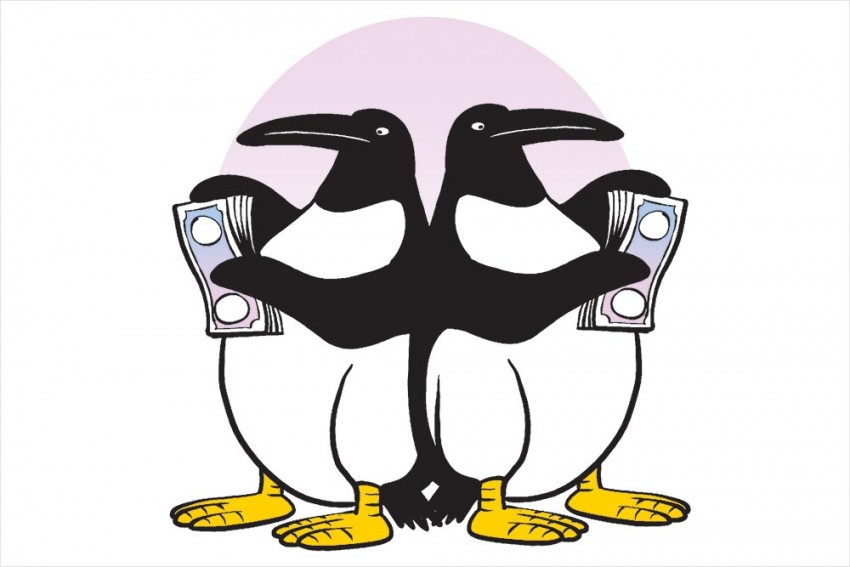 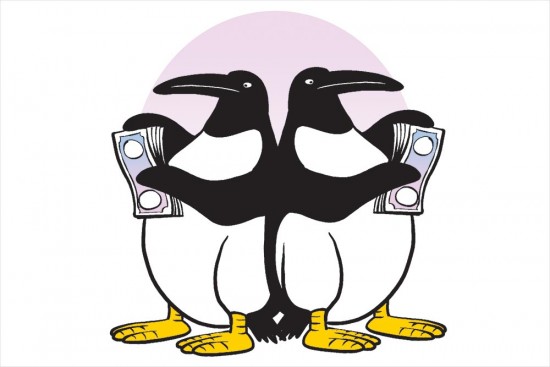 They are from the frozen land of peeny-weeny, piffling piccolini, piddily-diddily pooft, until the Happy Feet gang of eight waddled into Byculla zoo in August 2016. And ever since they put their flippers up for the public next March, all footfalls have been directed to their water-and-pebble, climate-controlled corral. Their hippity-hoppity is keeping the till jingling for keepers Brihanmumbai Municipal Corporation—Rs 11 crore at the last count. How is this penguinely possible? You may ask Donald, Daisy, Popeye, Olive, Flipper, Bubble, Mr Molt and Dory from the Humboldt family. Well, they are bending to the fetid fantasies of a miserable species. 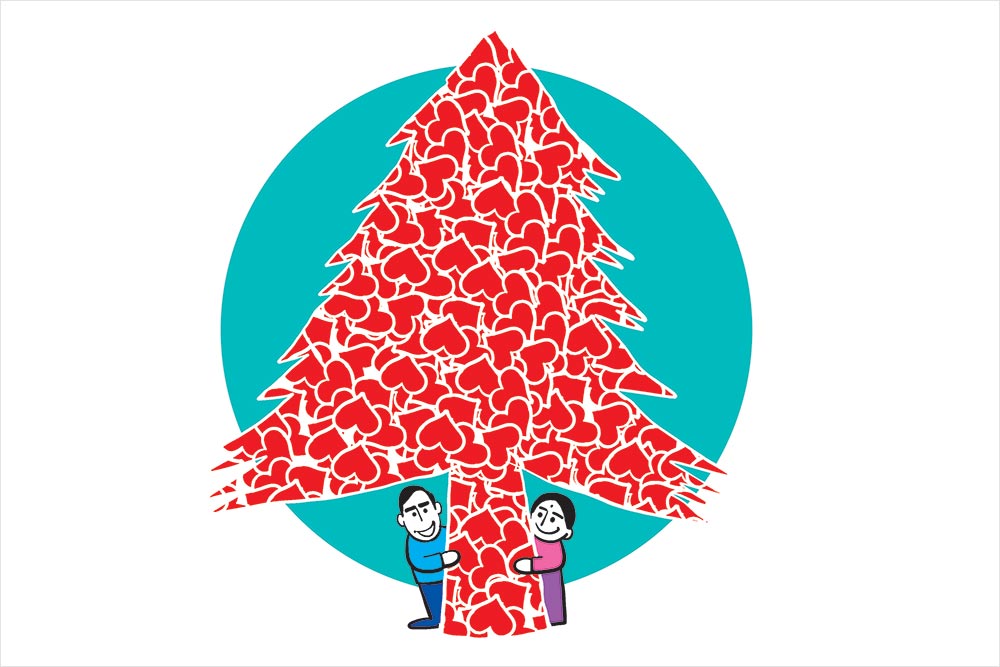 Bring your old jeans and take home a baby Deodar. Sounds like an advert for a plant nursery or a supermarket, right? Not quite. When just-married Bhupen Rabha and Babita Boro of Assam’s Baksa district invited guests to their wedding feast, they dropped a request to bring old clothes and books for the poor. The couple gave Deodar saplings as return gifts. The clothes will be distributed and the books will find place in a library in the couple’s village—No. 2 Kataligaon, one of the cleanest in Baksa. We congratulate Rabha, who teaches English at a government college, and his wife for choosing this ‘Service to Mankind’ theme for their wedding. Sometimes one can make a loud and memorable statement without the DJ’s assistance. 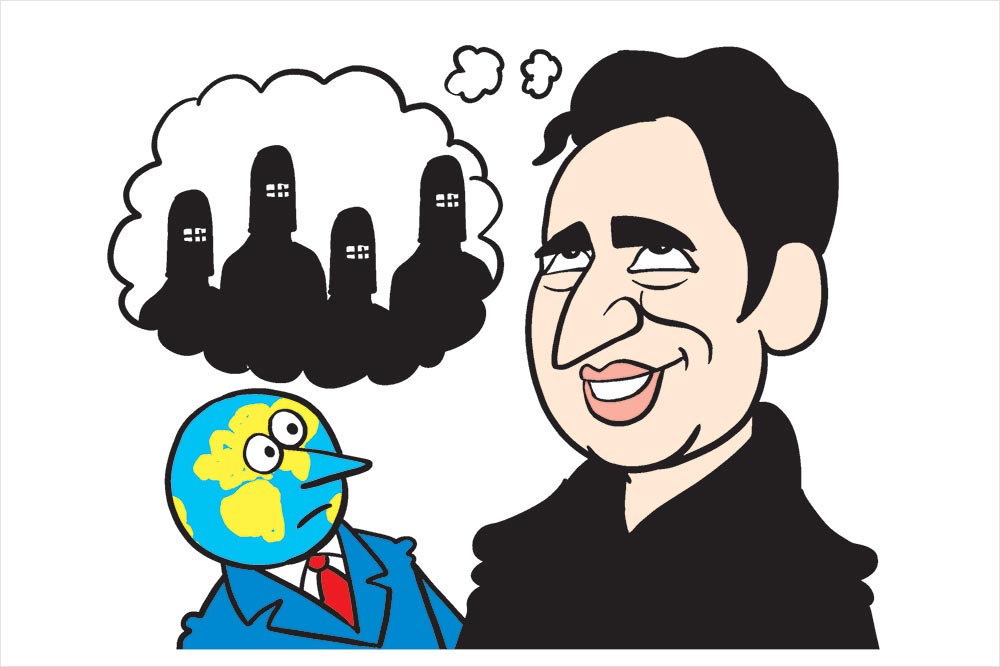 He is the chief of a political party, an Oxford graduate, a good-looking bachelor and, importantly, a Bhutto. If that doesn’t make him the most eligible Pakistani, who else? And then, Bilawal Bhutto also has the casually sexist sense of humour of the average Pakistani male. He exhibited that in good measure in a riposte to a recent query on his marriage plans. “We are having detailed, comprehensive strategic meetings about this…if I should marry one woman or four...one from each of Pakistan’s provinces,” he said, with a big grin to a chortling home audience. But the world frowned upon his remarks—a person of Bilawal’s education and exposure should know how to better navigate gender politics. 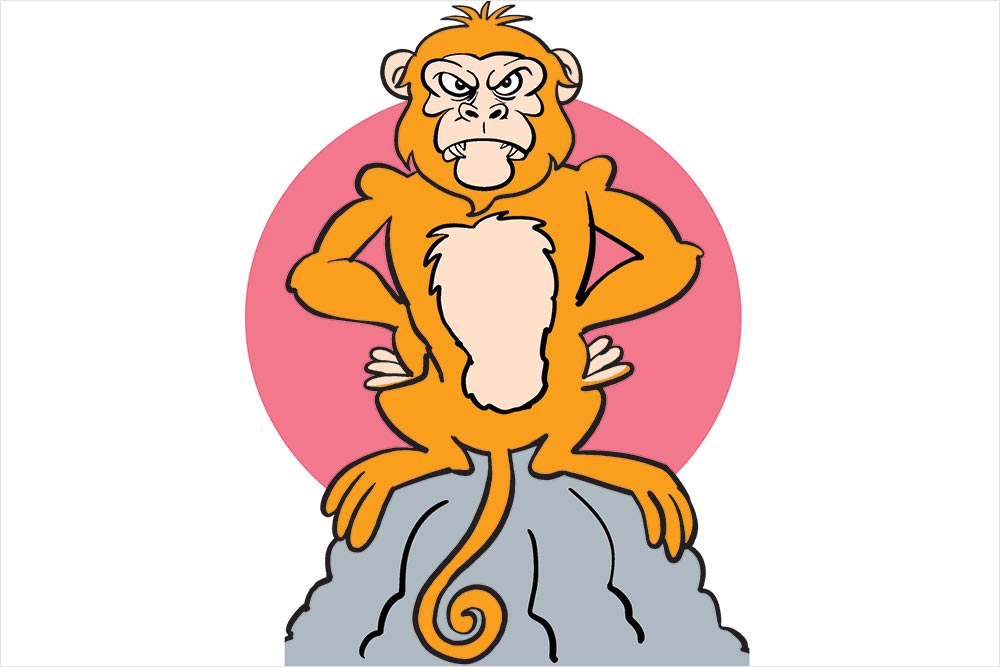 The odds were 400:1 and the lone monkey won. For the vanquished—an entire village in coastal Tamil Nadu’s Nagapattinam—their conqueror embodies the Kiplingesque nature of monkeys. Grotesque, rabid and lawless. Many fled their homes and some took shelter in a temple on the outskirts as the rogue shank his sharp canines on more than 20 villagers as well as livestock in 20 days. Foresters are now camping with nets, traps and darts to catch the slippery simian which, it seems, has escaped from captivity and had suffered horri­fic abuse. Or is he waging a war to avenge his kind in a world where men are pushing animals to the margins? “All of human history has led to this moment.” Sounds familiar? Ah, the Planet of the Apes! 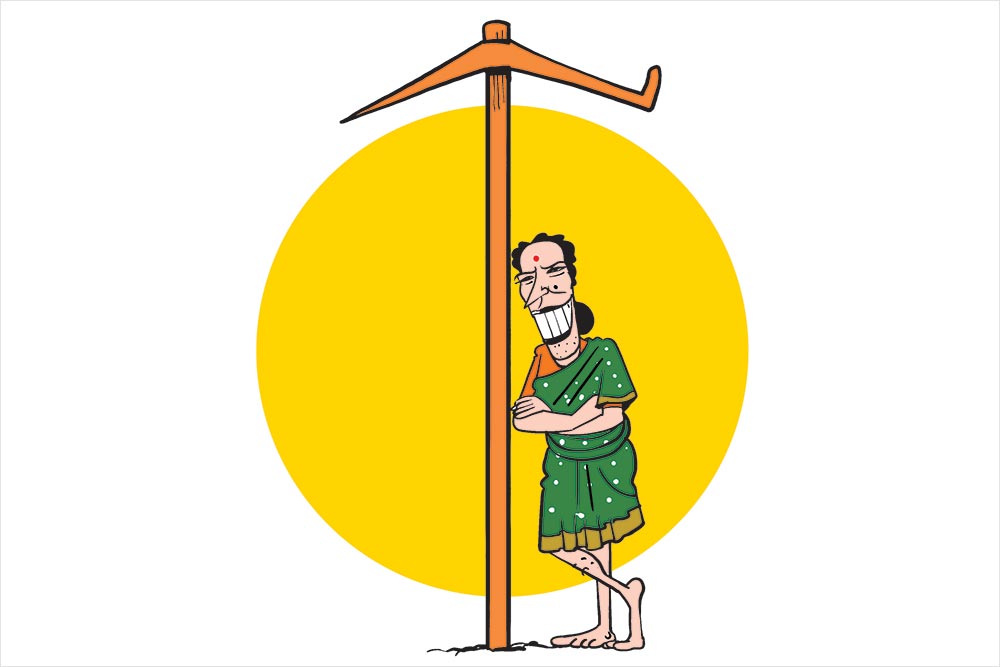 The Transcenders At Their Garden

The Kama Sutra calls them the ‘third sex’, they were royal servants for the Mughals, but prudish British morality upturned centuries of acceptance. Transgenders now live on the fringes of soc­iety, begging or prostituting. So, it makes for a rare welcome sight when you see eight of them toiling hard at a farm—their 4.5-acre window to a suitable life. They grow their own food at a village in Karnataka’s Chikmagalur district. But acceptance didn’t come easily, recalls Anju, as sceptical villagers took her for a sorcerer. Change came when they donated Rs 25,000 to Kodagu flood survivors. They are raising funds for a toddler battling cancer.

Candy Men To Hang In Lanka

When you meet one who rough-talks like “give me salt and vinegar and I’ll eat his liver”, and follows each warning shot with body hits, the enthusiasm rubs off on you. So, high on a hands-on with Rodrigo ‘Death Squad’ Duterte, Sri Lanka’s Maithripala Sirisena warned replicating the Filipino leader’s take-no-prisoners approach on drug dealers. Which means a decades-old moratorium on the death penalty will end with the hanging of five drug convicts. But Lanka needs a hangman, as the last one retired in 2014 and his three successors quit too, bored by the unused gallows.

A Daily Nutritious Dose Of Beetle

The best pest control is organic and nutritious. Just cook and eat the baby beetles bugging your harvest. That’s what many villagers in Majuli island, a dollop of land bound by the Brahmaputra in Assam, are doing to the white grub beetle larvae that are chomping away at their spuds, greens and major crops. These are root-eaters, hiding in the soil. The adults don’t attack the plants. The juicy babies—fried or roasted—are adding to the nutrition of villagers. And you can order some in a ‘pestaurant’ on a sandbar. Now, most of us will turn up our noses at the idea of eating insects—Pumba and Timon food. But crickets, for instance, outrank livestock meat in protein and vitamin content per gram.

Nepal has brought a proposal to gag its civil servants from expressing critical views of the government in public. The restrictions, interestingly, would be in place even after the officials retire from service.

A new bill tabled in the Nepalese House of Representatives proposes to restrict civil servants from expressing their views through the media, including micro-blogging sites that many officials had put up to air their opinions on developments in the country that were of interest to them.

According to the Nepalese media, the Federal Civil Service Bill proposes strict provisions for civil servants, which will remain in effect even after their retirement. Though the Civil Service Act, 1993, has similar restrictions in force, the new bill has strengthened it further.

On pain of their pensions being stopped, Nepal’s retired public officials are barred from sharing information or criticising the government—a blanket ban.

Media reports have quoted Clause 75 of the bill as saying, “No civil employee shall, on his/her real or pseudo name or anonymity, publish any feature article, provide any news to the press, broadcast a speech through radio or television etc, make any public speech or publish any statement via broadcast or social media in such a manner as to be contrary to the policies of the Government of Nepal or to undermine mutual relationship between the Government of Nepal and the people or the relationship with any foreign country.” It adds, ”This restriction will also apply to a person who has been relieved of government service for any reason whatsoever.”

The new bill that replaces the existing Civil Service Act has a provision that restricts retired public officials from sharing the information they are privy to. It also adds that pension of retired civil servants could be stopped if they violated the new provision, which was included after retired civil servants made critical comments in the media against the government. Nepal’s Prime Minister, K.P. Sharma Oli, and his advisors had on a number of occasions been critical of such comments by former civil servants.

On October 31 last year, Nepal’s ministry of education, science and technology endorsed a policy barring all staff and teachers from criticising the government and political parties or posting comments to that effect on social media.

Serving bureaucrats in all countries are often prevented from publicly criticising policies of the government they serve. But such gag orders are not valid once they retire.

Former civil servants have been allowed in most democracies to express their views on policies once they are out of service. Nepal’s new law certainly doesn’t take any chances.