After suffering massive setbacks in the Lok Sabha elections 2019, BSP and SP have parted ways but till they can expand their base among the marginalised communities, BJP will not be threatened in Uttar Pradesh 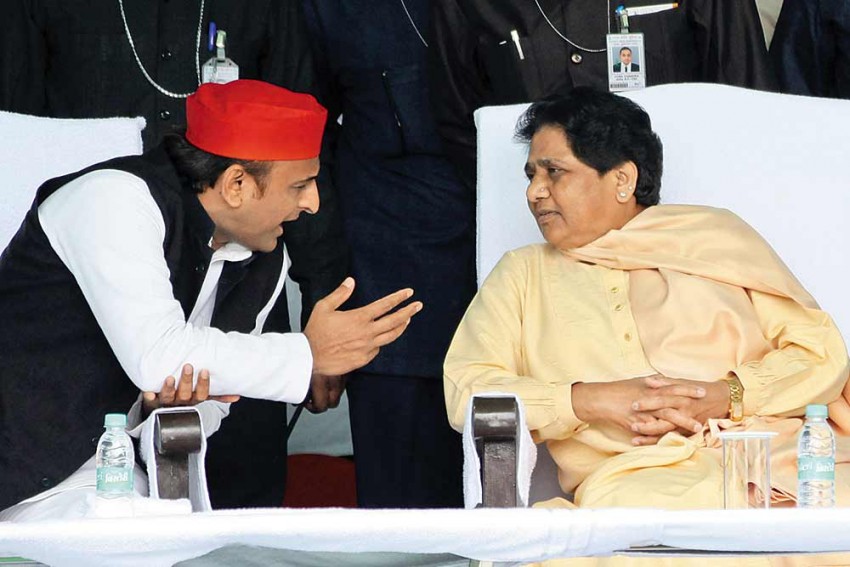 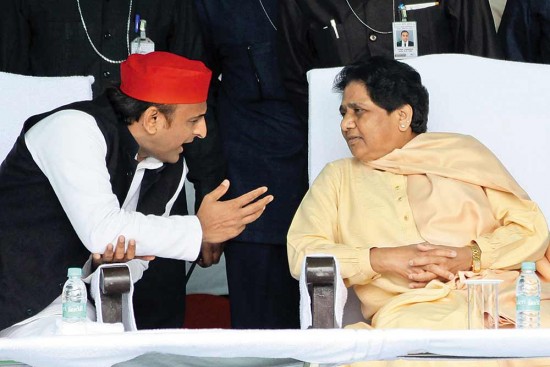 Kanshi Ram had a dream. The influential leaders of Dalits wanted to forge Bahujans as a politically powerful group. He tried to create a social alliance of Dalits with Other Backward Castes and Muslims, but failed—about 26 years ago, the alliance with  SP, then led by Mulayam Singh Yadav, disintegrated. Recently, the SP-BSP mahagathbandhan attempted another such coalition, but it fell through even though there were ­expectations that it would evolve as a long-term partnership in UP politics.

Less than two weeks after the election results, Mayawati declared that BSP would part ways with SP. Akhilesh Yadav said that his party would contest the bypolls on its own. Mayawati’s main complaint was that SP had failed to get its votebase of Yadavs, who are OBCs, to vote for BSP in the polls. While Akhilesh didn’t respond to the allegation, many political analysts feel that Mayawati’s gripe about the lack of Yadav votes for BSP may not be true as the victories of BSP candidates in Yadav-dominated seats of eastern UP suggest otherwise. Political analysts feel that Mayawati also failed in persuading Dalits to vote for SP. Thus, to some extent, both failed in getting their respective bases to vote for the other party.

The failure of the BSP- SP alliance is likely to diminish the influence of Bahujans and the politics of social justice.

There are various reasons for this. Firstly, since they did not form the mahagathbandhan in time for the 2019 elections, they could not effectively reach out to the grassroots. This could ­explain why the caste arithmetic did not translate into a winning chemistry. Secondly, both were overconfident about their strength of numbers and also about their capacity to transfer their ­respective votebases. Thirdly, at many places, cadres of both parties worked against each other. Fourthly, the aspirants who didn’t get tickets due to coalition pressures also worked to defeat the candidates of the other party. The alliance also failed to resolve the conflicts between landholding Yadavs and landless Dalit labourers, whose economic and social interests clash in everyday life. The parties should have formed associations of Yadavs, Dalits and Muslims at every level—district, constituency and block—to promote amity between them.

The manner in which Mayawati abruptly broke the alliance is likely to fuel conflicts between the two parties and their supporters. Members of both may take contesting positions on social and political issues just to differentiate themselves. It may also diminish the influence of Bahujan groups and the politics of social justice in the state and country. The politics of social justice ­requires a new language which might need to go beyond caste.  Categories like SC and OBC are likely to get overshadowed by categorisations such as garib (poor), which pertains to class rather than caste. Many non-Jatav SC and non-Yadav OBC communities may come forward to participate in a politics based on class interests. They were not given prominence in SP and BSP’s politics, which was centered on reservation-based distribution of state resources and ­opportunities. Some of them might also lean towards BJP, which had proposed a ‘quota within quota’ for Most Backward Castes.

This move will undoubtedly have implications on the 2022 assembly elections in Uttar Pradesh. If SP, BSP and Congress contest separately, the votes against the BJP may get ­divided, giving the latter an edge. SP and BSP should now focus on expanding their base in the most marginalised communities amongst the OBCs and SCs and prevent BJP from mobilising them. While these groups are smaller in number, their cumulative numbers are impressive and can sway electoral results.

The possibility of a non-BJP alternative forming a government in UP has faded due to the failure of the mahagathbandhan. Although opposition parties in the state are in a crisis, they have sufficient time to strengthen themselves and their electoral bases. It remains to be seen if they will be able to rise to the challenge the blooming lotus has thrown their way.

(The author is the director of G.B. Pant Social Science Institute, Allahabad)