The Soul-Sapping Climb From Below

Even in an area of industrialisation, a social inertia-like force pulls Dalits down. The vicissitudes of life often proved to be their downfall. 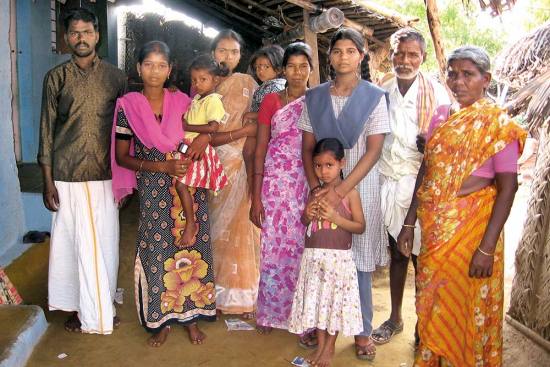 Here, we take a step back from stories of individual success. The viewfinder is set to a wider landscape—to the infrastructural ground, the social and economic relations that determine Dalit mobility. Enabling it, or as often is the case, still thwarting it. Dr Judith Heyer, a development economist, has done a study on Dalit communities around Tiruppur and Coimbatore, Tamil Nadu, for over three decades, since 1981. It has been a time of economic surge, but in terms of its emancipatory potential, the results were partly disappointing. Here, she records her views through a series of pen-portraits.

The Coimbatore/Tiruppur region is known for its dynamic industrial development and strong agriculture. It is a region in which Dalits have done surprisingly badly. Very small numbers of Dalits own agricultural land. Dalits have been late-comers to education, are poorly represented in white-collar jobs and in business, large and small. This despite strong social policy, reservations and affirmative action. The villages that I have been researching, and on which this piece is based, are 50 km from Coimbatore and 25 km from Tiruppur, and off the main road. They have a good record in agriculture and have been more integrated into the local economy over time. The regional economy employs large numbers of people in textiles, engineering and other light industries, and more recently IT and the medical sector. Much of the employment is low-skill, low-wage employment, casual and irregular. Labour shortages in the area have been met with substantial immigration.