If RJD president Laloo Prasad Yadav had chosen to anoint Tejashwi as his heir-app­arent a few years ago, it was not without reason. 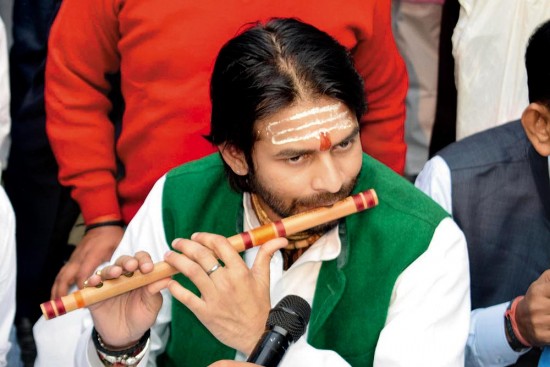 Tej Pratap Yadav loves to dress up occasionally like Lord Shiva and as a true blue Krishna devotee, he is adept at playing the flute. He proudly refers to younger brother Tejashwi as his "Arjuna" fighting against the communal forces in Bihar’s electoral Mahabharat. But for the ongoing parliamentary elections, he app­ea­rs to have abandoned his kid brother’s chariot even before the poll bugle sounded.

If RJD president Laloo Prasad Yadav had chosen to anoint Tejashwi as his heir-app­arent a few years ago, it was not without reason. The youngest of the state’s Yadav clan had proved himself to be rather quick on the uptake, learning the ropes of politics from his parents, both former CMs.