The Sisters We Forgot: Nurses Risk Their Lives To Save Ours, But Are We Grateful To Them?

In India, the public perception about nurses is still one of those who merely carry out instructions of doctors. During COVID-19 times, they are being hailed as angels, but only just 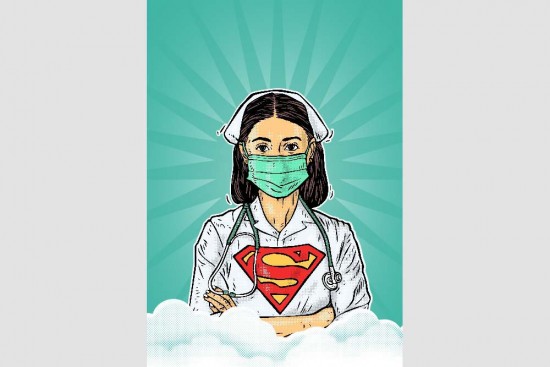 It’s like an unspoken caste system. Signs of it can be seen littered casually across our everyday landscape—a clue was there just this week, in a Delhi government communique. News so routine that it disturbs nothing, angers no one, only confirms the order of things. But Urmila Bhadoria had encountered it back in the summer of 1978 itself, when she was still only at the cusp of it all. It came to her like a faint stigma, almost. Like an odour, it had arrived even before the real thing.

Just 17 then, she was on a train from Kanpur to Lucknow, chaperoned by her father. There was an interview waiting at the other end, for a diploma course in general nursing and midwifery (GNM). She remembers bits of the idle chatter in that compartment, rather vividly, to this day. Especially the disapproving words of a stray ‘uncleji’ in that motley group—rattling off almost like a high priest’s catechism.

ALSO READ: Life Of A Nurse: Privilege Of Holding A Dying Person’s Hand Or That Of A Newborn Is A Blessing

“It’s not a very good job, you know. The girl will be working in a public place...she’ll be required to do night shifts. Why would you allow her do it?” went the unsolicited advice to her father. He could well have been speaking for all society, issuing a statutory warning considered normal within its order. The pyramid of values where one layer of human activity actually holds up the whole structure, but is perennially damned by that very fact—for being too ‘low’.