Is the government’s new dole scheme another mirage or will the farmer benefit? 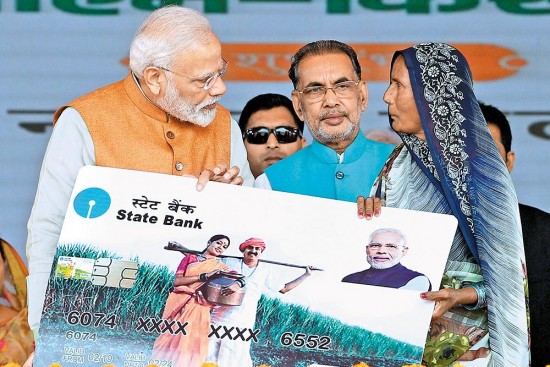 The timing of the Pradhan Mantri Kisan Samman Nidhi scheme just ahead of the general elections req­uires no smart guesswork to be decoded. But will this scheme, which aims to give Rs 6,000 annually or Rs 500 per month to farmers holding less than five acres of land, address their needs and win back their support? Many opp­osition leaders have decried the “miserable” dole to farmers, which in most states is less than two days’ wages paid for farm labour.

Prabhakar Kelkar, general secretary of the RSS-affiliated Bharatiya Kisan Sangh, defends the move, calling it a “middle path” adopted by the BJP as it waits for its policy moves to deliver on the promise of doubling the income of farmers.

“For small farmers who grow just enough to meet their family needs and have no surplus to sell and make money from, this is a big help, a bonus. The percentage of farmers in this category is very large. The fact that the government has indicated that this amount may be increased in the future is seen as a very positive development by farmers,” says Kelkar, who has been interacting with farmers for feedback. “It’s a rebuttal to the pressure being exerted for a farm loan waiver by showing that there are alternative ways of boosting farmers inc­o­me,” states Kelkar.

Farmer activist Sudhir Panwar, however, desc­ri­bes the government move as an admission of its farm policy failure. “The government appears to have accep­ted that after three years of record food production, it has to provide dole to farm­ers. Further, the farm policies implemen­ted in the last four years have failed such that they are providing Rs 500 per month per family, though the amount is hardly of any benefit taking into account the rise in input costs.” Panwar, who is the president of...