Away from Ladakh, cross-LoC violations keep the Indo-Pak pot boiling 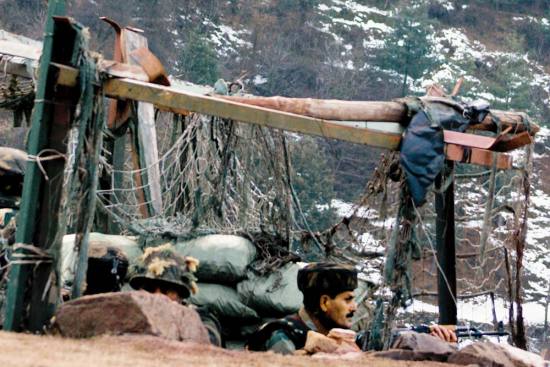 The military stand-off between India and China in eastern Ladakh has taken the focus away from the Line of Control (LoC) that witnesses firing and shelling between the Indian and Pakistani armies almost every day, leading to casualties on both sides. On October 1, two Indian soldiers were killed during heavy shelling in the Nowgam sector of north Kashmir’s Kupwara district, and another in Jammu’s Poonch sector. On October 5, Subedar Sukhdev Singh was killed in a ceasefire violation in Nowshera sector. Regular cross-LoC shelling has been reported from Shahpur Kirni, Qasba and Mendhar sectors of Poonch, and Rajouri in Jammu. The first six months of 2020 saw a 75 per cent rise in ceasefire violations along the LoC and the international border in Jammu and Kashmir as compared to the same period last year. The government told Parliament that there have been 3,186 ceasefire violations by Pakistan along the LoC in Jammu from January 1 to September 7. Also, 242 incidents of cross-border firing from January 1 to August 31 were reported in the Jammu region, along the international border with ­Pakistan, MoS for defence, Shripad Naik, said in the Rajya Sabha.

According to Jammu-based analyst and author Zafar Chaudhary, skirmishes along the LoC is an “everyday reminder of the existence of a territorial conflict, which has two armies ­engaged in eyeball-to-eyeball position even in times jointly confirmed by New Delhi and Islamabad as peaceful”. “Things have gone wrong on the LoC even when the two countries were ­preparing for summits or decided to soften the line for travel and trade. The local military commanders are requi­red to furnish a monthly report of ‘no change’ in the situation. Even a stray bullet can trigger a cascading effect to go on for days. Militant groups understand the military protocols and would always like to cause incidents that could draw the two armies into a longer engagement,” he adds.