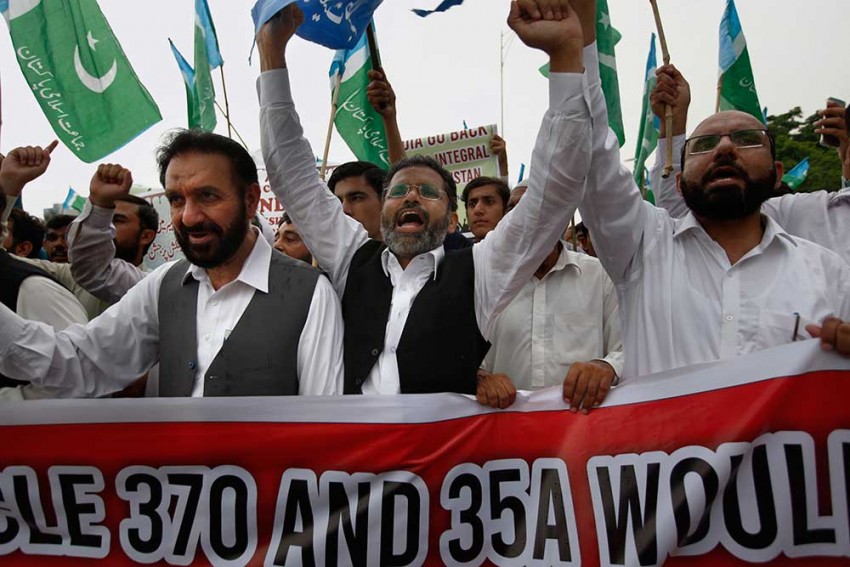 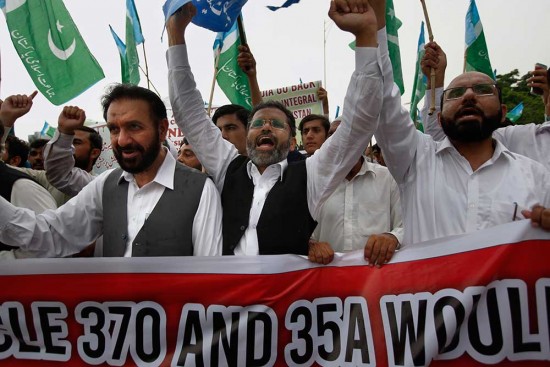 Repression in Kashmir and Zionist occupation of Pale­s­tinian territories are always considered exemplars of how Muslims are subjected to indignities and human rights violations. Two statements by the Organisation of Islamic Coo­peration (OIC) showed deep disquiet over Kashmir—a concern also voiced by terrorist organisations such as al-Qaeda and the Islamic State (IS), besides the Kashmir-centric mili­tant groups. There is unanimity among political and militant Isla­mist organisations that its division into two entities, under tighter repressive central control, is an insult to the only Muslim-majority state in India. Thus Kashmir may receive priority attention in future, coa­lescing militant efforts, as we saw in the past when groups went through cyclical shifts, vacillating between conflict and cooperation.

While Ayman al-Zawahari exhorted Muslims to inflict “unrelenting blows” on the Indian Army and government, the IS (Khorasan) saw “fertile ground” in Kashmir for their future subversion. That Abu Bakr al-Baghdadi had lived in Afghanistan as member of the Ishaq group from 1996 to 2000 lends credence to this trend. IS(K) was responsible for 1,511 deaths in Afghanistan and 706 killings in Pakistan during 2014-18 through their 11 associates in the AfPak region. There are reports that IS(K) wants to lead the Kashmir rebels.

Kashmir can now be expected to be the first victim if Taliban rules Afghanistan under Pak control.

We have seen evidence of the creeping presence of IS in and around India. Our National Investigation Agency (NIA) had arrested some from South India for helping the Sri Lankan Easter Sunday bombings that killed 250 people. Although the Sri Lankan police had told a parliamentary committee last month that there was no direct evidence of IS connection with the killings, they admitted that the killers were “inspired” by the IS ideology and the module controller had contacted IS after the killings.

The US Combating Terrorism Center (CTC) at West Point had pointed out in December 2018 that the IS(K)’s success in the Af-Pak region is their “high end” or “low end” cooperation from its allies. This June, our NIA chargesheeted 10 members of a pro-IS module known as Harkat-ul-Harb-e-Islam for attempting to bomb the national capital region. Ano­ther group known as “Islamic State in Jammu & Kashmir” (ISJK) was charged the same month, giving official confirmation of the IS(Khorasan), which considers Kashmir a “vilayat”.

According to a disturbing report published on July 21 in Israeli newspaper Haaretz, Iran is influencing 1.4 million Shias in the Kashmir Valley following Khamenei’s call to classify the “people of Kashmir as well as Bahrain and Burma’s Rohingyas” as part of the “axis of resistance”. The report also said some Kashmiris were recruited as pro-Assad Shia forces and trained by Iran’s Revolutionary Guards.

US President Trump’s trust in Pakistan PM Imran Khan’s leadership role in persuading the Afghan Taliban to facilitate American troop withdrawal has indeterminately changed the Kashmir security matrix. Kashmir can now be expected to be the first victim, with or without our army presence, if Taliban rules Afghanistan under Islamabad’s control.

Bifurcation Done, Red Flag Buried, But When Will The Tricolour Flutter In Kashmir Minus One Lakh Troops?

'One Nation, Many Systems' - North-East's Special Powers Hang By A Thread, Will It Go The Jammu & Kashmir Way?

The writer is a former special secretary, Cabinet Secretariat. Views are personal.