The politics of nostalgia involves mobilising the masses around the yearning for a glorious past brought alive in imaginations of the future. 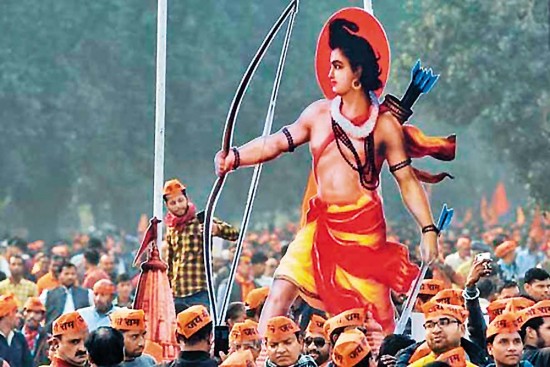 The ‘Benaras experience’ is being redesigned. The narrow and winding lanes around the Vishwanath temple in Varanasi, which gave the place its character of timelessness, of repose in the middle of chaos, is giving way to an architecture of designed order. The temple is at the centre of the project that promises to change the ‘eternal city’ like nothing else has. It marks the western end of Vishwanath Dham, spread over about 11.6 acres, and a 20m-wide pedestrian pathway, forked towards the end, will connect it to the ghats on the Ganga. Coupled with the open space—the Mandir Chowk—envisaged in front of the temple and a smaller such space foregrounding the adjacent Gyan Vapi mosque, the design gives the temple unrivalled visual prominence in the Varanasi cityscape. If the project is completed as planned in November, just a few months ahead of the Uttar Pradesh assembly elections, it will likely be showcased in the ruling BJP’s poll campaign as a major accomplishment. After all, much of political rhetoric in modern times taps into the latent yearning for a return to a glorious past—refracted through our present-­day imagination—and the promise of a similarly glorious future built upon those past glories. The Vishwanath temple, demolished in the 17th century and rebuilt in the 18th beside the Gyan Vapi mosque that had been constructed on the old plinth, has long evoked memories of ‘Hindu pride’ and, along with the Ram temple in Ayo­d­hya, served as a template for Hindutva articulation of cultural nationalism.

Indeed, nostalgia—“a sad feeling mixed with pleasure when you think of happy times in the past”, as the Oxford Learner’s Dictionary defines it—has been a powerful tool used across the ­political spectrum for mobilising the masses, though its importance seems to grow as one moves towards the right. From Donald Trump’s ‘Make America Great Again’ to Erdogan’s invocation of the Ottoman empire, the politics of nostalgia revolves around claims to resurrect the greatness of a past era in the present. It usually involves privileging one version of the past over others—and that’s linked to which groups are being mobilised in particular.

In India, the Nostalgia Project—so to speak—traces a long history. Perhaps the first institution to take up the “cause” was the Gurukul Kangri University, set up at the dawn of the 20th century by Arya Samaj leader Swami Shraddha­nand in Haridwar. His son, Indra Vidyavachas­pati, one of the first graduates of the institution that aims to return to ‘Vedic pedagogy’, has des­cribed it in his 1957 book Mere Pita: Sansmaran (‘My Father: Reminiscences’). The university was located in a forest and students followed an ashram-like lifestyle. They got up at 4 am, bat­hed in the river and played kabaddi. Ayur­veda was the preferred system of treatment when they fell ill. Once when an inquisitive Indra asked his teacher how birds could talk in the Panchtantra, he was told this was possible in Satyuga. 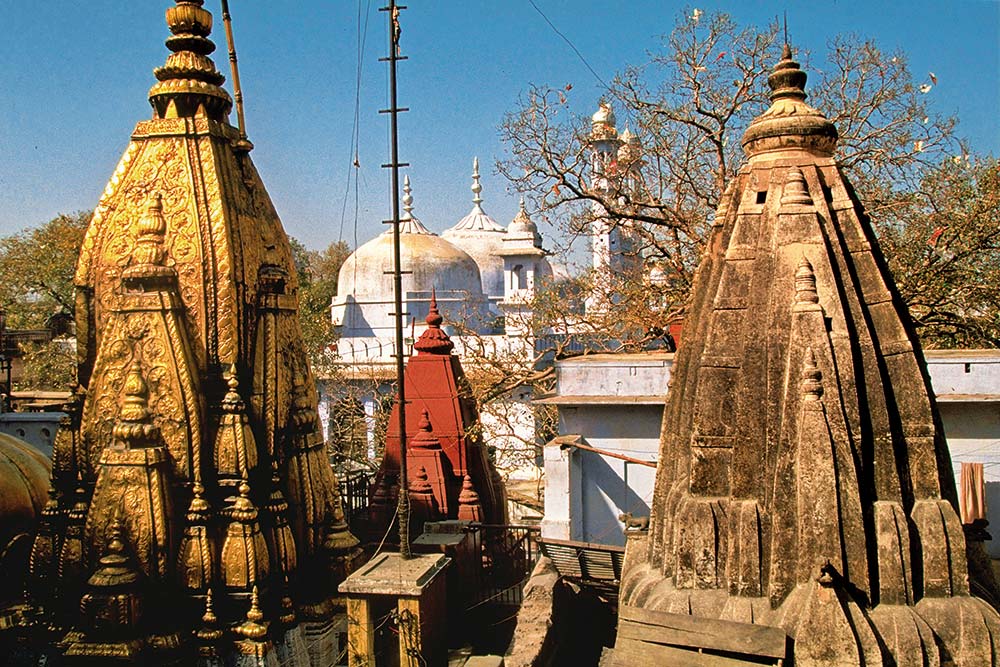 According to the book, the ‘West’ gradually ­entered the ‘Vedic’ realm. The thatched roof was gone as modern infrastructure came up. A clock was installed. Mustard oil-lit lamps made way for kerosene lanterns. And Indra was ­relu­c­tantly administered allopathic medicine once when he had fever.

This early 20th-century account captures a long-standing debate, particularly in right-wing circles, on the Western and the indigenous, and the idea of a lost ‘golden age’.

“That only we are correct is not our ruling idea.... our national memory of continuity survived 600-700 years of subjugation.”
K.N. Govindacharya, Hindutva ideologue

According to Shiv Shakti Bakshi, executive ­editor of BJP mouthpiece Kamal Sandesh and an historian trained at JNU, communities around the world nurture popular cultural mem­­ories. “It could be someone celebrating the Vedas or tribals celebrating their valiant heroes. These are cultural registers through which communities sense their past,” says Bakshi, who ­asserts there is no single, correct, academic ­history. However, many have labelled popular memories as ‘a-historical’. The Indian History Congress in December 2014 criticised PM Nar­endra Modi’s statement that some plastic surg­eon must have installed the head of an elephant on Lord Ganesha. In 2015, a talk on ­‘ancient Indian aviation technology’ at the 102nd Indian Science Congress generated much heat, with many scientists dismissing the claim.

Jawaharlal Nehru, who famously sought to promote a scientific temper, was kinder on popular myths, though. “Facts and fiction are so int­erwoven together as to be inseparable, and this amalgam becomes an imagined history, which may not exactly tell us what happened but tell us something equally important—what people believed had taken place, what they thought their heroic ancestors were capable of, and what ideals inspired them,” Nehru wrote in The Dis­co­very of India. “So, whether fact or fiction, it bec­ame a living element in their lives, ever pulling them up from the drudgery and ugliness of their everyday existence to higher realms…”

The Arya Samaj was the first organisation that tried to counter colonial hegemony by claiming that all achievements of the modern world could be found in the Vedas. This provided a template for the belief that ancient India was a ‘golden age’ of science, prosperity and culture. In his chapter ‘Inventing a National Past’ in Hinduism in Public and Private (edited by Antony Copley), Harald Fischer-Tine has analysed Bharatvarsha ka Itihasa, the history textbook prescribed from 1906 to 1932 at Gurukul Kangri. In the book, Aryan history is presented as 10,000 years old. It claimed Shudras and wom­en were “remarkably free”, kings were ­religious and scholarly, and controlled by an ­ancient parliament, while executive, legislative and judicial functions were separate. It talks of a pan-Indian kingdom ruled from Hastinapur and also an Aryan air force. In contrast with the Aryan invasion theory, it claimed Shudras did not descend from Dravidians and that there was no untouchability in ancient times. It also said the golden age was lost to “Muslim invasions”. The textbook’s author read into ancient India all that the British colonial state considered Indians incapable of, argues Fischer-Tine.

In Arya Dharm, Kenneth Jones argues that ­edu­­cated Hindus in Punjab, the Arya Samaj hub, were left “alienated and marginal” by English education and government jobs. They could no longer fully relate to their society—deemed backward by the British—but could also not ­become one with the colonisers. Arya Samaj founder Dayanand Saraswati, with his claim that the Vedas were superior to all forms of knowledge, brought solace to the colonised Hindu.

ALSO READ: Congress-Left Too Harks Back To The Past In Search For A Better Future

“Some see everything in the scriptures as false, while others, in reaction, claim they are all true. Both are wrong.”
Balbir Punj, Former MP, BJP

The ‘golden age’ trope, however, did not disappear after the end of British rule. In 2014, historians like Romila Thapar and Irfan Habib cri­ti­cised the inclusion of books by former school teacher and activist Dinanath Batra in the Gujarat school curriculum. These books ­reportedly called for drawing the map of India as Akhand Bharat, besides recommending ­performance of havans, recitation of mantras and feeding of cows to celebrate birthdays, ­instead of lighting candles. Thapar called the books “not history but fantasy”.

Former Rajya Sabha MP Balbir Punj of the BJP has a different take. “The Macaulayan ­education system taught Indians to despise India, leading to a tendency in some to see eve­ry­thing in the scriptures as false, while others, in reaction, began to claim they are all true,” he says. According to Punj, both are wrong. 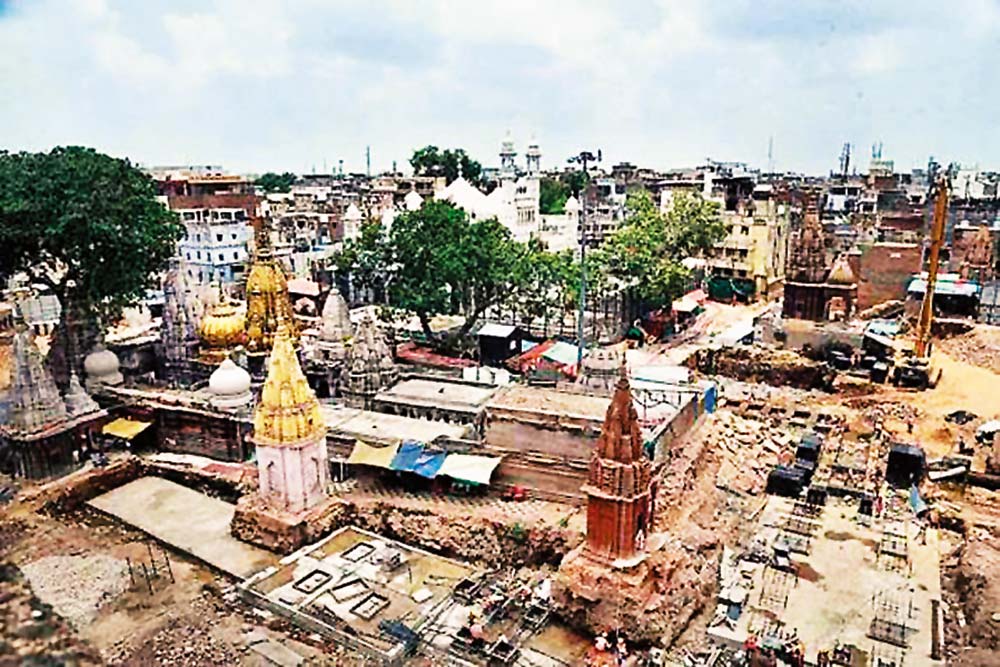 Hindutva ideologue K.N. Govindacharya cites the diversity of India’s geography—“127 eco-agro-climatic zones and 16 per cent of the world’s biodiversity in just 2 per cent of its area”—to claim inclusiveness is part of our national psyche. “That only we are correct is not our ruling idea. As a very old and continuous civilisation, India did not support the idea of exclusivity-based ­sovereignty. We are different from the Western ­nation-states,” says Govindacharya, who believes “our national memory of continuity survived 600-700 years of subjugation”.

Agreeing with the idea of India’s intrinsic ­inc­lusiveness, Punj claims “medieval invasions” changed the “culture of tolerance” in which, for instance, local kings had protected Syrian Chri­stians who found shelter in Malabar. According to him, it was after the “invasions” that people were persecuted for the first time for what they believed. Punj accuses leftist ­historians of glossing over all this.

A recent change in the RSS’s official line has marked a conscious break with V.D. Savarkar’s insistence in 1923 that only those who saw India as both their Punya Bhumi (holy land) and Pitr Bhumi (fatherland) can be considered Hindus. On September 19, 2018, in the first series of ­pub­lic lectures by an RSS sarsanghchalak, Moh­an Bhagwat called upon Muslims to tell the Sangh where they thought it was going wrong—though the organisation would continue to ­emp­hasise the common ancestry of all Indians, as this was “true”. Asked why the second RSS chief M.S. Golwalkar called Muslims, Christians and Communists “internal threats”, Bhagwat said, “Contexts change. The RSS is not so closed that we will agree with everything.”

The idea of common ancestry also finds ­men­tion in RSS: A View to the Inside by Walter Anderson and Shridhar Damle. The Sangh, the authors argue, has moved to the line that “all Indians are Hindu” and “loyalty to the nation” is now the only essence of Hindutva. This isn’t ent­irely new. Sometime in the 1980s, at an event in Savarkar’s honour, Atal Bihari Vajpayee had rec­alled his stay at Hotel Kanishka in Afghanistan, where his hosts told him “Kanishka is our ancestor”. Vajpayee’s point was that change of mode of worship can’t change ancestors, a statement ­similar to Bhagwat’s 2018 line.