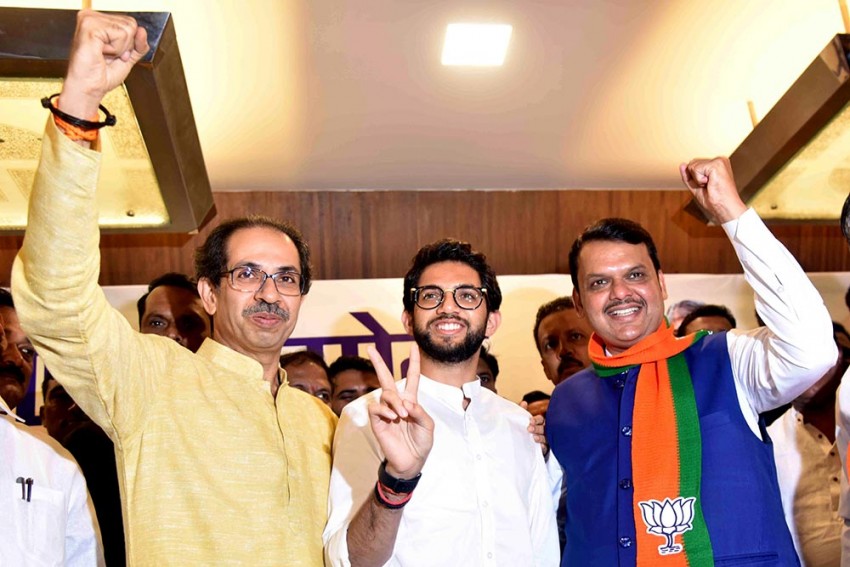 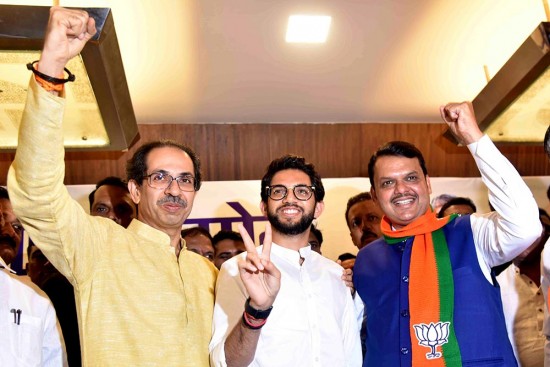 How does a hardcore Hindu right-wing party find common ground with two avowedly secular and liberal parties? Yet, here we are, trying to make sense of the drama unfolding in Maharashtra where two long-time allies broke off over a matter as simple as sharing the spoils of a battle fought jointly. And that, in short, is the crux of the mess in Maharashtra—the Shiv Sena pulling out of the BJP-led alliance and turning to the Nationalist Congress Party (NCP) and Congress in search of potential partners. But, strange bedfellows are not a rare entity in Ind­ian politics. Sworn enemies have built bridges, avowed allies crossed swords and ideological differences have blurred in a relentless quest for power over the years. The post-election high drama in the western state only reinforces the well-known theory that in politics, it’s not over till it’s over.

And none will be more aware of this than the BJP, which app­arently read the Shiv Sena part of the script wrong. Barely a fortnight after the election results on October 24 propelled the BJP-Sena alliance to simple majority with 161 seats in the 288-member in the assembly, the state was placed under central rule on November 12. The nature of the verdict, far from a landslide the saffron mahayuti (grand alliance) was expected to pull off, was such that it seemed to have whetted the vaulting ambition of the Sena to make an all-out bid for extracting a slice of the victory pie, larger than what its partner was willing to spare. A prolonged stand-off caused by the Sena’s call for an equal share in power, based on a so-called 50:50 formula led the 30-year-old allies to part ways on an acrimonious note, throwing the state into a vortex of political instability. 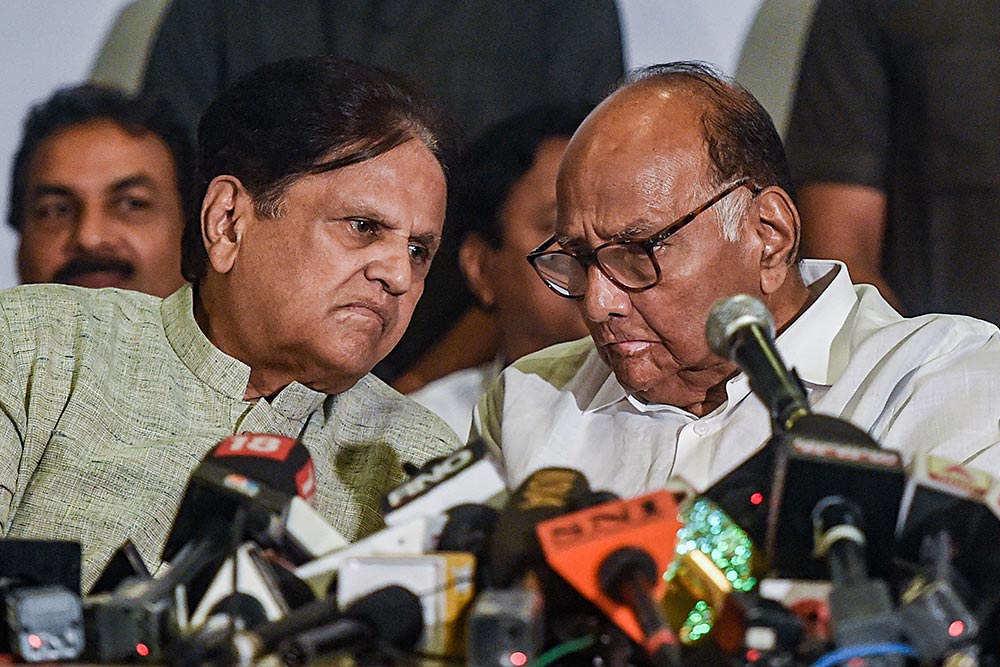 As the state assembly has since been put under suspended animation, hectic parleys among the parties are now on to form the new government. But there is no end yet to the political uncertainty arising out of the Sena’s refusal to budge from its stand over rotational sharing of the chief minister’s chair with BJP. The Sena apparently saw the poll verdict as an opportunity to get even with BJP, which had overrun its pocket borough in the past five years, reducing its status to a veritable junior partner. (Why Shiv Sena Is Giving Devendra Fadnavis Sleepless Nights) According to political observers, the Sena had apparently calculated that the opposition alliance of Sharad Pawar’s NCP and the Congress, which had won 98 seats in all, would be too willing to offer their letters of support to it in order to keep their principal adversary BJP away from power. In fact, the Sena rem­ained under such an illusion till the evening of Nov­ember 11 when its delegation led by Aditya Thackeray reached Raj Bhawan to seek extension of the 24-hour deadline given by governor Bhagat Singh Koshyari to express its willingness to form the government. Ironically, neither the Congress nor the NCP was ready to hand over their letters of support till then. Reason: the Sena was yet to discuss the nitty-gritty of government formation, including a common minimum programme with them. As the Sena was left to fend for itself, Koshyari wasted no time in inviting NCP, asking if it had the requisite numbers to form the government. Since Pawar’s party, like the Sena, sought two more days to do so, the governor chose to recommend President’s rule. Both the parties had been invited by the government only after the largest party BJP opted out of the race because of the Sena’s stand on government formation.

The Sena cried foul over the governor’s “haste” in imposing central rule without giving it enough time but its chief Uddhav Thackeray remains confident that his party will be able to form the government with the NCP and the Congress. “We will sit together and prepare a common minimum programme and stake claim to form the government,” he says. “The politics could be going in a new direction and it has already begun. People should wait for some time.” 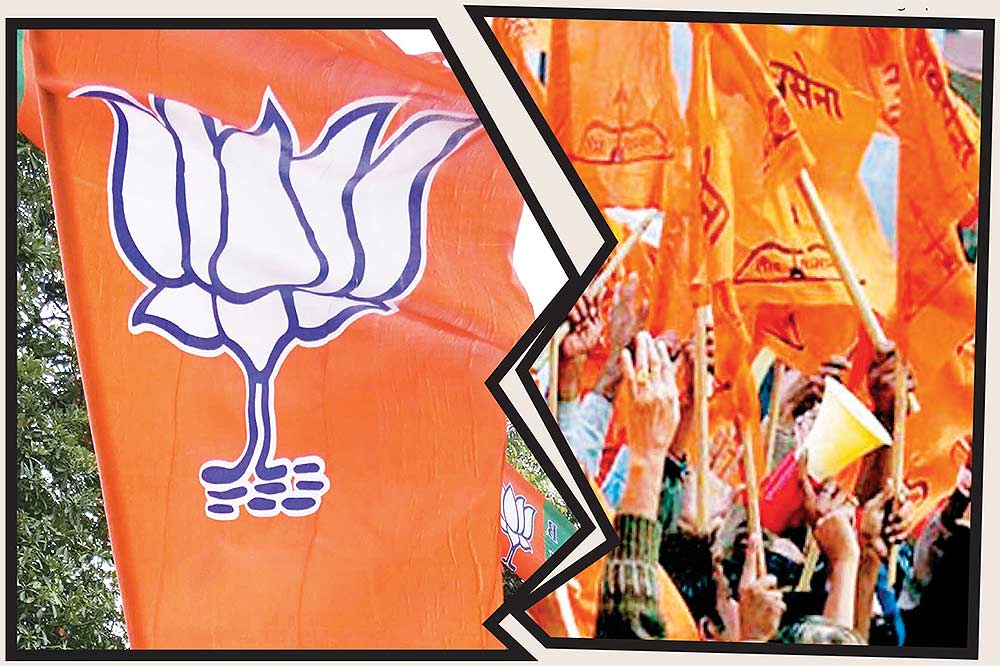 Uddhav is now apparently looking for a new alliance with parties pursuing ideologies diametrically different from its own. Till the time of going to the press, it was not clear if the Sena would succeed in its bid to lead a non-BJP government after many years in Maharashtra, but going by the turn of recent events leading to central rule, it certainly turned out to be a classic case of all dressed up and nowhere to go for the party. On November 11, party MP Arvind Sawant, its lone cabinet member in the Narendra Modi government, put in his papers, apparently in deference to the wishes of NCP-Congress, which had asked it earlier to sever ties with the BJP as a precondition of sorts before seeking their support. But, as the Sena discovered later, even after Sawant’s resignation, the Congress-NCP alliance showed no urgency to offer support. Both the parties later claimed that Uddhav had formally app­roached them for support only on the day his party was invited by the governor, which gave them too little time to discuss the modalities of form the government. NCP supremo Sharad Pawar said their alliance will not go ahead “unless we are clear about what would be the policies of the government”. Echoing his sentiments, senior Congress leader Ahmed Patel also stressed the need for the party to get certain things clarified, apart from discussing a common minimum programme before any decision is taken.

Read Also | It's A Local Call: Lessons From Maharashtra And Haryana State Elections

The Sena has since been left with little option but to wait for the final decision of his two prospective allies. Nonetheless, the Sena’s chances of heading a government have not vanished altogether with President’s rule. The ass­embly remains in suspended animation, which means the three parties still have time to carry out their negotiations before reaching a consensus. In fact, imposition of central rule has thrown up a number of possible scenarios for government formation. (Seven Possible Scenarios For Govt Formation Amid President's Rule In Maharashtra). It has enabled the Sena to engage with the NCP-Congress combine seriously and work out a possibility for running a coalition government based on a common minimum programme. The party also has to address the concerns of his possible allies, Congress in particular, which has been wary of supporting the Sena because of its policy of aggr­essive Hindutva. A section of Congress leaders believe that any truck with the Sena at this juncture will antagonise its secular vote bank, including minorities, in the rest of the country. Maha­rashtra Congress leader Sanjay Nirupam has already adv­ised the party high command to keep equidistance from  BJP and the Sena.

The Congress, therefore, appears to be in a big dilemma. It is apparently aware of the fact that a vast majority of its legislators are in favour of forming a government with the Sena so as to keep the BJP out of power in a key state like Maha­ras­htra. Since 20 of them are first-time winners, the party faces a challenge to insulate them from possible poaching attempts by BJP. 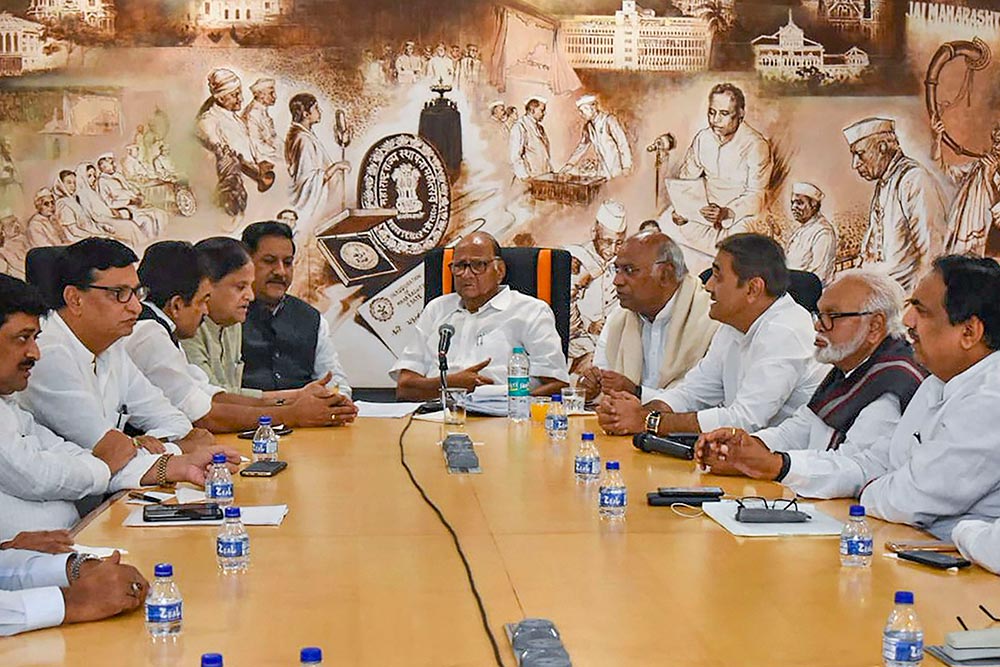 The return of BJP into the ring to explore fresh possibilities for government formation has given a curious turn to the dev­elopments. Though the party was the first to opt out of the race des­pite emerging as the largest party, it may well explore its chances in the changed circumstances now, as indicated by senior party leader Narayan Rane.  The former chief minister says that his party will try to get 145 MLAs to form the government. “The people had given the mandate to the BJP-Shiv Sena mahayuti. The Congress-NCP alliance is befooling the Sena but we will not go to the governor empty-handed now,” he says, indicating a possible rapprochement with the Sena. 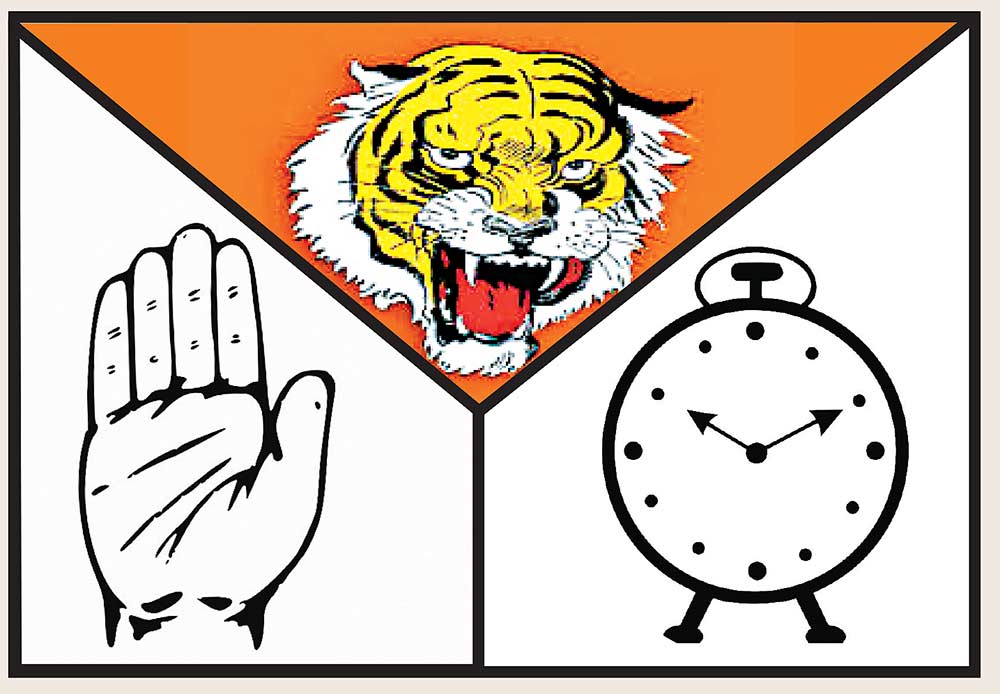 With the assembly in suspended animation, Shiv Sena, NCP and Congress begin hectic parleys to arive at a consensus on government formation...

The return of BJP into the ring to explore fresh possibilities for government formation has given a curious turn to the developments.

The Sena’s biggest task at the moment is to keep its flock united if it fails to imp­ress upon the Congress and the NCP to arrive at an agreement at the earliest. The party has been keeping all its MLAs at a Mum­bai retreat, apparently to ward off any poaching bid on them, but many of its newly-elected MLAs are known to have had a good rapport with BJP.

In comparison, NCP looks to be in a better position because of Sharad Pawar’s proven manoeuvring skills and the party’s unique position to bargain with both BJP and Shiv Sena. Even though the 78-year-old leader has been reiterating that their alliance has originally got a mandate to sit in the opposition, he has emerged as the central figure in all the negotiations now. He is said to be not only wrangling for rotational chief ministership with the Sena, but he also wants Congress to join the government, instead of merely len­ding outside support, for the sake of stability of the new dispensation. 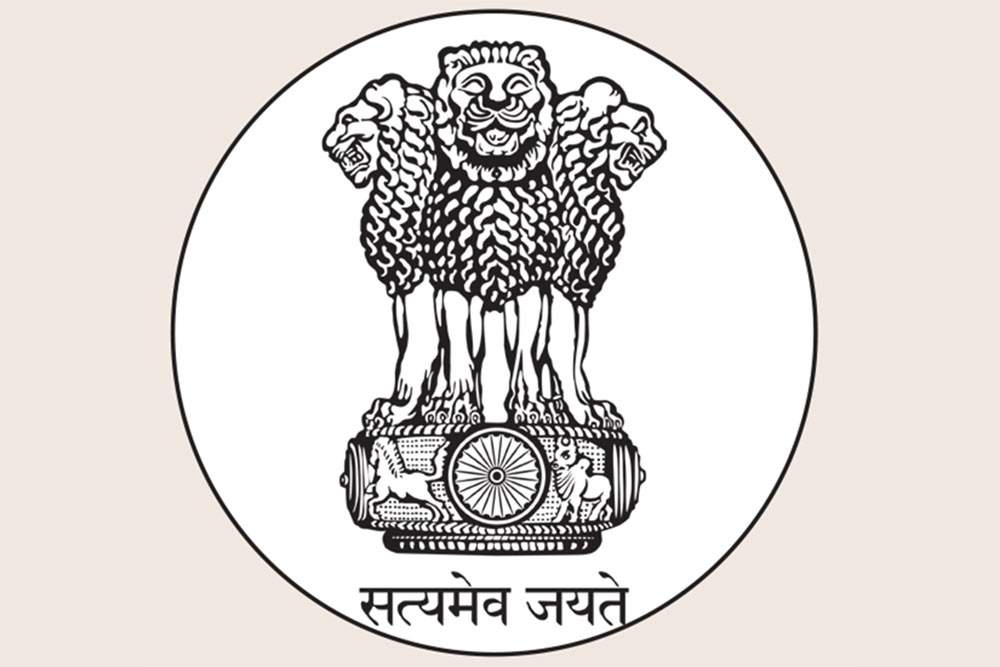 State Of The Union

Governor Bhagat Singh Koshyari refuses to give more time to the Shiv Sena and asks NCP if it has the numbers to from a new government. With NCP too seeking more time, Koshyari sends report to Union government recommending President’s rule.

Pawar—who was written off by BJP as a spent force in Maharashtra politics—can even afford to seamlessly switch sides and extend support to BJP if all his efforts to form a non-BJP government come a cropper. Despite his ideological differences with the saffron alliance, he had supported the BJP government for a while after a fractured verdict in the 2014 assembly polls. What if, with 54 legislators at his disposal now, he chooses to bail out BJP again, helping it get past the majority mark? What if BJP reciprocates by off­ering the deputy chief ministership to his party in the state while offering the Union ministry berth vacated by the Sena to his daughter Supriya Sule?

Maharashtra’s political situation is pregnant with such conjectures and possibilities, but there is no doubt that much of what ultimately pans out in the state in the days ahead largely depends on the Maratha warhorse: Sharad Pawar.

Drama In Many Acts