In Bengal, Mamata has invoked public wrath against her own party workers to marginalise her foremost adversary, BJP. 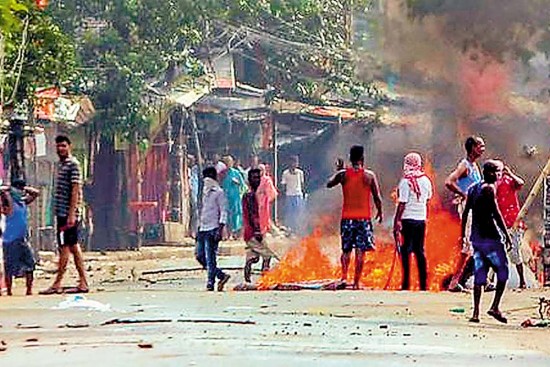 The BJP’s rise in Bengal as a ­major power and its formidable challenge to the ruling party could yield unexpected dividends—a possible repreive and recompense for those at the ­receiving end of TMC officials’ monetary demands. Mamata reportedly ­berated her party apparatchiks for taking cuts from beneficiaries of welfare programmes and asked them to return the ‘cut-money’. To mobilise her party ­before the ­municipal elections, Mamata had called a meeting in Calcutta on June 18. Addressing her councillors, who had come from all over the state, she vented her ­rage at the allegations that her party fostered an extortionist culture. During the election campaign, Modi had repeatedly levelled the charge that TMC supported extortion.

Angry people gheraoed TMC leaders and elected representatives of panchayats and municipalities in Birbhum, Malda, Cooch Behar, Purulia and Bankura districts. They demanded that the money taken from them to provide benefits for various schemes of the government be returned. A panchayat pradhan from  Birbhum district reportedly returned the Rs 2.28 lakh that he had earlier taken from villagers.