Opinion | The Modi Mode Is A Mouthful

Even Narendra Modi’s opponents have sustained the image of the man being a master orator. That couldn’t be further from the truth. 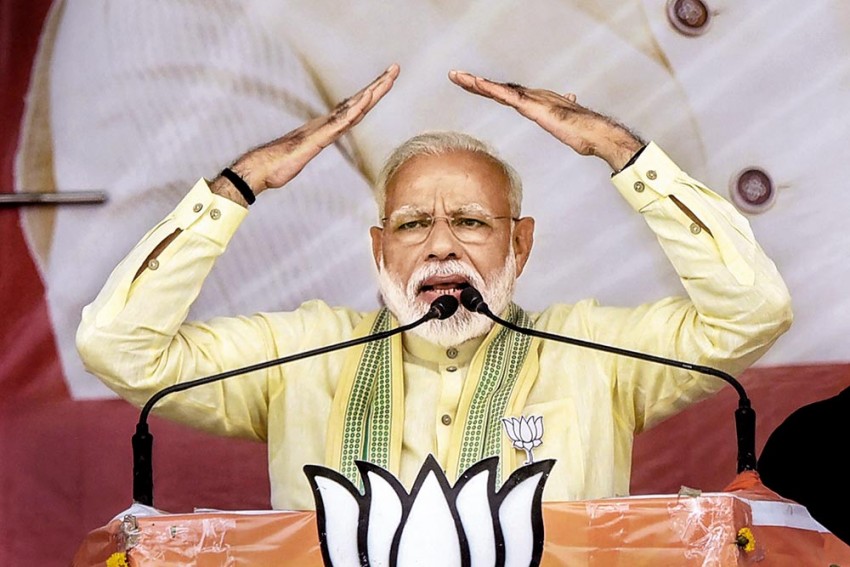 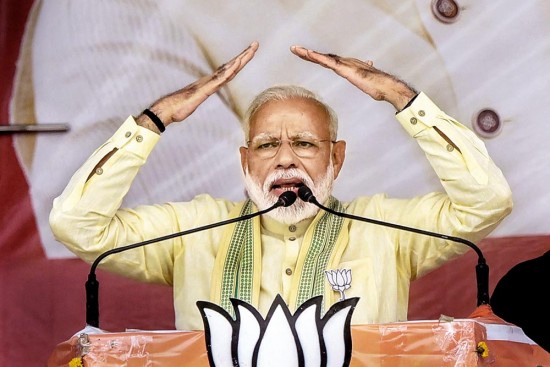 There is nothing in the world like a persuasive speech to fuddle the mental apparatus and upset the convictions and debauch the emotions of an audience not practiced in the tricks and delusions of oratory.

In the last five years, amidst the varying assessments of Narendra Modi’s performance, one constant that has endured is the assertion that he is a great orator. This claim is made even by his trenchant ‘liberal’ critics. Ramachandra Guha calls Modi a “spectacular orator”; Shashi Tharoor refers to Modi as a “very fine orator,” and Shekhar Gupta thinks Modi’s “phenomenal oratory” makes him “our most powerful public speaker and communicator.”

When your opponents agree with your supporters, an assertion becomes a fact. Nevertheless, this assertion, as with many other aspects of the Modi regime, has, remarkably gone unchallenged. And Mr Modi’s communication skills have become mythical. But if one peels back the layers of this myth, its hollow insides can be made visible.

The most important quality of oratory is that it must be truthful. Aristotle, in his famous work Rhetoric had argued against his opponents about the necessity of the art of persuasion in oratory and debates in public life. Popular audiences, with varying degrees of intelligence, and even in “possession of the exactest knowledge” cannot be ­expected to be convinced only by a mode of speech relying on reasoning alone. Human beings are emotional and passionate and these are legitimate in politics as reason. Hence the need for persuasion and rhetoric.

Yet, Aristotle’s rhetoric is not divested of the truth: “We must not make people believe what is wrong” and “there is moral character in every speech in which the moral purpose is conspicuous.” In fact, he believes that rhetoric is an important art to establish facts and justice, and that people have a “natural capacity for the truth.”

If untruth is part of Modi’s ­oratory, a more basic problem with it is its dangerous communal messaging.

But one major problem with Modi’s oratory and rhetoric is its tenuous relationship with truth. And this has been established emphatically. In the present election campaign, Modi claimed that he belongs to a most backward caste, that there has been no major terror attack under his governance, and that uttering the name of Lord Ayyappa can get one arrested in Kerala. During the Karnataka elections, Modi made untruthful references to the Congress, Bhagat Singh and Field Marshal Cariappa, and the Gandhi family not congratulating the BJP after its 2014 win. Before that, in a speech in Parliament, he claimed that if it were not for Nehru, the whole of Kashmir would have belonged to India. In the Gujarat election campaign, Modi accused Manmohan Singh of conniving with Pakistan, a serious charge which is essentially treason. And then there are the regular false claims about development achievements.

The list of Modi’s untruthful assertions is rather long to be listed in one place. Yet, in India of the present, this does not seem to affect the appellation of him being a powerful orator. There is no moral revulsion for untruth, and under the propaganda machinery of the BJP/Sangh Parivar, lying, fake news, etc. have become normalised. A refusal to call a lie a lie is seriously damaging to the moral fabric of the nation.

In the United States, major news outlets track and document every lie uttered by the president, a great mechanism of moral shaming and ensuring accountability. The Washington Post found that Donald Trump made 2,140 false/untruthful claims in his first year alone.

If falsehoods are a part of Modi’s oratory, a more fundamental problem with it is the dangerous communal messaging—in violation of all constitutional rules—and fear-mongering. This election has seen its nadir with Modi referring to the Congress insulting Hindus, Rahul Gandhi contesting from a ‘minority’ constituency, and openly seeking votes on the Sabarimala issue despite the Supreme Court verdict saying that should not be done.

In the past, these speeches have ranged from Muslim refugee camps (after the Gujarat riots) being baby-producing factories to coloured references of graveyards/cremation grounds in the UP election campaign, from the claim that the opposition is seeking to take away reservation and give it to the minorities (read Muslims) in the Bihar election campaign to the allusion that Vice President Hamid Ansari was somehow diminished for he essentially represented Muslim interests only, and from the statement that Pakistan wants Ahmed Patel as chief minister in the Gujarat campaign to Congress celebrating Tipu Sultan Jayanti in Karnataka.

For all the praise he gets for his oratory skills, Modi hasn’t held a ­single press ­conference in his term.

Persuasion and rhetoric are here being ­employed in the cause for appealing to the basest of human instincts and the darkest of fears. Which oratory is difficult and greater, the one that reproduces the most popular and bigoted understandings, or that which challenges/contradicts them, and to persuade the audience to think in nobler ways never thought before? Does a great orator only go down to the level of the masses or also seeks to rise above them?  One only needs to contrast Modi’s speeches with one like that Martin Luther King’s “I Have a Dream” in which he called to end racism, to understand the transformative power of oratory.

Then there is the most baffling aspect of the “most powerful orator” showing an unprecedented penchant for avoiding questions from the media. Modi has held several interviews with the media—in a recent one for News Nation, he claimed he had used a digital camera and e-mail in 1988—but not even one solo press conference in his five years of rule. This surely must be a world record in a democracy. In contrast, US former president George H.W. Bush had done 91 solo press conferences in his four-year term. Even an anti-­democratic leader like Donald Trump had 170 impromptu Q&As in the first 465 days of his tenure, something ­inconceivable with the Modi mode of communication.

Add to all these are Modi’s silences when confronted with events that have sought to tear the nation’s soul apart, from the killing of Akhlaq to the rape and murder of the little girl in Jammu’s Kathua. The most ironic twist in the myth of Modi as the orator par excellence was when Man­mohan Singh asked the present prime minister to “speak more often”!

Asking questions of and demanding answers from the head of the government is a fundamental feature of democracies. A monologic oratory as a substitute for it will only sound democracy’s death knell.

Aristotle might be wrong. And his opponents, who argued that rhetoric can only aid the decimation of truth and lead to injustice, right. After all, we are witnessing, across the world, an unparalleled spread of rhetoric in the form of propaganda and “spin” in the service of dangerous and majoritarian populisms.

Therefore, it is imperative that the claims of Modi as an orator be subject to scrutiny so that the common myths of oratory are demolished. At the same time, it is important that we do not abandon rhetoric to the cause of demagoguery and despotism. Otherwise, we would be doing a disservice to the great orators from the Indian political landscape who use/have used rhetoric, and the art of persuasion to further social justice and democracy.