Gandhi and Ambedkar were antagonists on issues so key to who they were that bridging the divide remains impossible, writes Aakash Singh Rathore 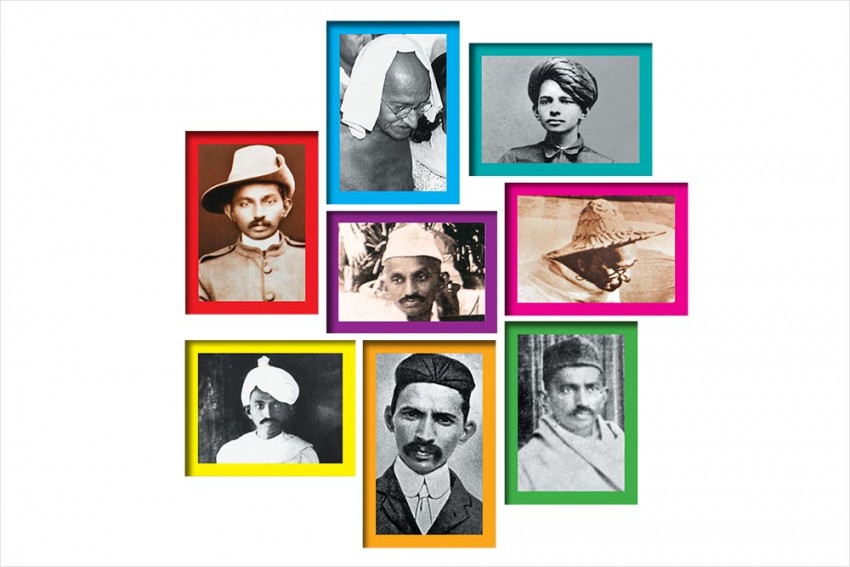 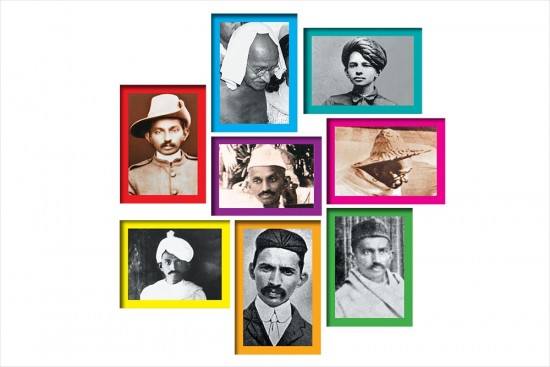 “I know Gandhi better than his disciples.
They came to him as devotees and saw only the Mahatma.
I was an opponent, and I saw the bare man in him.
He showed me his fangs.” 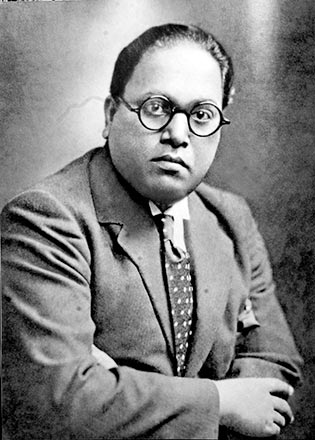 Mohandas Karamchand Gandhi’s relation­ship with other epoch-makers of his time, whether allies like Jawaharlal Nehru, friends like Rabindranath Tagore or antagonistic rivals like Mohammed Ali Jinnah, was never straightforward, uncomplicated or free of turbulence. Among the most controversial relationships was that between Gandhi and Dr B.R. Ambedkar (picture left). Scrutinising the ­relationship between Gandhi and Ambedkar is of crucial importance to a proper understanding of both of these pioneering figures, in spite of their notorious rivalry. As Upendra Baxi has argued, “our understanding of leading historic figures like Gandhi or Nehru is bound to remain incomplete, both in the sense of biography and history, in the absence of the grasp of their relations with Ambedkar”.

The rivalry between Gandhi and Ambedkar lives on through polemics in street-corner debates, ­newspaper columns, blogs, books, documentary films and so on, often with aggressive insults parlayed between the pro-Ambedkar, anti-Gandhi group and the pro-Gandhi, anti-Ambedkar group.

And indeed, the numerous differences between Gandhi and Ambedkar during their own lifetimes are always evoked in support of the ­currently-sustained enmity between their followers.

Ramachandra Guha has well capsulated many of these ­salient differences bet­ween Gandhi and Ambedkar. “Gandhi wished to save Hinduism by abolishing ­untouchability, whereas Ambedkar saw a solution for his people outside the fold of the dominant religion of the Indian people,” Guha writes. “Gandhi was a rural romantic, who wished to make the self-governing village the bedrock of free India; Ambedkar an admirer of city life and modern technology who dismissed the Indian ­village as a den of iniquity. Gandhi was a crypto-­anarchist who favoured non-violent protest while being suspicious of the State; Ambedkar a steadfast ­constitutionalist, who worked within the State and sought solutions to social problems with the aid of the State.”

But what Guha has captured here would seem to be the bases for a perfectly amicable dispute. The Gandhi-Ambedkar dispute was far from cordial. It was, at times, an existential battle, a life-or-death struggle.

The 1932 Poona Pact ­remained a thorn in the side of Ambedkar until the end of his life, and the details of its unfolding continue to irk Dalits and Ambedkari­tes right up to the present day, and for very good reason. Gandhi’s hunger fast in ­defiance of communal voting rights that the British had awarded to the untouchables ­presented Ambedkar with an agonising ­dilemma. Ambedkar had to choose between letting Gandhi starve to death in order to permit the untouchable communities to ­retain essential voting privileges within ­democratic elections or, on the other hand, giving in to Gandhi’s demand of undivided general elections for the ­untouchables, thereby ­undermining their political representation, but saving Gandhi’s life.

Ambedkar gave in to Gandhi, the Poona Pact was signed, and Gandhi broke his fast. After this event, Ambedkar understandably became ­increasingly bitter towards Gandhi’s movement and his biopolitical methods.

Many historians view this unfortunate event as the ­paradigmatic conflict ­between Gandhi and Ambedkar. Actually, the ­situation is far more ­complicated. In an interview conducted for BBC radio in 1955, Ambedkar, nearing the end of his life, spoke candidly about Gandhi, withholding none of the acrimony that had accumulated over the years since his coerced submission to Gandhi decades earlier. 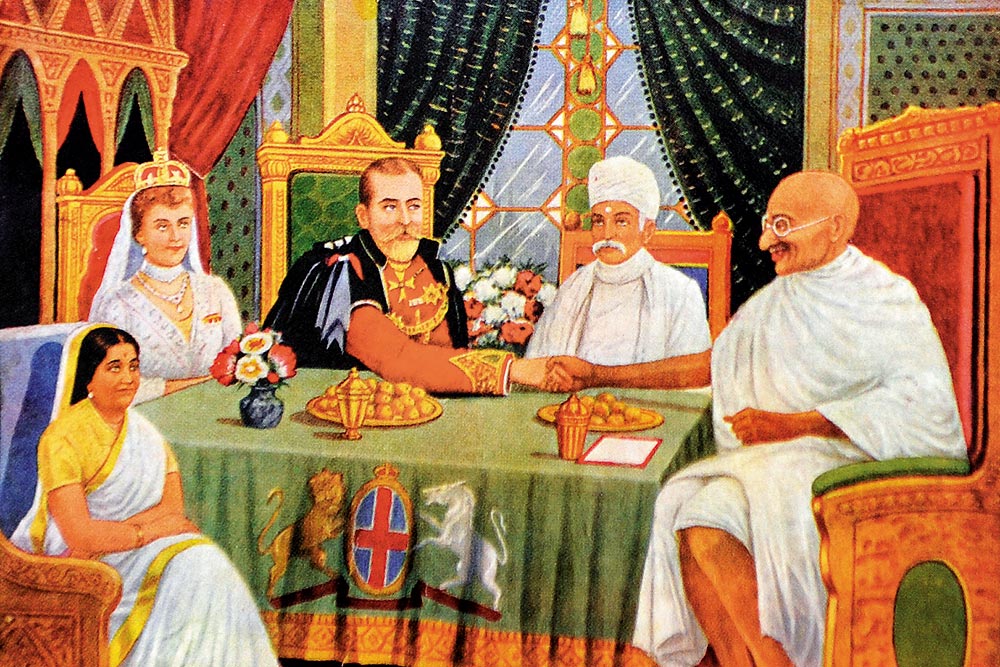 A painting of Gandhi ­dining with the British king.

In reply to the interviewer’s question, “So you would say Gandhi was an orthodox Hindu?” Ambedkar answered: “Yes, he was absolutely an ­orthodox Hindu. He was never a reformer. He has no dynamics in him, you see. All this talk about untouchability was just for the purpose of drawing the untouchables into the Congress. That was one thing, and secondly, he wanted that the untouchables would not oppose his ­movement of Swaraj. I don’t think beyond that he had any motive of uplift.”

In the same interview, Ambedkar characterised Gandhi as a cunning ­politician, rather than as a mahatma. He suggested that Gandhi’s decisions and ­declarations relating to the untouchables were based on calculated politics rather than on an appreciation of the inherent injustices of the caste system and the urgent humanitarian need to address it. As far as Ambedkar saw it, Gandhi’s deeper motivation was to pack the numbers of Hindus by including the ­numerous scheduled castes within this section, as against independent communities such as the Sikhs and the Muslims. For his part, Gandhi sought without success to continue to lure Ambedkar into his own fold.

In a letter to Ambedkar, dated August 6, 1944, Gandhi wrote: “I know to my cost that you and I hold different views on this very important ­question (untouchability). And I know, too, that on the broad politics of the country we see things from different angles. I would love to find a meeting ground between us on both the questions. I know your great ability and I would love to own you as a colleague and co-worker. But I must admit my failure to come nearer to you. If you can show me a way to a common ­meeting ground between us, I would like to see it. Meanwhile, I must reconcile myself to the present ­unfortunate difference.”

Gandhi ­remained ­attached to an idealised ­version of the varna system whose annihilation Ambedkar sought.

As is apparent from Ambedkar’s 1955 assessment, the “present unfortunate ­difference” to which Gandhi had to reconcile himself was not itself reconciled in ­subsequent events. The ­politics of the era pitted Gandhi and Ambedkar as ­antagonists on too many ­issues, and on issues so ­crucial to their persons and personalities that the ­bridging of their divide ­remained impossible.

Ambedkar firmly believed that Gandhi remained ­attached to an idealised ­version of the varna system, a system against which Ambedkar was inalterably and profoundly opposed­. Indeed, this system’s ­complete ‘annihilation’ was what Ambedkar sought. His ­systematic ­polemic writings against Gandhi, including Mr Gandhi and the Emancipation of the Untouchables and What Congress and Gandhi Have Done to the Untouchables, are full of numerous citations of Gandhi on the question of varna, quoted with venomous disdain and contempt by the egalitarian Dalit.

Ambedkar sketches the ­progression of Gandhi’s ideas on the subject from his early days in South Africa to the end of his life, attempting to show that Gandhi’s subtle ­differentiation between caste and varna amounts to mere rhetoric. Moreover, in ­starkest possible contrast to Gandhi’s romanticist ­nostalgia for a pre-modern organisation of human social and political economy, Ambedkar was an ­irrepressible pro-enlightenment modernist. 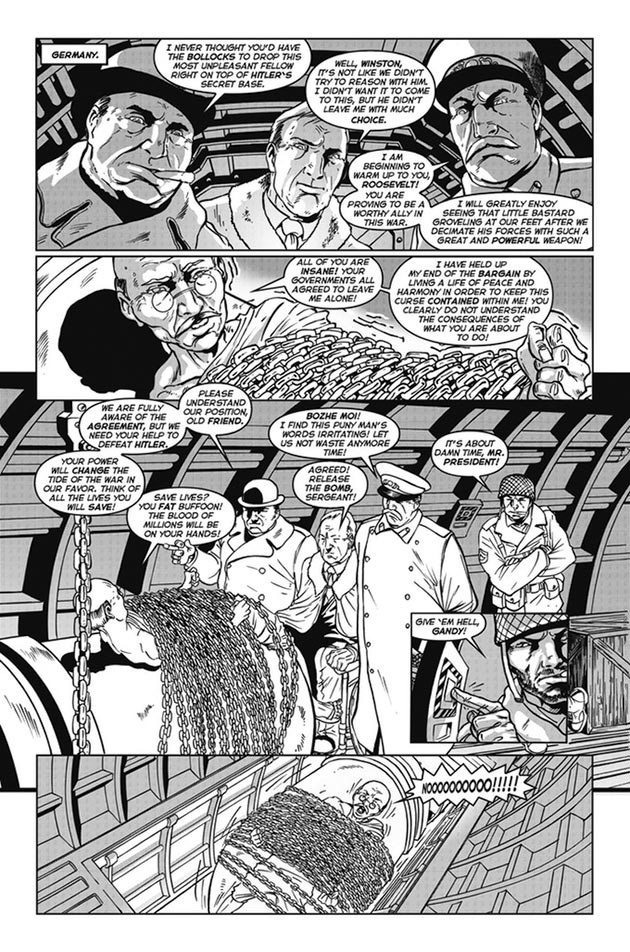 Gandhi and Ambedkar ­remained fixed in these ­fundamental beliefs. Thus, ­although Gandhi and Ambedkar both understood themselves to be champions of the emancipation of the untouchables, their conceptions of from what and into what the untouchables were being emancipated were ­radically and fundamentally at variance. Despite this, many scholars believe that Gandhi’s ideas came closer to Ambedkar ­towards the last decade of his life.

Harold G. Coward argues forcefully that because “of continually having to contend with Ambedkar’s critique”, Gandhi’s ideas on the political activity of the untouchables and, indeed, his ideas on varna changed from the 1940s onwards. Coward makes it a point to mention Gandhi’s support for appointing Ambedkar to chair the ­constituent assembly’s ­constitution drafting ­committee, even in the face of opposition. That’s besides sundry remarks of Gandhi such as appointing a “chaste and brave Bhangi girl” as president of the new India.

These and similar ­arguments about Gandhi’s changing position on the caste question towards the end of his life raise perhaps a reasonable doubt about the issue of varnashrama ­constituting one of the ­principal bedrocks for the ­irreconcilability of Gandhi and Ambedkar. But one ­cannot fail to mention that Ambedkar himself was ­unconvinced of this argument, and perhaps he deserves the last word over whether his understanding of Gandhi’s later position was more ­reconcilable with his own.

In fairness, it should be noted that a larger share of Gandhians have, indeed, come over to Ambedkar’s ­position on the need to ­annihilate caste in order to establish egalitarian justice, and at least in this respect, the contemporary Gandhian and Ambedkarite camps have far less justification for ­mutual antagonism. 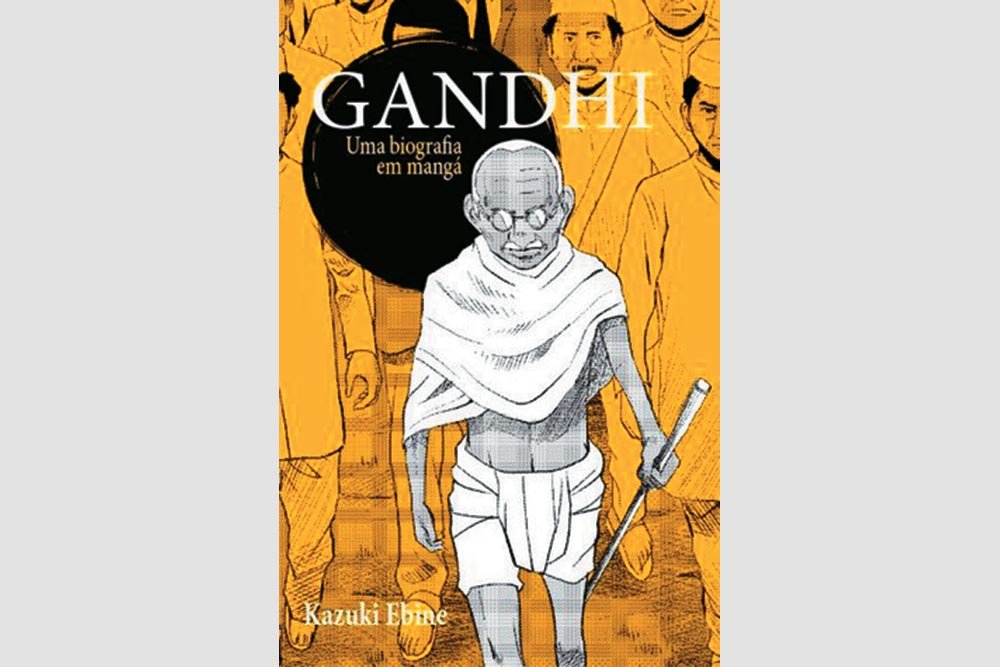 Cover of his Japanese Manga biography.

Gandhi and Ambedkar may be forever irreconcilable, ­irrespective of so many recent attempts to reconcile them. Ambedkar himself remained unconvinced of any change in Gandhi’s position, despite the evidence that certain scholars have proffered to show that Gandhi moved closer to his position in the last years of his life. An awareness of the harmonising traits in Gandhi and Ambedkar is especially valuable for uniting ­progressive forces in ­contemporary society rather than permitting them to ­expend energy on ­polemics against one another. They should rather collaborate strategically in pursuit of overlapping objectives.

Keep in mind, however, that this is the era of the ­appropriation of Ambedkar. That is why it is important that the value of this ­strategic collaboration should not ­prevent us from ­staying ­attuned to the ­differences ­between what Gandhi and Ambedkar ­represented in their own ­lifetimes. In fact, the ­laudable goal of ­emancipation may itself ­require an attentiveness to differences, especially when there is a constant risk of ­appropriation.

Aakash Singh Rathore Author of A Philosophy of Autobiography: Body & Text and Indian Political Theory: Laying the Groundwork for Svaraj