The Legacy Nawab Wajid Ali Shah Left Behind In Calcutta

When deposed nawab Wajid Ali Shah settled in Calcutta, he brought Awadhi art, literature, sport, fashion, food…changing and adding to the cultural contours of the pulsating metropolis. Plangent strains of all that are heard still in his beloved Metiaburj, 199 years after his birth. 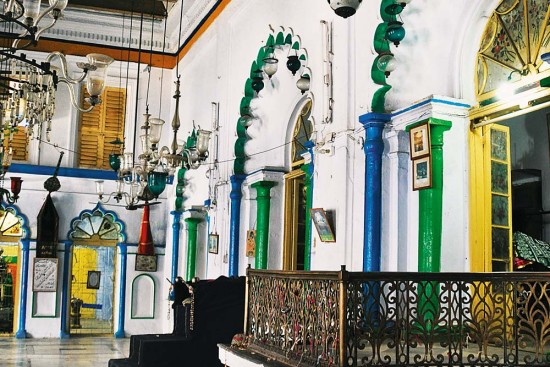 We humans are the children of chance and circumstance, and the civilisations and cultures we straddle, and the connections between them, are woven through the quirks of fate. Chance, too, directed the connection between the city of Nishapur in the province of Khorasan in Northeastern Iran, known for its high-quality turquoise, and Calcutta. The first Nawab of Awadh, Sadaat Khan Burhan-ul-Mulk, was a Persian noble from Khorasan who came to India in 1708. The last was Wajid Ali Shah, who spent the last 31 years of his life in Calcutta.

Born on July 30, 1822, Wajid Ali Shah was not in the direct line of succession and received no special treatment during his early years. As Nasiruddin Haider died heirless, his grandfather’s brother, the 63-year-old Nawab Mohammad Ali Shah, was crowned the third king of Awadh. His son Amjad Ali Shah took over after four years. When he died of cancer, the young Wajid Ali Shah was crowned in 1847.

Wajid Ali Shah’s rule coincided with the East India Company’s decision to swallow whole the rich kingdom of Awadh. Contrary to popular perception, Shah took a keen interest in administration. He would mount a horse and supervise the infantry in the early mornings at Musa Bagh. He introduced reforms and strengthened the existing judicial system on the principles of Mohammedan and Hindu laws. The king transferred land revenue management to a set of trained officials, instead of clinging on to autocratic power. All these were abhorred by Company officials.

The British interference in Awadh started after the Battle of Buxar in 1764, when nawab of Awadh Shuja-ud-Daulah and his temporary allies, Mir Qasim, nawab of Bengal and Mughal Emperor Shah Alam II, took on the Company’s army. After their defeat, Company troops were stationed in Awadh at the nawab’s expense. Within a few years, a British...