The Importance Of Modi Goes Beyond Narrow Politics: Mahesh Rangarajan

Historian Mahesh Rangarajan talks about Modi’s distinctiveness as a leader, the socio-political implications of the BJP’s second term, and the scope and potential of coalition politics. 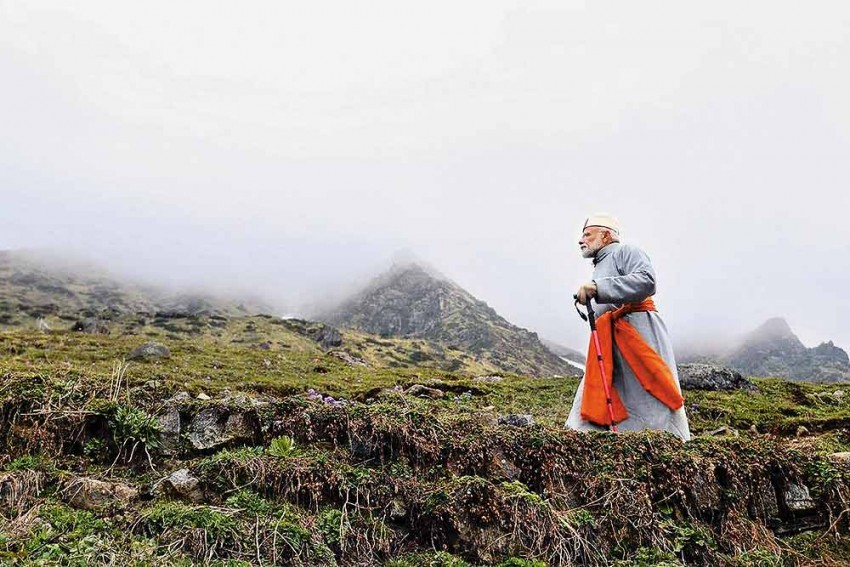 Myth Mountain
Modi gets ­photographed on his Kedarnath trip
Photograph by PTI
Pranay Sharma May 24, 2019 00:00 IST The Importance Of Modi Goes Beyond Narrow Politics: Mahesh Rangarajan 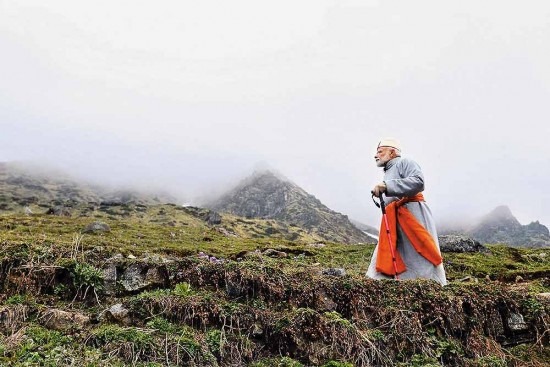 In a conversation with Pranay Sharma, historian Mahesh Rangarajan talks about Modi’s distinctiveness as a leader, the socio-political implications of the BJP’s second term, the Left’s lost legacy in India and the scope and potential of coalition politics. Excerpts:

The results show that Narendra Modi continues to be a very popular leader among the electorate. What is the reason for that?

Modi has emerged as the first leader other than Nehru and Indira Gandhi to complete a term leading a majority party government and then win re-election. A large part of voters, nearly 45 in 100, have voted for his party. In itself, it shows endorsement of the broad direction he has set out in since 2014.

We see Modi’s leadership as the core around which all political activities in India are taking place, something that used to happen much earlier around the Congress. What is the significance of this shift?

The Prime Minister is the pivot of the entire polity in a parliamentary dem­ocracy. In India, there were some conflicts with the head of the ruling party, Nehru and Kripalani in 1947-48 but it is clear who won and why. A premier who commands a majority in the House of the People and is a ­seasoned politician does more than head the government or set the ­legislative time table. He or she drives the larger political agenda. This was so in the past as well with Indira Gandhi at the top. The last Congress party gov­ernment demitted office in 1996 but it had not won a majority in the general elections.

What in your view would Modi in his new term be like?

Bold. He is someone who redefines the terms of politics. Even critics admit to this trait. Expect more changes, especially to realise long-held goals of the party.

The NDA claims it is a government for all Indians, yet the religious ­minorities, particularly the Muslims, have been feeling marginalised. What should the new dispensation do to address this feeling?

To be fair, he has begun by saying it will be an inclusive India. The test will be in what lies ahead. Here, there may be concerns.

For instance, will the party re-work the citizenship bill?

More than that, we should ask if there  will be an end to the strident words of some junior leaders. There is a sense of legacy that comes up in a second term. Will it see any change? Given the size and salience of religious and linguistic minorities, reassurance is a must to overcome distrust. I sense that Hindu nationalism will be the new default mode, not composite nati­onalism of the old Congress days.

There have been several attacks on Dalits over the past five years, yet the BJP has swept most of the ­reserved constituencies. Is the imp­ression of unease within these communities against Modi and the BJP misplaced?

The scale of the win is not possible without significant support from STs or Dalits. These concerns remain, hence the BSP has re-opened its acc­ount. But, other parties lacked credibility and depth of support to pose a challenge to the BJP. Hence it is up to the ruling party to set at rest any such misgivings.

Is the Congress losing relevance as a political party? Can the party ­re-­invent itself for the challenges it faces today?

It is in deep crisis. Not so much of two electoral defeats, as one of ideas and energy. It needs to re-invent itself in the reform era and build stable long-term regional leaders. Also, it needs to ask how doors can be open at all levels to women or men of talent. There were enough economic issues and questions to mount a stiff challenge. But, it needs hard ground work to renew and rebuild. India has changed and the Congress has to catch up.

To what extent will the BJP’s rise affect the nature of the Indian polity? Fundamentally, what change is it likely to bring?

Modi as much as Atal Bihari Vajpayee represents a political tradition that wishes to remake the political idiom and grammar.

The BJP, and prior to that the Bharatiya Jana Sangh (which merged with the Janata Party in 1977-80), is distinct in one respect from all other non-Congress parties. It has never had a pre or post-poll acc­ord with the Congress. Its roots, ideology and political culture are different as is its history. Modi as much as Atal Bihari Vajpayee represents a political tradition that wishes to remake the political idiom and grammar. The change is both in domestic and foreign policy: there is a sense of nationalism that is rooted in cultural redefinition. There is both celebration and unease about this, but the shift was first evident in May 1998 when India became a stated nuclear power. Under Modi, as the ­reliance on allies is not an issue, and the party has a much larger vote share than Congress, the ideological shift is more pronounced.

Most people who vote for the BJP these days do it mostly for Modi and not the party. How is it going to ­affect his relation with the party and other members of the Sangh Parivar?

For long the slogan was ‘Pradhan Mantri Agli Bari/Atal Bihari Atal Bihari’, so the tradition of projecting a major leader is older. No doubt this was true in Congress from Nehru’s time, as early as the provincial polls in 1937 and right till the 1962 elections and after. In the BJP, this is the first PM who heads a government of the party. He has also overseen victories not only in UP but also in states like Assam and Tripura. Its emergence as a ruling party—at one stage in as many as 18 states—is no small landmark. This all makes not only the party but also all, and I mean all wings of the Sangh family, stronger. In a sense, the government and the party are the drivers of expansion and change. My sense is that the importance of Modi goes beyond narrow politics. His ­ene­rgy, as in travels across the country and the association with welfare progra­mmes, is at a different level from any previous prime minister (since Indira Gandhi). He is cer­t­a­i­nly a force to reckon with. But he is leader of not only the cou­ntry but the party and very much of the Sangh. How this will change the equati­o­ns is worth wat­c­h­ing.

There has been a resurgence of natio­nalism in different parts of the world, including several democracies. How do you see it panning out in India?

Indian pluralism and secularism were defined by a tradition of sarva pantha sambhava or to see all faiths with  an equal eye. By comparison, the Orthodox Church in Russia, the Anglican in the UK and the idea of the Jewish state are critical to those countries. While secular, the US has historically had Protestantism central even in key function and a Roman Catholic got elected only as late as 1960 there. The shift here has mostly been de facto not de jure. The language of politics has changed and significantly so. The major marker is the citizenship bill as it makes distinctions on grounds of faith for those from neighboring countries. Will this trend res­ume, continue or lapse? This will be a key element to watch. 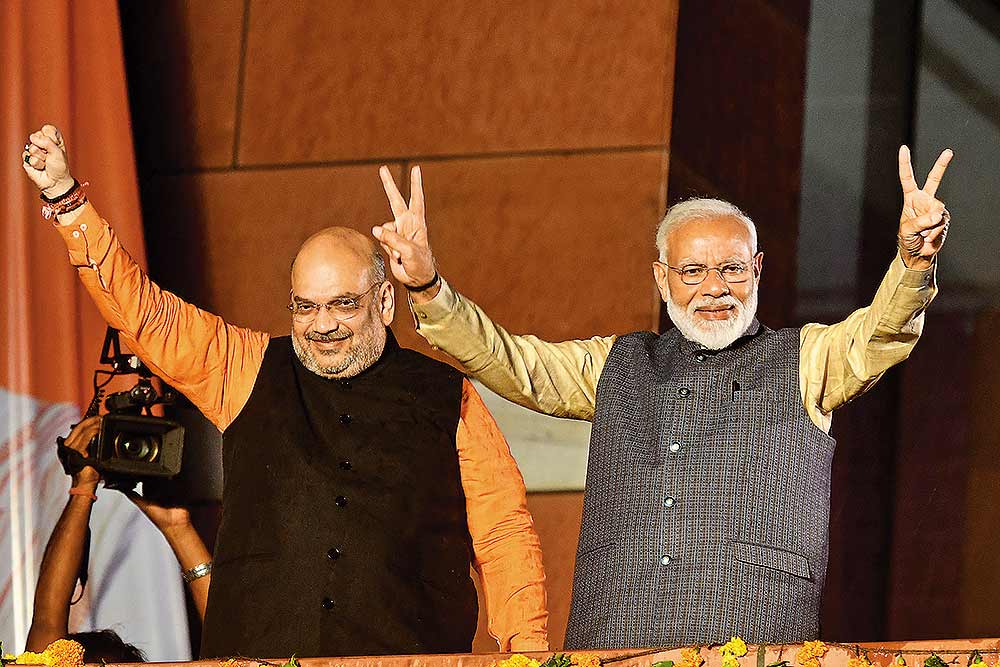 Is religion an important component of nationalism? In the present context, what role does it play?

Religion not in the sense of one uniform set of rituals has been at the core of Hinduism. But an ethno-religious nationalism that sees Hindu-ness or Hindu culture as the core of nation hood is very much at the core of Hindutva. This is not an innovation of the party or even the Sangh as its roots go to Savarkar and even earlier. But its articulation and expansion are at happening at an unprecedented level. Modi is critical to this project. He is the first-ever Hindutva leader at the pan-Indian level from the Mandal classes. This is important, but he has taken care, as in the Dashaswhamedha Ghat ceremonies soon after he took oath of office to reassure and include the so-called Savarna Hindus in his larger coalition. So there is a re-making of Hinduism, a loosening, if not of hierarchies, of the way the symbolism works. This is in sharp distinction to radical currents that reject the ritual but it is the language of politics that is infused with religious symbolism.

Jawaharlal Nehru often ended his public addresses with “Bharat mata ki jai”. When the same slogan is raised now, what is the difference in the tone and tenor?

When Nehru raised it, it was in the context of the freedom struggle and the most celebrated instances of it were when the kisans of Awadh stood up to the Raj and the talukdar. It was a slogan of defiance of the Empire and landlord. The entire situation is very different in a free country. There is a precedent: after her return to office in January 1980, the slogan was raised by Indira Gandhi. As in her case, Modi too invokes the nation, seeks contact directly with the people and stands above the fray.

Regional parties have been key members of coalition governments. Do you see a 1967-like situation when nearly 50 per cent of the states were ruled by regional parties or entities that were different from the ruling party at the Centre?

We do not know. In the last five years we had for the first time in many years the party in power in New Delhi ruling most states singly or as an ally. These included UP and Bihar, Gujarat and Maharashtra, Assam and Tripura. Barring much of the south and the south eastern sea board, the large states are not ruled by regional parties.

How significant is the decline of the left, both at the state as well as at the national level?

The decline of the left, especially in West Bengal began clearly with Nandigram and Singur within half-a-year of its last win in 2006. This election marks a further turn with the emergence of the BJP as a strong challenger in the state. Tripura saw the first defeat of the Marxist party by Hindutva. Its larger role in national politics slipped, however, from grasp in 2008-09. Regional parties often with a base among the poor matter more. The left is still vibrant in Kerala where it long moved beyond labour union politics and started taking up middle class issues.

Some sections see the Congress as the ‘B” team of the BJP. Is that a correct assertion?

Such remarks arise from the open religiosity of key Congress leaders. But this is a return-to-a-past pattern, well-known in the 1980s but even earlier. Barring only Nehru, Congress premiers did not shirk from religious icons or ceremonies. Even in Nehru’s case, his fascination with the Vedanta and the Upandishad made him especially close to two historic figures, Radhakrishnan and Rajaji. But there is a significance if the Congress, while attacking the Sangh, shies away from the religious minorities. It was never a secular party in the ‘no religion’ sense. The question is: will it defend pluralism and citizen rights of all?