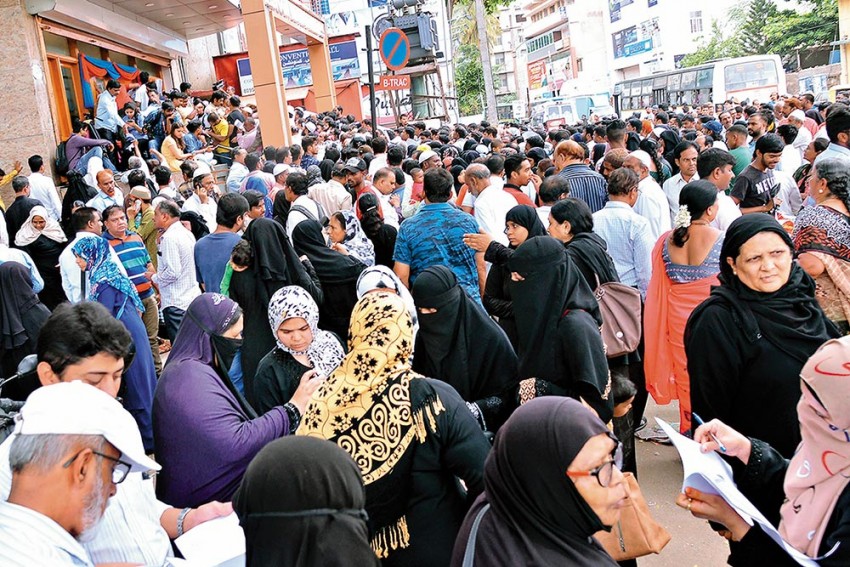 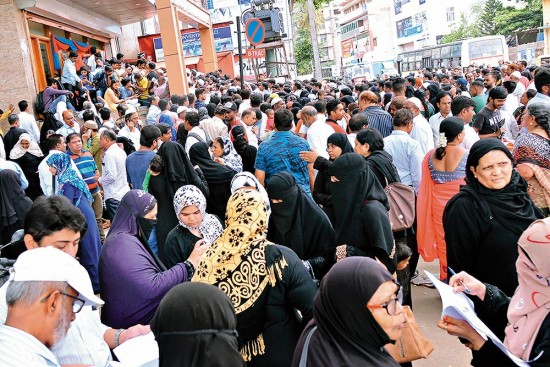 A Ponzi scheme gone bust, its promoter on the run and thousands of depositors left high and dry. An all too familiar story has been playing out in Bangalore since the I Monetary Advisory (IMA) group, which promised investors high returns, downed shutters in early June. Every day, scores of people have been queuing up to file police complaints—nearly 42,000 complaints have been received so far, according to a Special Investigating Team (SIT) that has been set up to probe the scam which, estimates suggest, could run upto Rs 1,500 crore.

The unravelling was dramatic eno­ugh—a viral audio message purportedly by the firm’s founder Mohammed Man­soor Khan talking about ending his life and accusing politicians and officials of ruining him. Khan has been absconding since. He surfaced this week with a video message saying he was ready to return to India to face the probe and help pay back investors. Again, he cryptically ‘thanked’ a slew of local politicians and businessmen for his current situation.

The Bangalore police have got his passport suspended and have initiated an Interpol blue corner notice for Khan who, they suspect, is in UAE. Meanwhile, the Enforcement Directorate has issued him summons for a probe into money laundering. All the while, complaints from depositors have been pouring in.

“The investigation is at a preliminary stage,” says an SIT officer, adding that about Rs 250 crore worth of property—gold and real estate—have been identified so far. Investigators now say that Khan was running a ponzi scheme using the facade of a limited liability partnership firm to convince his depositors, mostly Muslims, that the business was Sharia-compliant: that they weren’t earning int­erest, which is forbidden according to Sharia law, but getting a share of profits primarily from his bullion trading business. Khan had started the IMA group in 2006 but it was only in the last few years that he became really popular, building up a chain of gold jewellery outlets, pharma retail and grocery stores besides getting into real estate development. Investigators say that Khan merely rot­ated money, paying depositors high ret­urns from the new clients who came in. 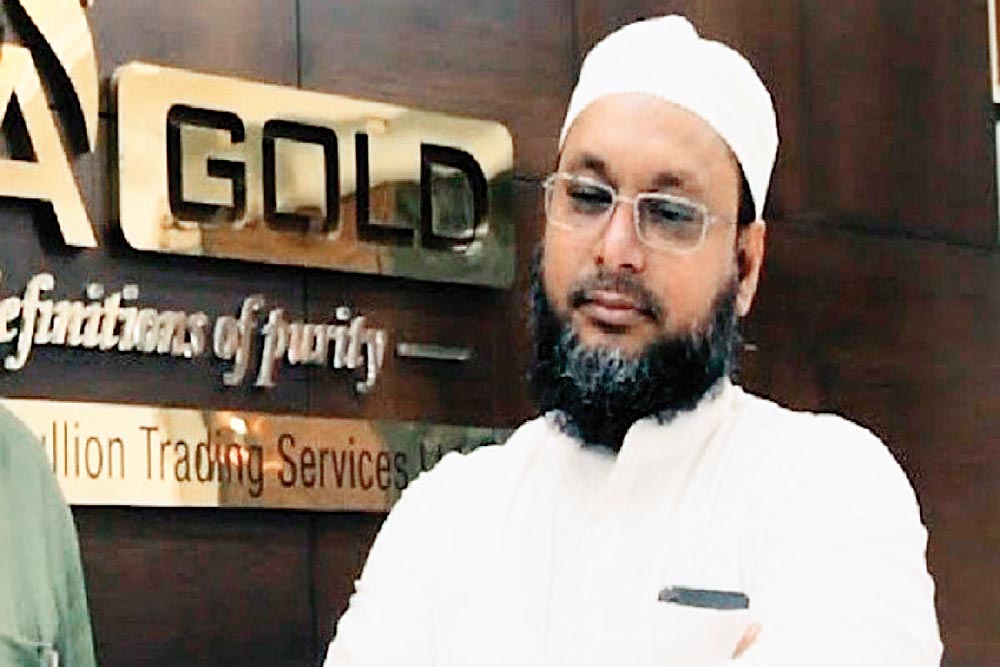 Now IMA’s depositors are in utter des­pair, and confusion. “Why would he run away if he had these many assets?” asks an MNC employee who had put in part of his insurance money into IMA in November. Like many, he too had heard of IMA from friends and relatives who had parked their money there. “It looked legitimate because he was running many businesses. I had been to their office thrice and they explained that the monthly profits we were getting came from these businesses,” says this person. He had received ‘profits’ on his investment every month until March, when they suddenly stopped coming.

After the Interpol notice, Khan put out a video in which he claimed that he had tried to return to the country but was de-planed.

The lure of high return attracted people from all strata of society. Police say some of them even mortgaged property to inv­est in the firm. There were about 72,000 people on the books, according to a senior officer. Even as late as June 5, Khan  put a message to investors on his company’s YouTube channel assuring that pending monthly payments would be cleared soon and that some hiccups were being sorted out. The police say he left the country on June 8. Two days later, his purported audio message went viral, and all hell broke loose. “We are conducting searches and seizures everyday to identify property,” says an officer. Khan has been booked under the Karnataka Protection of Interest of Depositors in Financial Institutions (KPID) Act, 2004. Khan converted investment into deposits flouting various rules, says the officer.

Curiously, IMA had managed to dodge the warning signs that had been flashing much earlier. As early as November 2018, the revenue department had issued a public notice in newspapers announcing that IMA Pvt Ltd illegally collected money from the public and was ‘diverting the funds to the director’s self interest’ and that steps were being taken to forfeit its properties. A Karnataka police wing too, it turns out, had initiated an enquiry after an RBI intelli­gence input, but apparently it could not pin down sections of the KPID Act on IMA’s activities.

Even as he fled, IMA’s Khan let fly several allegations, prompting B.Z. Zameer Ahmed Khan, Karnataka Minister for Food and Civil Supplies, and legislator R. Roshan Baig, to hold press conferences in a bid to clear the air. While Zameer Ahmed Khan said that he had sold a piece of property in Bangalore to Mansoor sometime ago, Baig said he only knew the man because his firm helped to support a school in his assembly constituency. Baig, in his press conference, said the purported audio clip was aimed at maligning him and demanded that Karnataka CM H.D. Kumaraswamy refer the matter to the CBI for a probe because investors from other states were also affected. Meanwhile, Revenue Minister R.V. Deshpande told reporters that Khan had approached him last month seeking help.

On June 22, however, after the Interpol notice was initiated, Khan put out an 18-minute video addressed to the Bangalore City Police Commissioner in which he claimed that he had tried to ret­urn to the country but was de-planed. He claimed that he had assets worth Rs 1,350 crore which he would liquidate to return people their money. Besides, he dropped more names—among them a former Rajya Sabha member and a member of the Karnataka Legislative Council—without making any specific allegations.

So far, the police have arrested 12 directors of the company and are probing the records of four LLPs and a cooperative society to which Mansoor Khan allegedly routed the money he collected from ­depositors. The focus, says an officer, is on identifying assets of the company.

The IMA scam is the latest in a string of ponzi schemes gone bust. Around 45 companies in Karnataka have been investigated in the last decade or so for running such schemes, says a police official. In its heyday, IMA’s jewellery store would be overflowing with customers. Now, the messy task of untangling the knots.