The Forest Guards Of Kaziranga: Within Sniffing Distance Of Death

Since 1996, at least 42 forest staff, most of them guards, died. While one was killed by poachers, 21 succumbed to animal attacks and 10 drowned 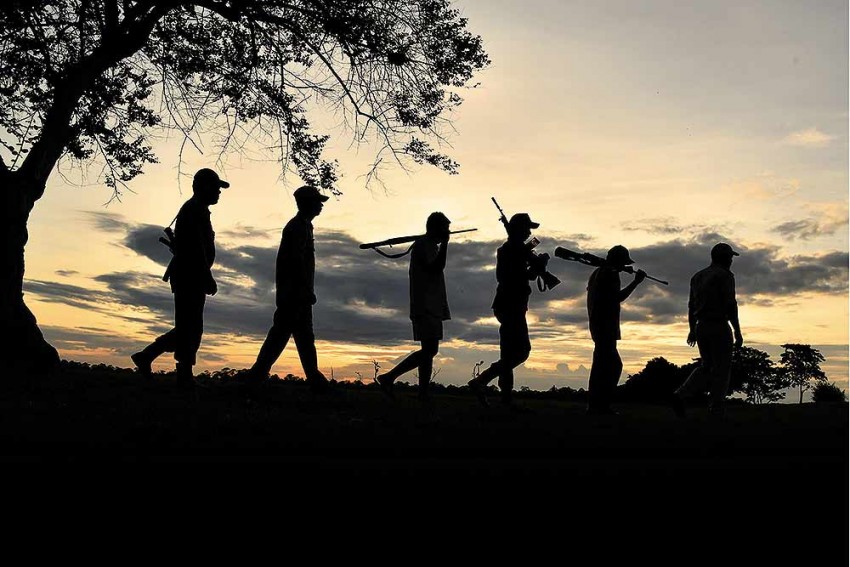 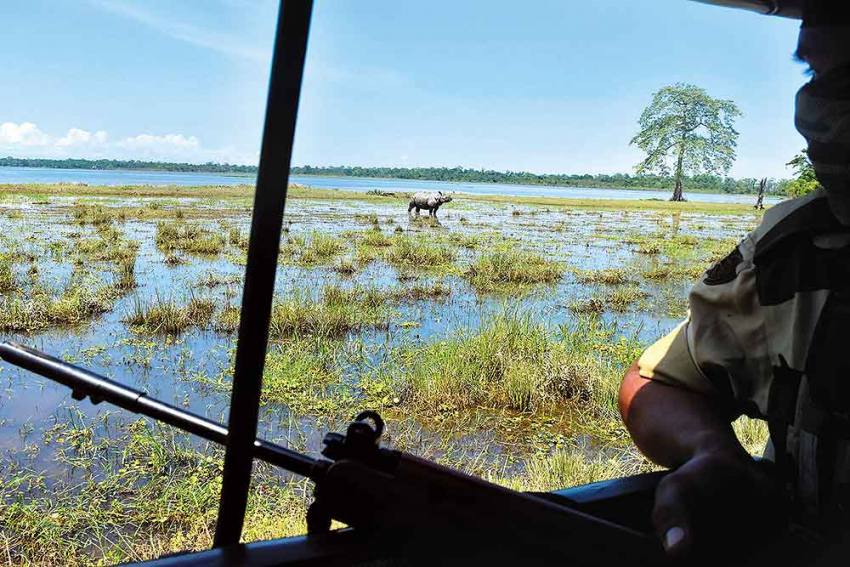 LIFE ON THE WILD SIDE 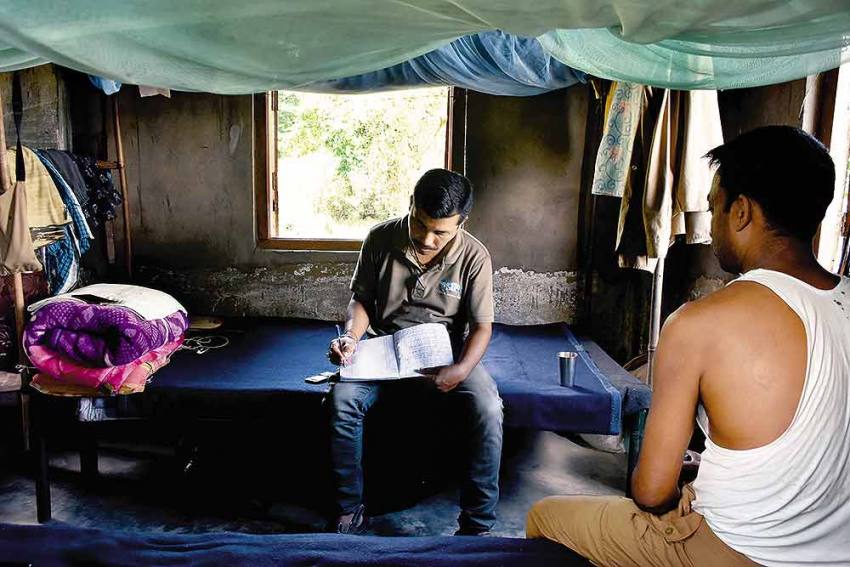 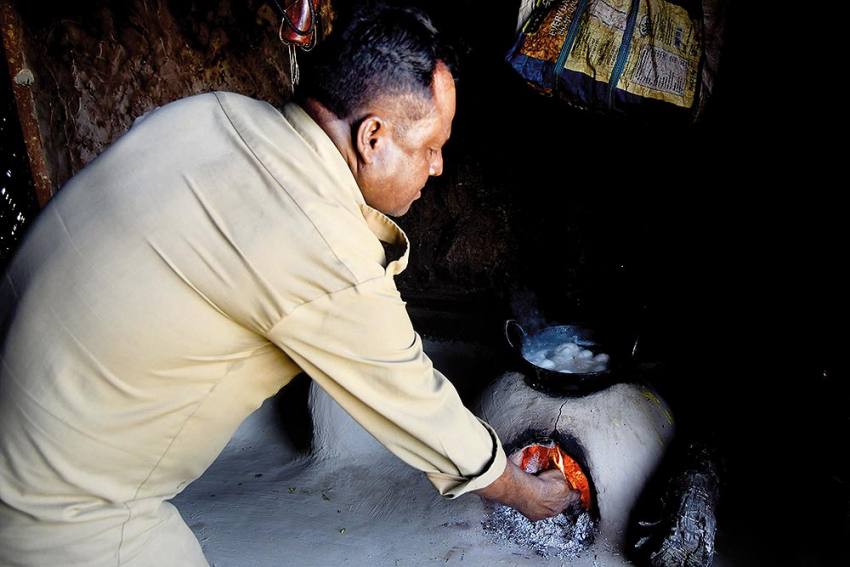 Eggs for breakfast at a camp
Photograph by Surajit Sharma 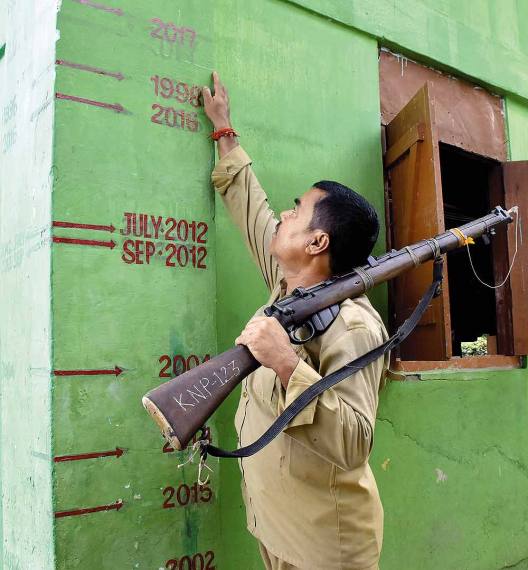 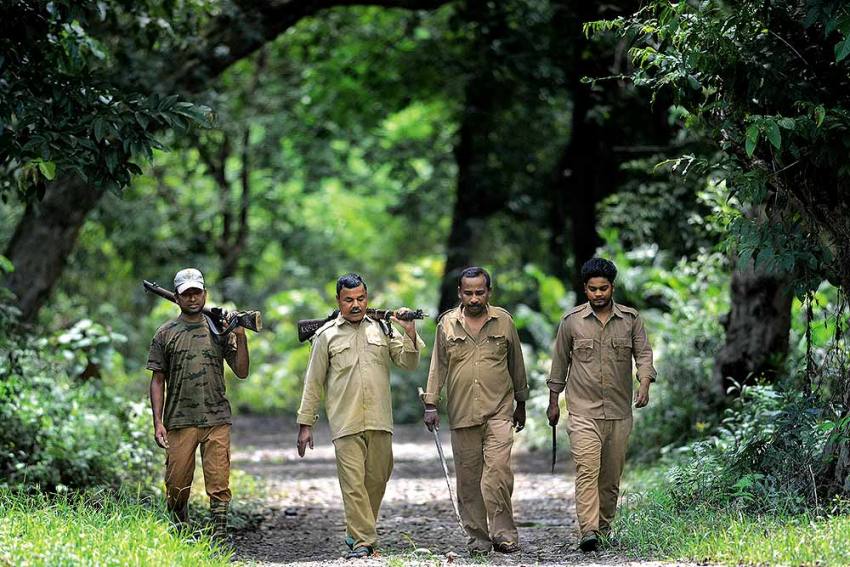 To Serve And To Protect 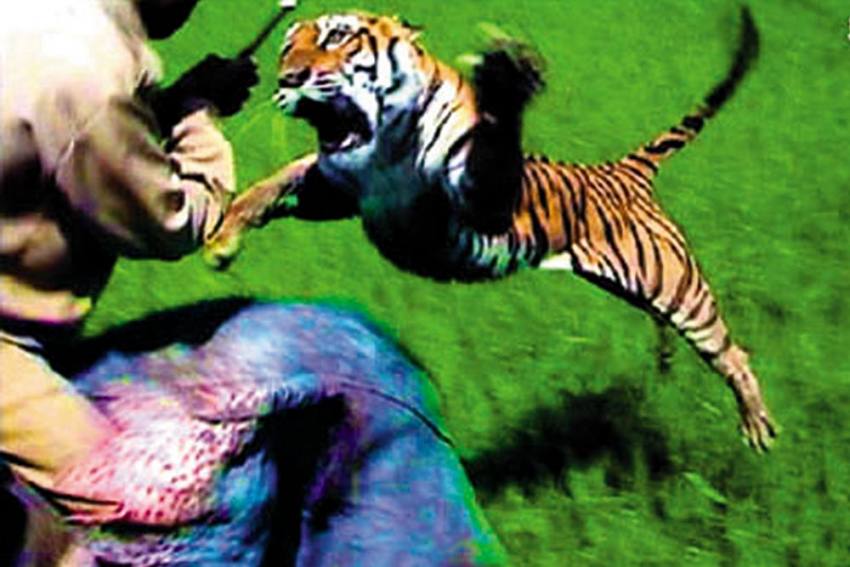 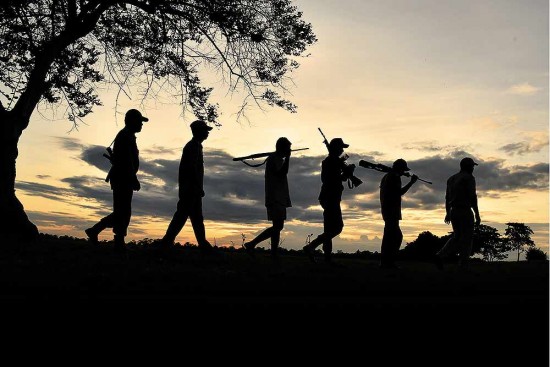 In the floodplains of the Brahmaputra, where the grass grows tall to hide predator and prey, every sound in the landscape has a tale to tell; the crack of a dry twig, the cac­ophony of hillock gibbons, the whoosh of a black-backed forktail taking off. Here, life and death is often decided in split seconds for both—wildlife that have made Kaziranga their home and humans who risk their life and limb to protect the magnificent animals. The forest is an unforgiving place and wildlife follows its own unwritten rules. And nobody knows the rules of engagement better than the forest guards of this magnificent landscape, shaped by flood and drought over millennia.

Khargeswar Gour has been twice lucky. On July 17 this year, as floods pummelled the Unesco World Heritage site, Gour was among a group of forest guards assigned to escort a rhino back to safety after it had strayed out of its habitat. By late afternoon, they were almost done with their task when Gour was charged by wild buffaloes, among the most unpredictable of all animals in the wild. Despite 10 years of experience as a forest guard, Gour had no chance to escape—one buffalo slammed into him, throwing him in the air before he hit the ground with a thud. His fellow-guards managed to scare away the buffalo, leaving Gour with a dislocated hip.

“It was painful but I’m lucky to have survived,” Gour tells Outlook. In 2012, Gour had escaped a similar attack by a rhino, which was being tracked by poachers. Gour was assigned to keep an eye on it. “These things keep on happening but you need to be alert…Even the day when I was attacked, if we had delayed our response, the rhino could have been killed,” he says. However, Gautam Baruah, another forest guard, was not so lucky. He was trampled to death by a rhino in 2017, He was just 34.

The story of Kaziranga—designated as a nat­ional park in 1968—is much more than the elephant rides on misty mornings for an encounter with the pre-historic rhino. It’s much more than photographs of hog deer and elephant crossing a national highway to escape floods. Behind the glamorous, touristy details of this 430-square-km haven for wildlife are the real heroes, often unsung, mostly unseen—the forest guards who risk their life and limbs every day, stay away from their families for weeks and months and brave bullets of poachers.

Like Dharani Bora, who retired as a range off­icer on July 31 after spending his entire career in Kaziranga, except for a few months, since he joined the forest department in 1983. “Kaziranga has been the life for me over the last 36 years. It has been a fantastic journey which enriched my life in many ways,” says Bora. He has no regrets that he could not perform the last rites of his parents as he couldn’t reach home in Mangaldoi, 150 km away, on time. “I have enjoyed my work here. There are more challenges but then the satisfaction level is also high. Kaziranga gets global attention and your work is monitored by people (wildlife lovers and environmentalists) all around…Sometimes I felt bad for not giving time to my wife and the kids. But my co-workers and the animals are also part of my family,” Bora adds.

“We don’t have holidays or any time-table for our work. It’s a 24x7 job. But we don’t mind. We love doing it.”
Paban Baruah, Forest guard

Set up as a reserve forest in 1908, Kaziranga has been one of India’s major conservation success stories with rhino population increasing from just 75 in the first decade of the 20th century to an est­imated 2,413 in 2018. Since 2015 till July this year, at least 50 rhinos have also been poached. The latest tiger census in 2018 also found 110 big cats in the park. Tigers, rhino and elephants are considered keystone species and an increase in their numbers indicate a healthy natural habitat with prey and predator balance.

The wildlife numbers, however, have come for a price. Since 1996, the year from when data is available, at least 42 forest staff, most of them guards, have been killed in the line of duty. Among these, one was killed by poachers, 21 by animals while 10 more had drowned. Around 120 forest guards have been injured in the same period, rec­ords show. KNP director P. Sivakumar says attack by wild animals is the biggest risk the guards face.

Kaziranga has around 600 armed forest guards besides a specialised, 82-member Assam Rhino Protection Force raised exclusively for the state. For years, the forest guards operated with obsolete 303 rifles while poachers graduated to sophisticated AK-47s and even M17 rifles. It was only rec­ently that guards were equip­ped with self-loading rifles including the INSAS.

“Our guards work round the clock. We work as a team without any ego, this motivates us to give our best.”
P. Shivakumar, Director, KNP

“Our staff work round-the-clock. We work as a team without any ego, which motivates us to give our best…We can say there is a reduction of poaching but in case of attempts, it’s still going on. We have been able to thwart these attempts. More than 30 arrests have been made since April this year alone. Some of the major arrests have been made with the help of the crime branch and Assam Police,” Sivakumar says. He also says chief minister Sarbananda Sonowal, who visited the park before the start of the monsoon, has been a major motivating factor. One of the major breakthroughs was the arrest of inter-state rhino poaching racket kingpin, Tohiykhu Zhimomi alias ‘Master’, from Dimapur Nagaland. Zhimomi was wanted in at least seven poaching cases.

For the guards, these are but small battles won in the bigger war to protect the wildlife they have come to love and admire. “We work with the equal risks like any other para-military personnel. We get hit by animals and have to remain alert for poachers as well. We don’t have holidays or any time-table for our work. It’s a 24x7 work. But we don’t mind. We love doing it,” says Paban Baruah, a veteran forest guard who had survived a rhino attack narrowly. Posted at the King Cobra Camp in the Agoratoli range of the park, Baruah and his colleagues sometimes are cut off from the rest of the world for weeks when the floods hit, a time when they have to use their ration with prudence. At the Dunga forest camp, set deep in the Bagori range of the park, Gopikanta Deka pointed to the outer wall which had painted lines with years against each, indicating how much the water had risen in those years.

The floods are the time when the life of the guards is most difficult. “Even communication between the camps becomes difficult…But when the water starts receding, it bec­omes even more difficult as the entire route can’t be covered by a single means of communication. One part you need to walk and then use a boat. We also use elephants to carry rations for the forest guards posted in the far-flung areas,” says range officer Bora. Sometimes the guards have a take a tortuous, winding route to avoid disturbing animals taking shelter in highlands. “During the floods, animals are very stressed. So we don’t disturb them. They don’t like the presence of humans…We take longer routes only to leave them alone,” Deka says, his rifle slung on his shoulder.

“It’s only because of Joymala that I survived…I took only half of the tiger’s full-blooded swipe with its left paw.”
Satyaban Pegu, Mahout, Kaziranga

Many of the guards have a story to tell and a scar or two to show. Satyaban Pegu, a mahout, has an ugly scar on his left hand and chest, the result of a tiger attack on May 19, 2004. And he thanks the elephant, Joymala, which he was riding when the tiger came came charging. “It’s because of Joy­mala that I survived. When she saw the tiger, she kneeled on her front legs…I took only half of the tiger’s full-blooded swipe with its right paw,” he says as he recalls the event on that fateful day.

Pegu, however, carries no hatred for the tiger. He knows, as do all other guards, wildlife don’t need humans to survive and prosper. “We try to leave them alone as much as we can. They are happy that way…Nature has her own rules. She plays by them not ours,” he signs off.

By Abdul Gani in Kaziranga; Photographs by Surajit Sharma