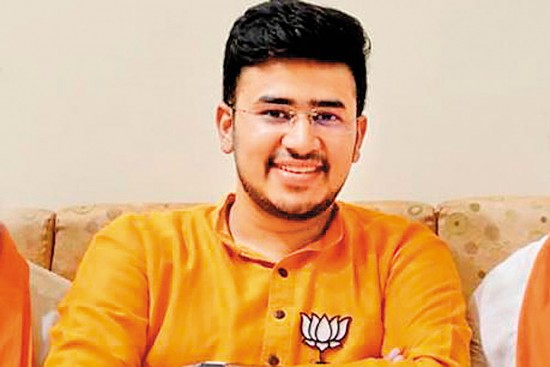 So we have it ­finally. No Deve Gowda from Bangalore North, no Narendra Modi from Bangalore South. Rarely have the city’s three urban seats kindled such suspense and speculation ahead of a Lok Sabha election. Especially Bangalore South, where tradition and technology cohabitate. This seat, which was held by the late Ananth Kumar since 1996, is a BJP stronghold—even Nandan Nilekani couldn’t swing it for the Congress five years ago. A decade ago, India’s budget airline pioneer Capt Gopinath too had tried his luck as an Independent and failed. However, with Kumar’s passing in November, there’s been a bit of a dilly-­dallying by the BJP. First, his wife Tejas­wini was a frontrunner for the seat. The party, even while it ann­ounced candidates for the bulk of Karnataka’s 28 seats, kept everyone guessing about Bangalore South—amid rum­ours that Modi would ­contest. Finally, with hours to go for nominations to close, it picked a young face, 28-year-old Tejasvi Surya (in pic) as candidate.

The Congress has zeroed in on AICC veteran B.K. Hariprasad, who had lost to Ananth Kumar 20 years ago. Hariprasad agrees the constituency has ­harboured an anti-­Congress sentiment since the Janata days. “But as of now, the BJP doesn’t have much to show,” Hari­prasad tells Outlook as he pads up for the contest. “Bangalore is now a city of opportunities and the BJP can’t take the credit for all this.” On the contrary, he claims, demonetisation hit Bangalore’s local economy.