Sri Padmanabhaswamy Temple became the centre of global attention when it was discovered nearly a decade ago that its secret underground chambers contained gold and diamonds worth more than a lakh crore rupees. 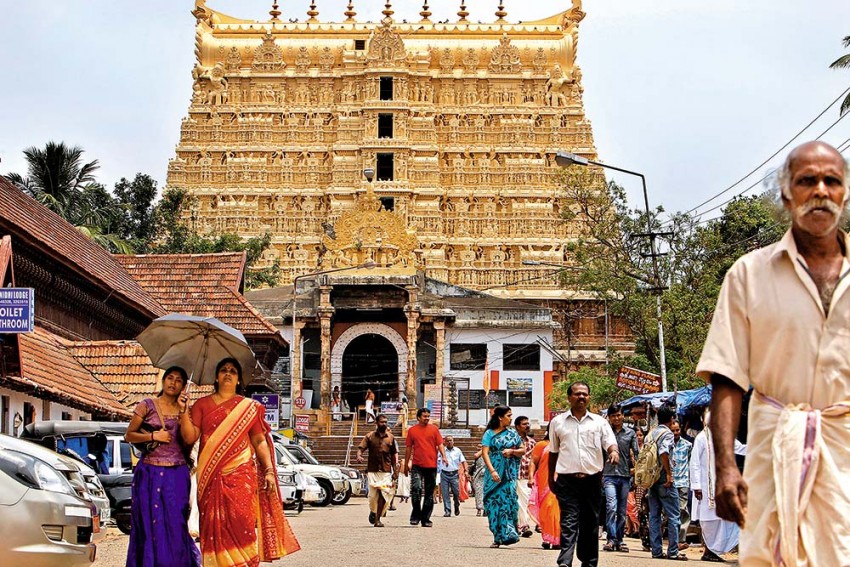 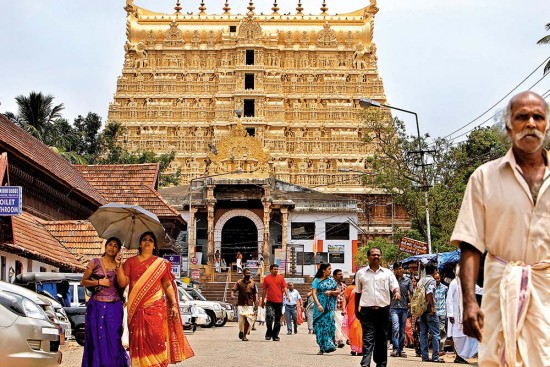 The heat and dust over the ­treasures in the underground chambers of Sri Padmanabhaswamy Temple in Kerala capital Thiruvananthapuram has not sett­led despite a lull in the storm. While the Supreme Court is yet to decide on whether to open the controversial Vault B, which the Travancore Royal family, for centuries the ­custodians of this temple, says should never be opened, the state government has been undecided over what to do with the immense wealth discovered from the rest of the total six chambers.

The temple became the centre of global attention when it was discovered nearly a decade ago that its secret underground chambers contained gold and diamonds worth more than a lakh crore rupees. The rev­elations had pitchforked Sri Padmanabhaswamy Temple into being one of the world’s richest temples.

Now, there are two pressing questions: Should Vault B be opened? And who should control the temple administration—the Kerala government or the trustees? Opening the vault, which has been estimated to hold much more wealth than the other five, will be against faith and tradition, the royal family has said. And Krishnan Venugopal, who app­eared in the apex court for the royal family, argued against the Kerala High Court’s verdict that the government should take over the administration, said: “I strongly oppose the verdict that declared the trustee has no rights over the temple. The king of Tra­vancore constructed the temple. Later, in 1750, he dedicated his princely state to Lord Padmanabhaswamy and dec­lared himself the servant of the presiding deity.” The BJP has issued a warning that if the government tried to take over the administration of the temple, they would respond with ­rallies and protests.

There are six underground chambers—A to F. Chambers E and F are opened quite frequently as they hold utensils used for temple rituals. C and D have gold and silver jewellery used during special occasions. A and B hold exotic treasures, and with A alone containing treasures worth over Rs 1 lakh crore, all eyes are on B. Some of the items in A included a three-and-a-half-feet-tall pure golden idol of Mahavishnu, studded with hundreds of diamonds, rubies and other precious stones, an 18-feet-long pure gold chain, a gold sheaf weighing 500 kg, a 36-kg golden veil, 1,200 Sara­ppalli gold coin-chains encrusted with precious stones, and several sacks full of golden artifacts, necklaces, diamonds, rubies, sapphires and emeralds.

An official attempt was made to enter Vault B in 2012. The examiners removed an iron grille, the first line of defence. Then, after an antechamber, there was a window secured by three locks. They removed two locks, but were unable to open the third.

In the present political ­sce­nario, the Kerala government, led by the LDF, which suffered a debacle in the recent Lok Sabha polls, is unlikely to make any ‘bold’ move to take over the temple administration. Such a move could rub the Hindus the wrong way, and backfire like the decision on the Sabarimala temple.

By Sabin Iqbal in ­Thiruvananthapuram

The Mystery Of 'Missing' Keys To Lord Jagannath Temple’s Treasure