Kanimozhi chose little-known S. Velusamy, DMK’s Vilathikulam panchayat secretary, to be her dummy candidate for the Thoothukudi seat so she can still put up a serious fight in case her nomination papers are rejected. 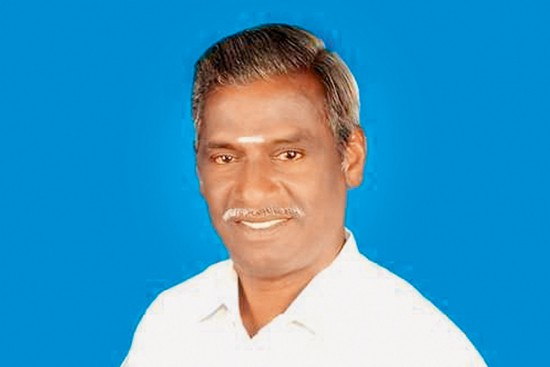 Remember the Baroda tea vendor who was one of Narendra Modi’s proposers when he contested there in 2014? Well, the DMK too had a similar ‘ordinary man’ moment when its Rajya Sabha MP Kanimozhi chose little-known S. Velusamy, DMK’s Vilathikulam panchayat secretary, to be her dummy candidate for the Thoot­hukudi seat so she can still put up a serious fight in case her nomination papers are rejected. During one of Kanimozhi’s recce visits, Velusamy had impressed her with a performance analysis of the DMK and AIADMK candidates in his constituency in the 2014 assembly polls. She discovered that the 63-year-old from a scheduled caste community had retired from the state’s revenue department and owned just two acres of land, while his wife worked in a local government office. “His simplicity and clean credentials convinced Kanimozhi to pick him over the heavyweights. It also displayed her hum­ane side,” says Joel, a youth leader.

How did Velusamy feel about the unexpected development? “I feel honoured that Kalaignar’s daughter has recognised my work and sincerity. And my first job is to ensure she wins with the highest ever margin from Thoothukudi,” he says.