The results in the Lok Sabha elections have made BJP extremely upbeat in West Bengal. Saying Mamata Banerjee is promoting dynastic rule, BJP is confident of knocking out the firebrand leader in two years' time. 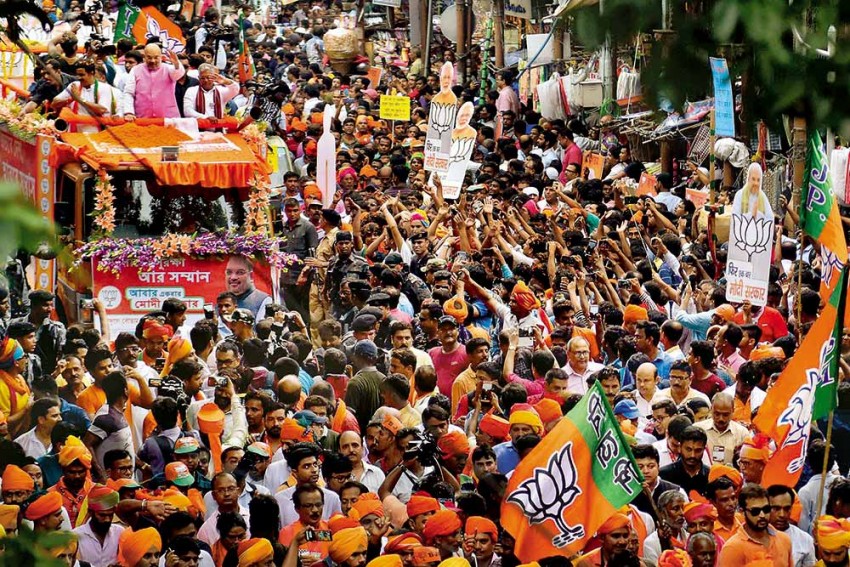 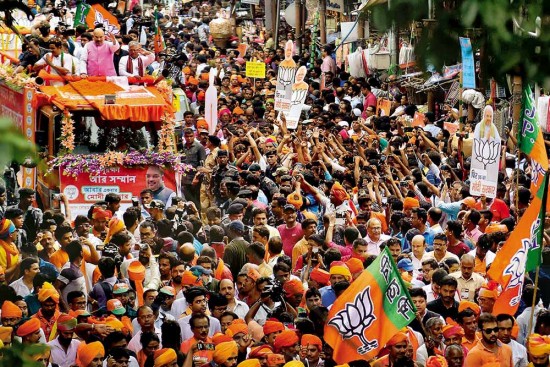 It has taken 68-long years for the BJP to establish a political base in its founder Syama Prasad Mookerjee’s home state, West Bengal. Mookerjee had walked out of the Congress and quit Jawaharlal Nehru’s cabinet to launch the Bharatiya Jana Sangh, the BJP’s predecessor, in 1951.

Now that the BJP has won 18 of Bengal’s 42 Lok Sabha seats, party leaders claim there is no looking back. Their eyes are now set on winning the 2021 assembly polls. They have already set a target of 250 seats for the party (they have six MLAs currently) in the 294-member assembly.

BJP national general secretary and West Bengal in-charge Kailash Vijayvargiya says that organisation in the state has been str­engthened down to the booth level and there is no doubt that the state will ditch the ‘autocratic’ rule of Trinamool leader Mamata Banerjee. “We had set a target of 23 Lok Sabha seats, and won 18. Now, our target is 250 seats in the assembly. We will prepare our poll strategy and work towards achieving this,” he tells Outlook.

On being asked if ground is being prepared to put the state under president’s rule, he says, “We are not in favour of using Article 356 against a democratically elected government”, but adds that there are too many internal contradictions and too much strife within the TMC leadership. “There is anger among the leaders because of Mamata’s support to her nephew (Abhishek Banerjee). They say she is promoting dynastic rule,” adds Vijayvargiya.

Does that mean that the BJP will try and poach TMC leaders? Another BJP general secretary reveals that TMC leaders and workers are approaching the BJP. “They bel­ieve the state’s future is with the BJP and want to join the party. We are putting in place a system of checks and balances bef­ore we induct any TMC leader. Only those with good public image and organisational skills will be taken,” he explains.

Once Mamata’s close aide, Mukul Roy had joined the BJP in 2017 and is believed to have helped it in finding its way in Ben­gal. BJP leaders acknowledge his role but say work by RSS cadres on the ground for decades is what helped them build and str­engthen the party. “RSS and its affiliates like VHP and Vanavasi Kalyan Ashram have been working in rem­ote areas, and it was not difficult to reach people at the grassroots,” says party secretary Sunil Deodhar.

“Once Amit Shah had decided after 2014 to focus on Bengal, the party worked in a systematic manner. Now the target is to rule the state,” says another BJP leader.

It is evident from statements issued by Mamata that she is rattled by the unrelenting onslaught of the BJP. TMC’s seat tally fell from 34 in 2014 to 22, as BJP recorded a staggering 40.5 per cent vote share, more than double from 17 per cent in 2014. As she talks about ‘Jai Bangla’ to counter BJP’s ‘Jai Shri Ram’, she has all­owed Hindutva to push her towards Ben­gali nat­ionalism. With continued post-poll violence and mishandling of the doctors’ strike, Shah’s ministry of home affairs (MHA) has been putting pressure on her government.

MHA earlier sent an advisory to the state, asking for stringent action against “delinquent officers” overseeing the viole­nce. On June 15, the ministry sou­ght a rep­ort on the handling of the doctors’ strike.

BJP leaders claim Bengal’s administration is falling apart. “To Mamata’s Bengali pride, we will provide a counter with Nar­endra Modi’s ‘Sonar Bangla’ vision. We will talk about restoring Bengal’s old glory—giving weightage to industrialisation to create jobs, implementation of the citizenship (amendment) bill and the national register of citizens (NRC) in the state to make it secure,” says a senior leader about the BJP’s plans.