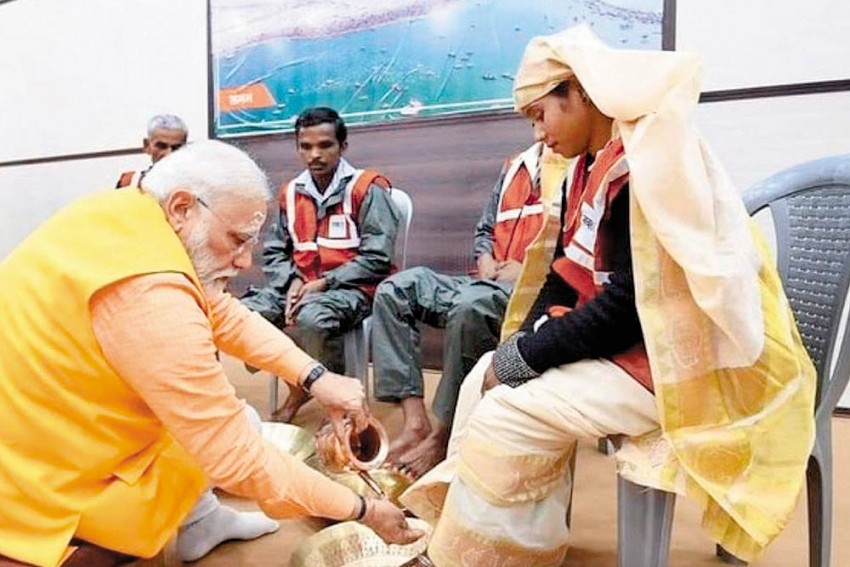 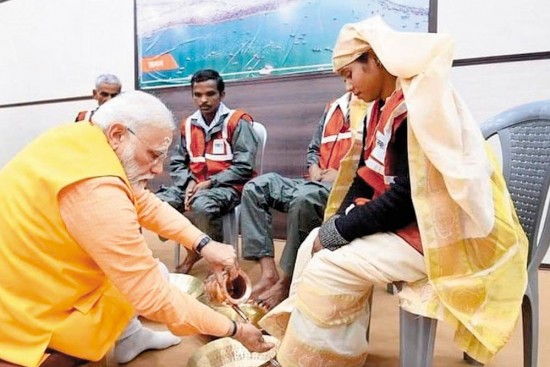 On February 24 this year, weeks be­f­­o­re the dates of the general elections were announced, Prime Minister Narendra Modi washed the feet of five sanitation workers in a symbolic gesture aimed at countering opposition charges over the ruling party’s alleged bias against lower castes. Come election time and the discourse, predictably, is back to the country’s unwritten election theme, ‘Indians do not cast their vote, but vote their caste’. An ong­oing spat between BSP chief Mayawati and Modi over the PM's OBC status has only deepened the caste fault lines.

However, a recent exodus of Dalit leaders from the BJP camp perhaps ind­icates that something is not quite right with the party’s initiatives since 2014—deification of Dalit icons, to washing their feet and inter-caste dining. The outreach seems to have failed to find resonance with the community leaders.

Five years after storming to power with massive Dalit support, the BJP opted to drop more than 50 per cent of the sitting SC/ST MPs. In 2014, the BJP won 71 reserved seats, including 40 SC and 31 ST constituencies. However, the past few years have seen Dalit outrage after flogging of a youth in Una, mob lynchings and in the wake of dilution of the SC/ST Act.

Udit Raj, once a prominent Dalit face of the BJP, quit the party last week, acc­using it of an anti-Dalit stand. Raj clai­med he was denied a ticket from the North-West Delhi seat to contest bec­ause the party can’t stomach “subaltern rebellion”.  He is, however, not the first leader to call out the saffron party’s claims on social justice. Similar concerns were raised by Omprakash Rajbhar, a leader of the Suheldev Bharatiya Samaj Party (SBSP). A former ally in UP, Rajbhar snapped ties with the BJP in the middle of the elections to protest its refusal to heed his demand for seats. Rajbhar had revolted over a dem­and for sub-categorisation of the OBC quota in the state.

It's An ­Int­olerant Gang That Says Don't Vote For A Party: Anupam Kher