Stopwatches For These Last Laps

With three more phases to go, complex equations of gains and losses draw Bengal elections towards a photo finish 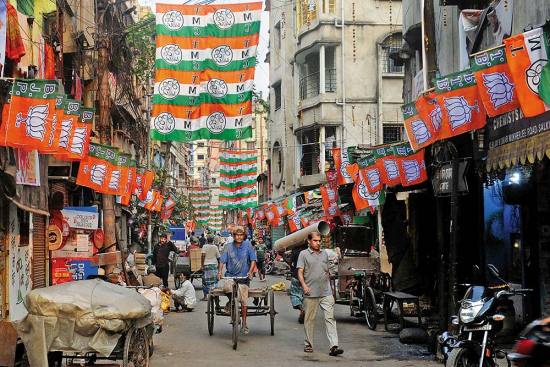 Former Congress president Rahul Gandhi addressed two rallies in North Bengal on April 14—one at Goalpokhar in Uttar Dinajpur district and the other at Matigara-Naxalbari in Darjeeling district—went back and announced that he would be addressing no more rallies in the state, keeping in mind the rapidly growing cases of COVID-19. Some hailed his decision, others said it did not matter since the Congress hardly had any prospect of coming to power.

To Congress leaders in Malda, Murshidabad and Uttar Dinajpur—Bengal’s three Muslim majority districts--it did matter. “It could have helped the Congress in protecting their vote-bank from swinging towards the TMC amidst a communally polarised atmosphere,” says Sk. Anisur Rahman, a grocery shop owner in the Suti assembly constituency in Murshidabad, the district with India’s highest Muslim population. It is also Bengal’s third-largest district, with 22 Assembly seats, where Muslims made up 67 per cent of its population.