Never in recent decades does the Victoria Terminus seem to have been so pristinely preserved as in these weeks of complete stasis: destitute of people and stripped of clangour and bustle. 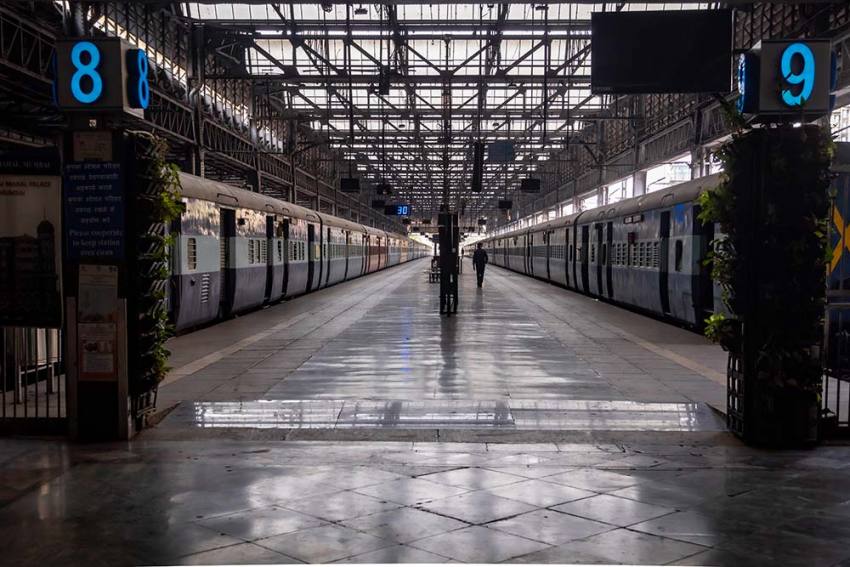 Locked Rhymes
Platforms empty of footfall, beckon those days when people moved in a swirl—about 7 lakh of them at CST. This is the perfect evocation of the Sunday fear, that dead time when thoughts crowd in of Monday’s business.
Photographs by Apoorva Salkade
Apoorva Salkade April 24, 2020 00:00 IST Static Motion: With Trains Parked And Platforms Empty Of Footfall, Mumbai's Victoria Terminus In Recess 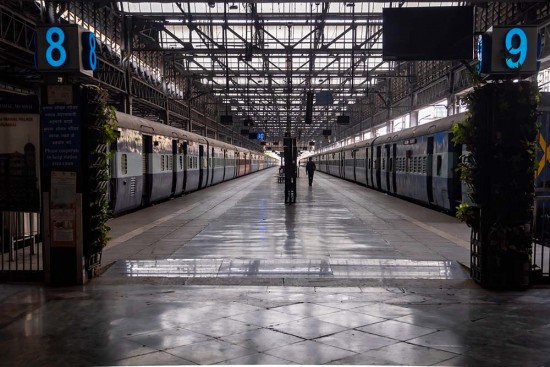 The 2.38 from Platform 9 is cancelled. But so are all other trains from the inimitable Victoria Terminus (or, if you will, Chhatrapati Shivaji Terminus), the jewel in the crown of railway architecture in India. Never in recent decades does it seem to have been so pristinely preserved as in these weeks of complete stasis: destitute of people and stripped of clangour and bustle, its platforms lie invitingly like giant conveyor belts in recess, the parked trains mere playthings beneath the silvery steel fretworks overhead, as the gilded, ornamental pillars that so fragilely hold them up claim their status as things of beauty. But the real spectacle lies beyond the lines of platforms, under the central dome—one of the most impressive of any Neo-Gothic building anywhere in the world. This secular nave could proudly host any Redeemer in any cathedral. Mounted by Corinthian columns of polished Aberdeen granite, watched over by stained glass windows and ringed by banisters of austere filigree, it reveals itself in all its untarnished brilliance in these sparsely, miraculously populated times. Designed by F.W. Stevens and opened in 1887 to celebrate the golden jubilee of the monarch whose name it bears, VT was headquarters of the Great Indian Peninsular Railway. Termed “the finest railway station in any country in the world”—this, when the high age of steam conferred immense prestige on prominent railway stations—VT has had its share of tragedy too. Its pre-eminent public stature recommended itself to terrorists who spilt innocent blood on its busy platforms and handsome glazed tile floors. Those images haunt and hurt still. In conclusion, if a cocky Australian should ever mention to you that the design was originally meant for Melbourne’s Flinders Street station, simply lance him with this riposte: more people travel by Mumbai’s suburban train system—with VT as its fulcrum—than a fourth of Australia’s entire population. 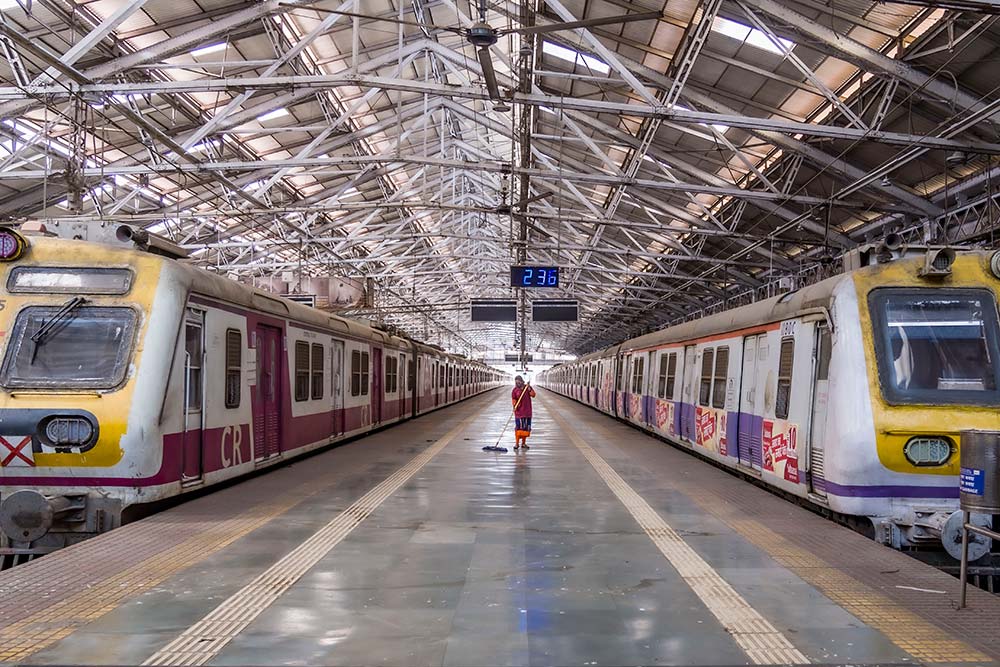 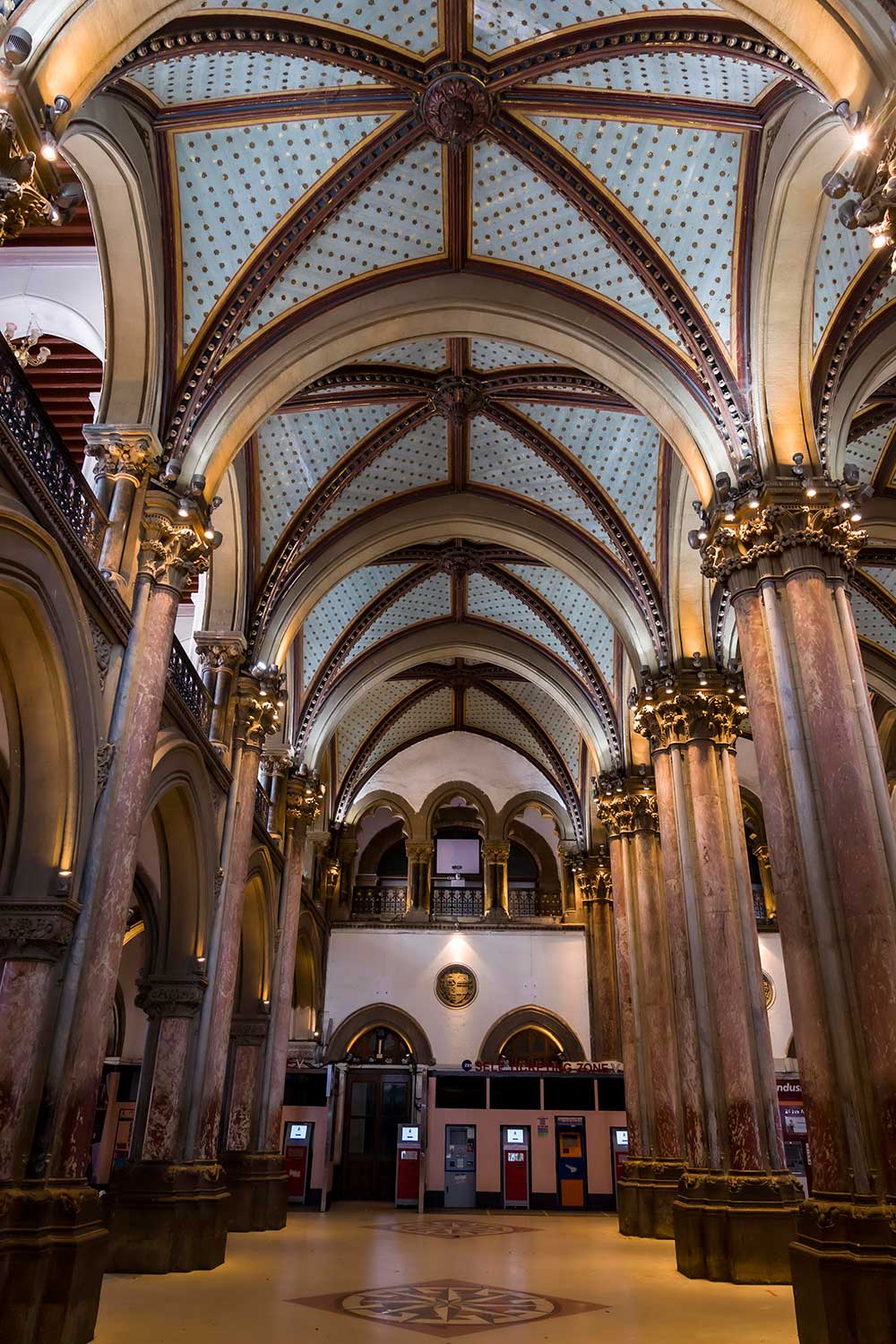 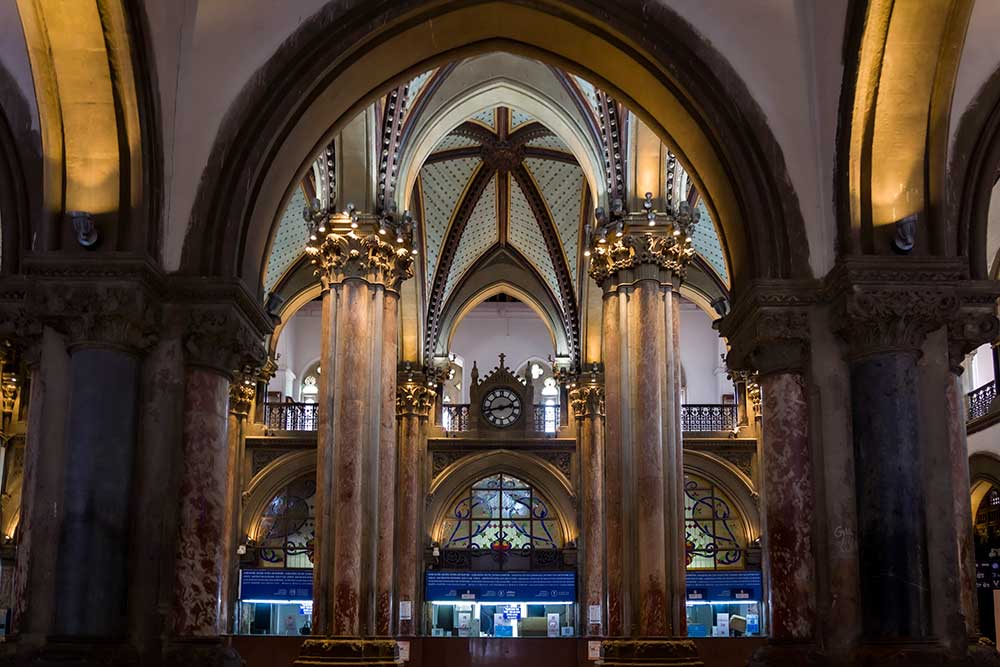 Did I Miss That?

Victoria unfurls herself in unexpected ways if you just give her time. The key to discovering her sometimes hidden delights: slow down. This is her heritage wing—storied history next to a mechanical present, the ticket counters. 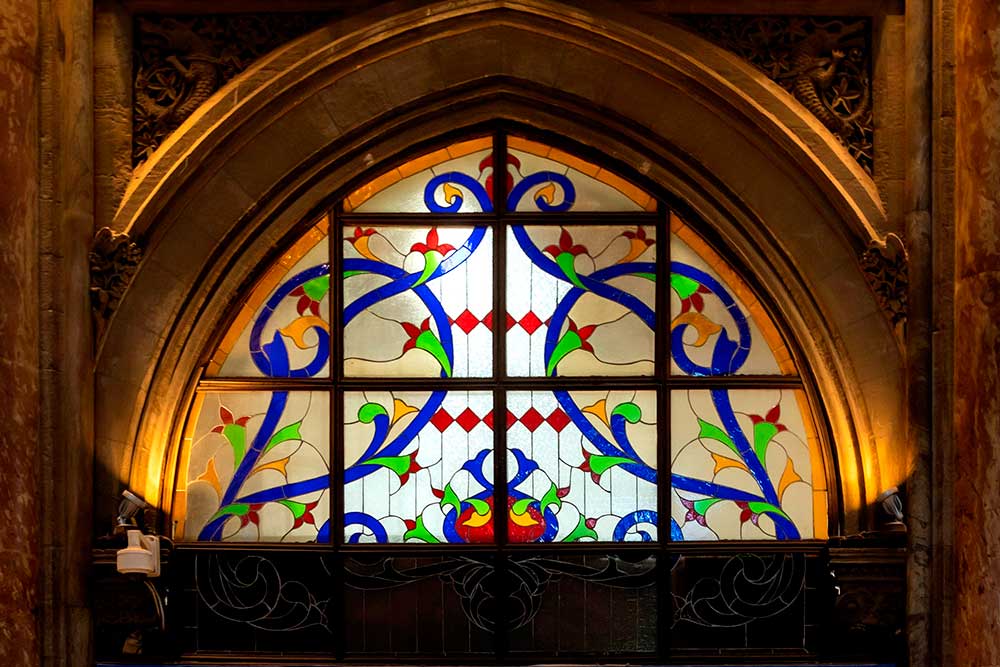 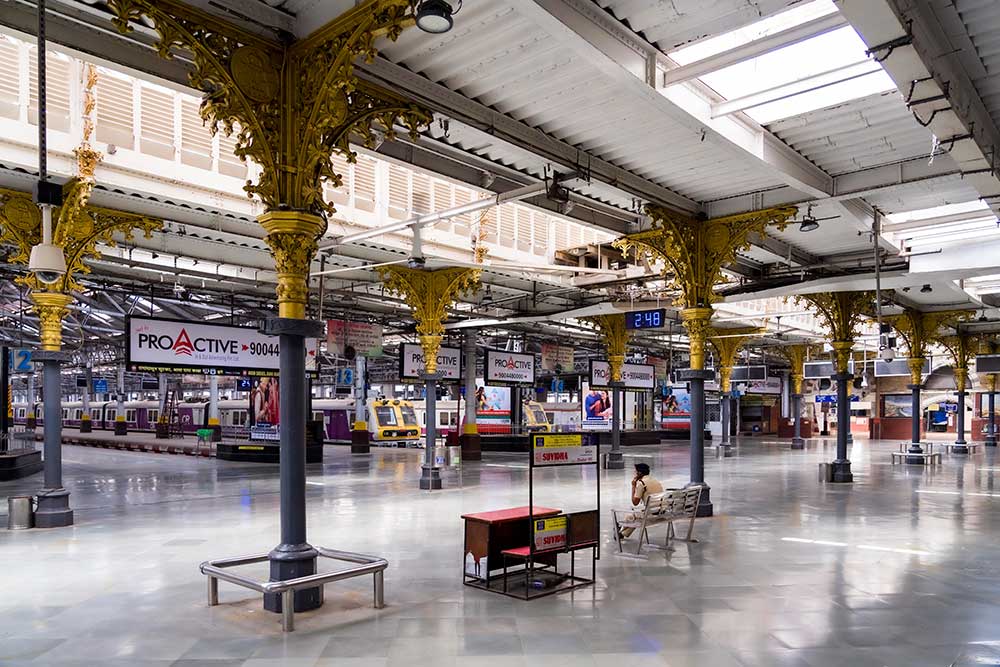 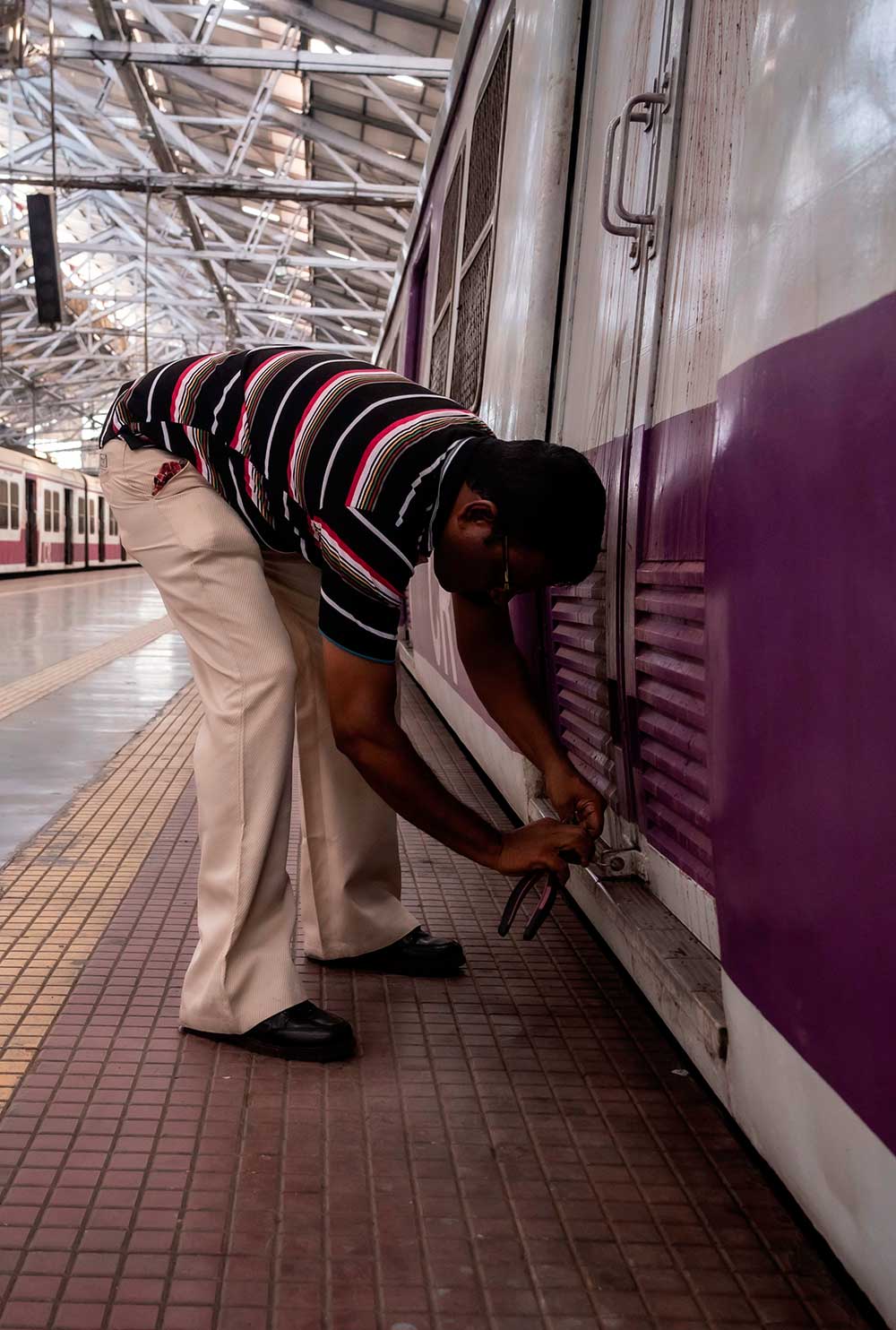 All Sense Of Being In A Hurry Gone

And I suddenly saw the empty station… It’s all here, the sights, sounds and smells of a terminus trying to ride out a storm. 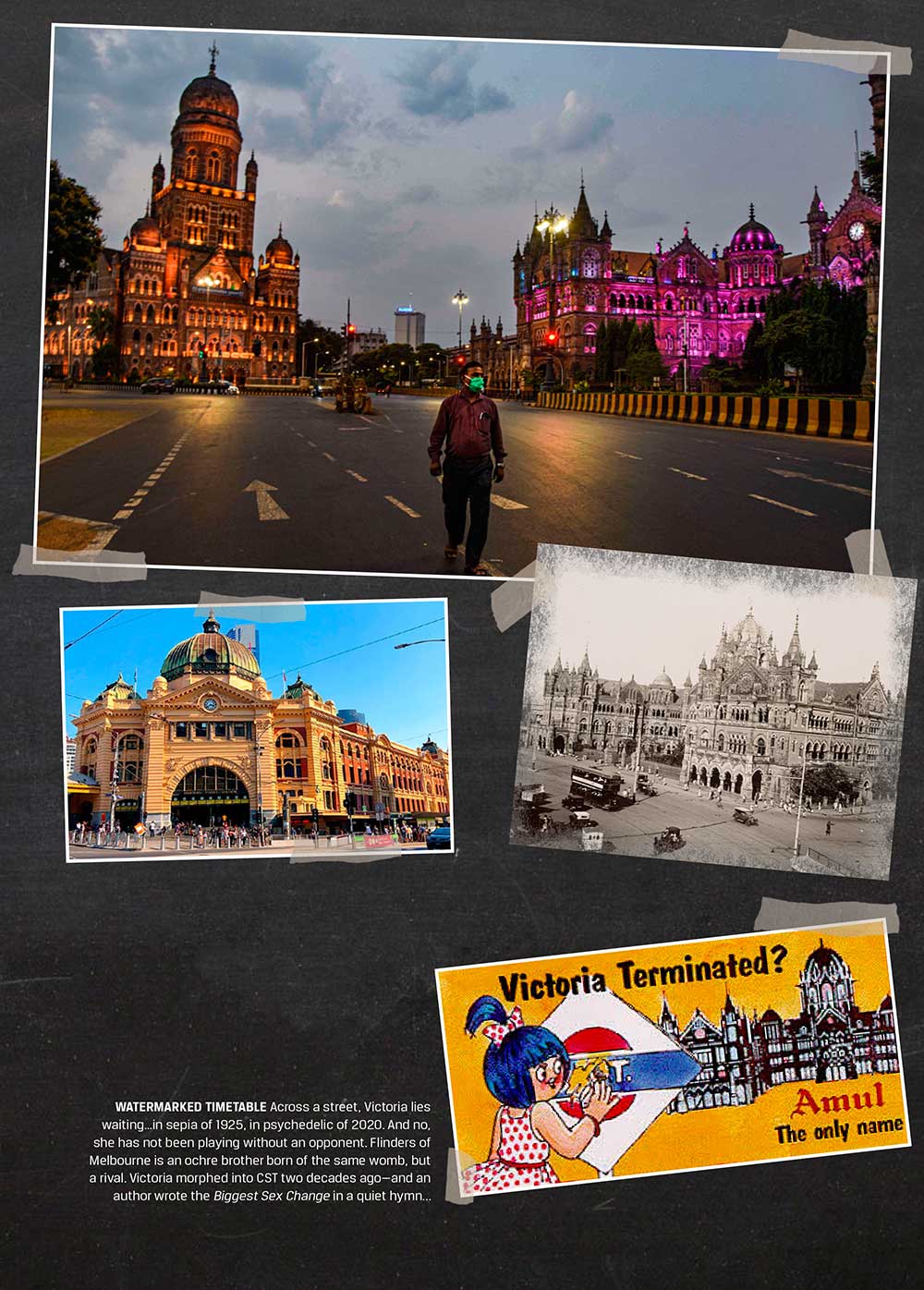 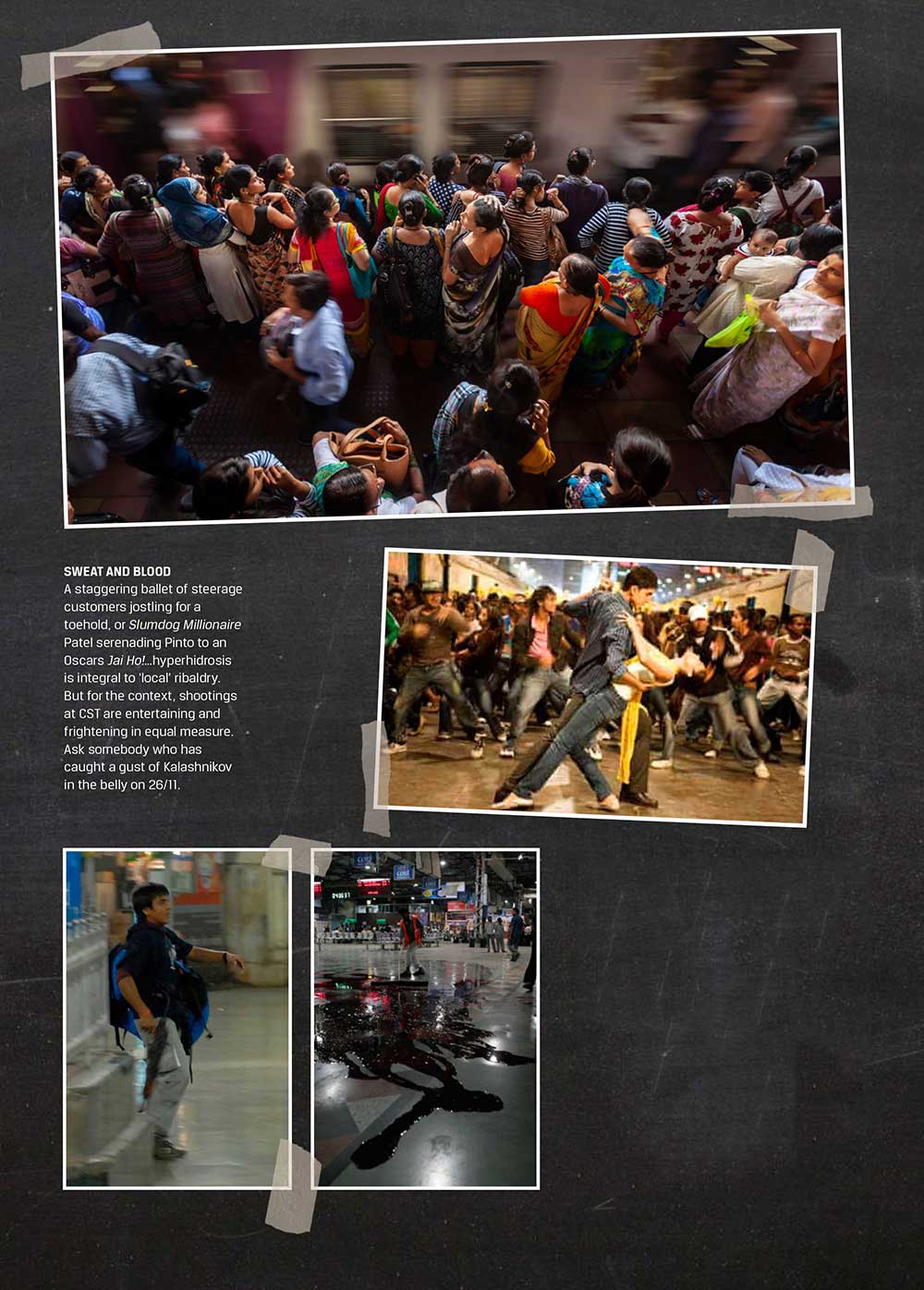