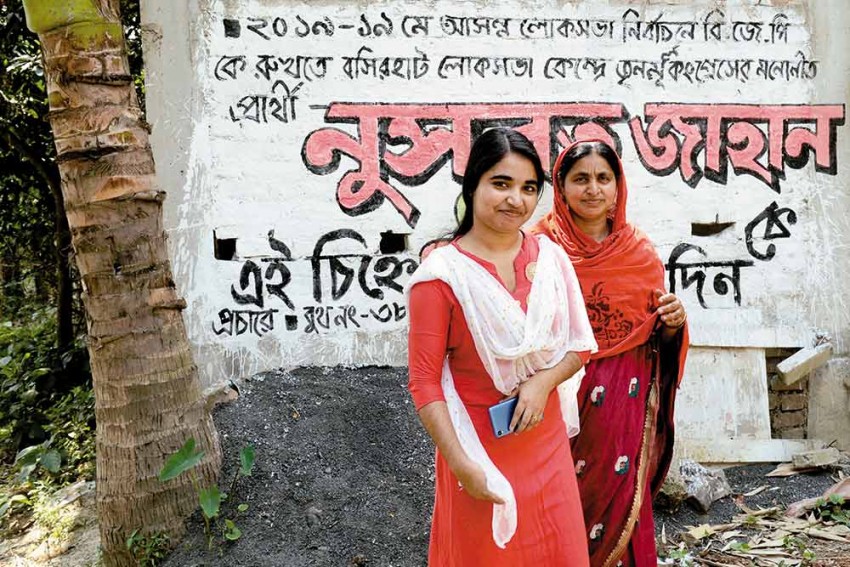 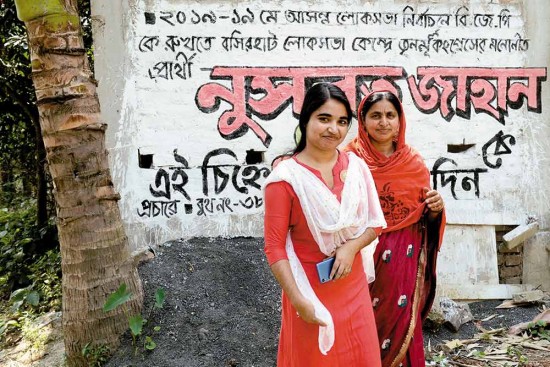 “As a woman and a political worker, I have my ears to the ground and have harir khobor (literally ‘news from the pot’, or intimate details) of every home in my village,” says 20-something Sonamoni Khatun . As a brazen noonday sun beats down, a mee­ting is underway at the Trinamool Congress office in Itinda village, near the India-Bangladesh border in North 24 Par­­­­ganas district. Sonamoni is pla­nning the booth-level campaign strategy with a group of women party workers from neighbouring vil­­lages. They discuss Tollywood star and TMC Lok Sabha candidate Nusrat Jahan’s visit. 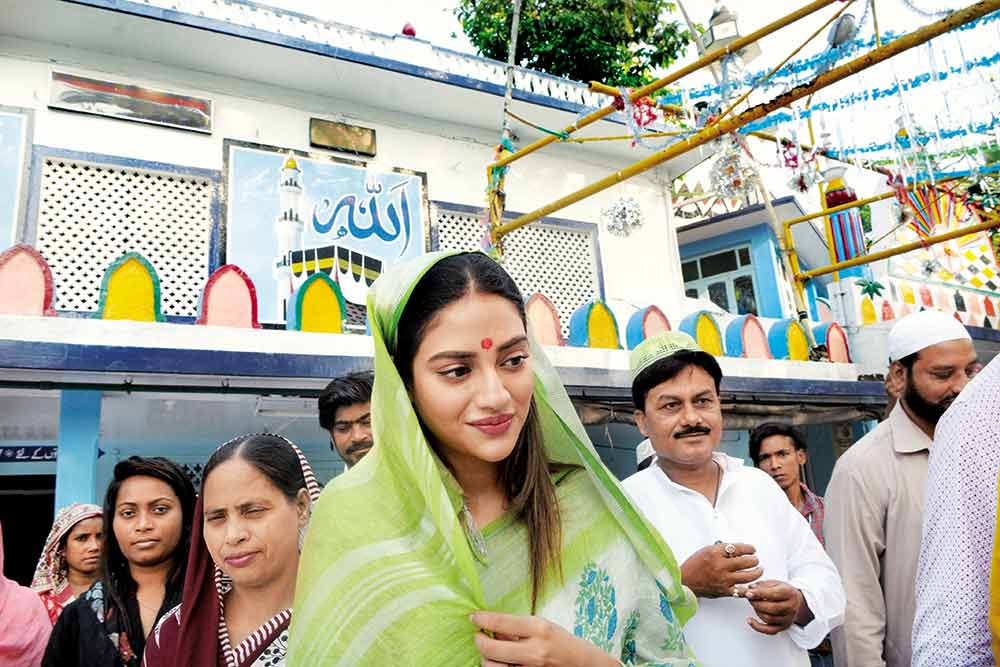 “Though none of us have met Nusrat, our party’s Lok Sabha candidate from Basirhat, we feel we have known her for years. We have seen her on television and in films,” says Sonamoni, a third-year BA student. The women murmur in agreement; some youngsters rattle off names of Nusrat’s blo­­ckbusters. The actress, one of Bengali cinema’s most popular stars, is the TMC candidate for the crucial Muslim-dominated seat and rules poll graffiti on the walls. In sharp contrast, her opponents—state BJP general secretary Sayantan Basu, Congress’s Quazi Abdur Rahim and Nurul Huda of the CPI—have little presence.

Despite her age, Sonamoni excels as a village-level party worker and motivator, says TMC leader Sariful Mondal. “Sonamoni has played a major role in bringing women in villages under the Panitor gram panchayat into the Trinamool fold,” he says. Sonamoni herself is impressed by “the tremendous work to uplift women” after Didi (Mamata Banerjee) came to power.

“I have benefited from the Kanyashree and Ruposhree schemes… Didi has provided bicycles for all girl students, besides providing livelihood for women,” Sonamoni tells Outlook. “We are confident that Nusrat will retain the seat for the party…we’ll ask her to take up the cause of women’s safety and education of the girl child in Basirhat.”

Sona­moni not only encourages villagers to educate their daughters, but also urges skill-­deve­lopment training for village women. “When I meet Nusrat—who is scheduled start her campaign from April 5—in Basirhat, I will request her to upgrade the government college to a deemed university. I also expect her to address the issue of unemployment…Basirhat teems with educated , jobless youth, with hardly any government or private jobs available,” says Trinamool’s foot soldier.

Though parts of Basirhat (Muslim voters comprise 44 per cent of the electorate here) had been consumed by communal riots in 2017, Itinda itself is a model of communal harmony, says Sonamoni, who aspires to become a teacher. “The entire village celebrates Hindu and Muslim religious festivals together. Local TMC leaders, especially, our gram panchayat pradhan Mehrunnisa Kha­­tun ensures that state gov­­ernment schemes benefit all women…. Our village as you see, has paved roads, every house has electricity and piped water sup­ply. It is a model village of sorts,” she points out. Plus, the village, besides being a handloom gam­cha-­making hub, has a fish auction centre, says Sonamoni proudly. Her biggest immediate challenge? “To ensure every woman in our polling booth casts her vote on May 18.”