‘Love’ was anyway a scarce commodity in Asia’s largest red-light area. But the lockdown has cast its many resident sex workers out into an endless desert of empty streets. 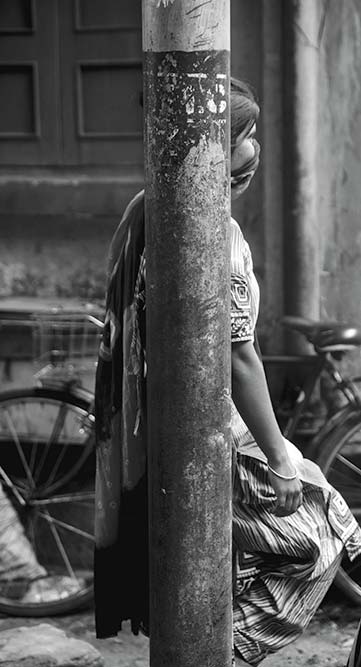 In  the warren of alleys, the sun struggles to break through the canopy of decrepit houses standing so close that there’s no room for a rat to escape a pursuing cat. That‘s Sonagachi—a two-century-old red light area, said to be Asia’s largest, in the northern quarters of Calcutta. It’s a cul-de-sac for about 11,000 resident sex workers and another 2,000 fly-by-day operators. The area had been overgrazed for years by men seeking “love”—no-holds-barred, brief and for a price. Then Covid arrived. Stay-at-home, lockdown, safety protocols and suchlike came tailing the deadly virus. All of a sudden, the attraction that drew clients like a magnet went silent. The lanes where women in cheap makeup solicited customers became empty. The crowd disappeared, there was no more jostling for elbow space by the light pole. “The girls stand on the streets for hours without anyone approaching them,” says a Sonagachi resident, alone at home, resting on a couch, partly to be ready in case she was called in to work, partly as a response to the trauma that she and fellow workers are enduring.