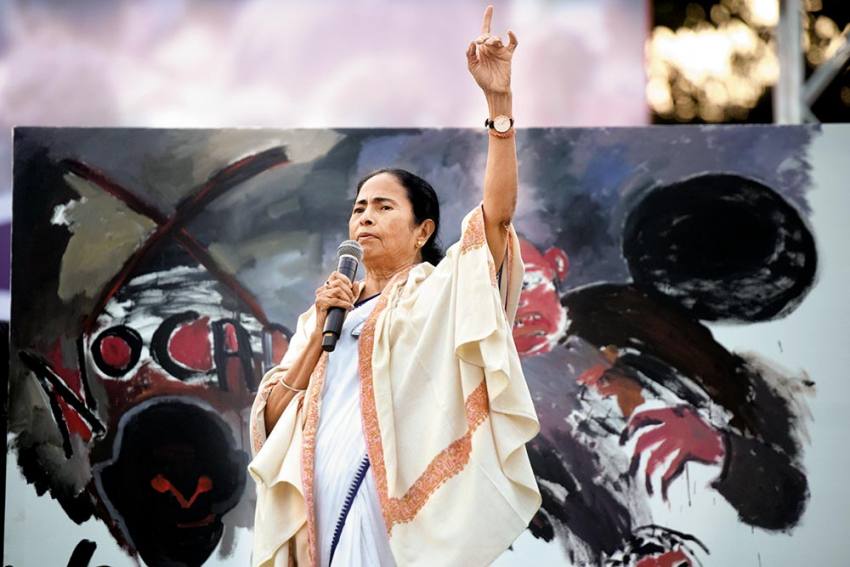 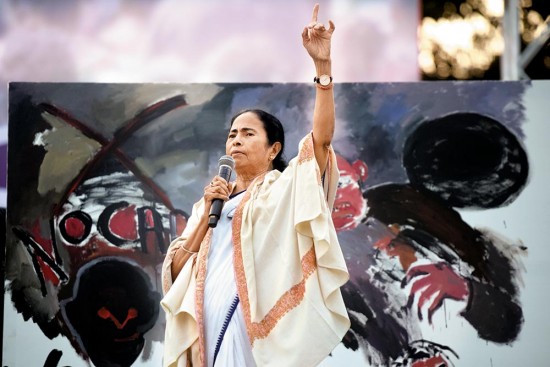 Call it political individualism or professional pride, but Mamata Banerjee has decided to go it alone in the countrywide popular movement against CAA/NRC/NPR. The West Bengal chief minister and Trinam­ool supremo feels that the citizens’ mov­ement against CAA might undermine her hegemony in the state. That perceived threat is twofold. First, the citizens’ movement continues to agitate independently against CAA/NRC/NPR without coming under her leadership. Second, the Congress-Left combine is propagating that “the BJP and the Trinamool are equally dangerous”. Their catchy slogan:  ‘Modi-bhai’ and ‘Didi-­bhai’ have an understanding. It gained credence when on January 11 Mamata met PM Modi in Calcutta, yet declined to attend an Opposition meet organised by Sonia Gandhi in Delhi on January 13. That the slogan had hit its mark was evident when Mamata repeatedly denied a compact with Modi during the debate in the state assembly to adopt a resolution against the Citizenship (Ame­­ndment) Act.

The unique citizens’ movement across India is not being led by a centralised leadership. Certain features common to all of them is that women, students and youth are at the forefront, with the wide participation of Muslim women standing out. Their unwillingness to submit to any political party is evident by the fact that from Delhi’s Shaheen Bagh and Calcutta’s Park Circus to the innumerable protest marches across India, they carry only the national flag.

The mistrust is mutual. Even as women and children still occupy the Park Circus maidan, the TMC governm­ent is reluctant to help by building sheds and mobile toilets. When colleagues rep­ortedly drew her attention to that, Mamata’s cold response was that they belonged to other parties. After much persuasion, drinking water and some lights were provided. Mamata is frustrated that the citizens’ movement is not affiliating itself with the TMC.

Indeed, this antipathy led the CM to state that since she had been leading the anti-CAA movement in Bengal, there was no need for others. Rather, all protests should be subsumed under the TMC-led one. On January 27, during the assembly debate, she kept prodding the Congress and the Left to unite with the TMC on this issue. Ironically, only days earlier, when the Congress-Left moved a joint resolution against the CAA in the House and sought her support, Mamata rejected it. Yet, Mamata’s resolution was passed with act­ive support from both.

Mamata’s concept of a ‘united front’ is a narrow one. In 2019, after a successful pre-LS poll rally in Calcutta of opposition leaders, she stated that everybody had key roles in their respective states and would continue to act accordingly. There was no need for cementing electoral alliances. Accordingly, she wouldn’t have to accommodate the Congress and the Left. Her call to the Congress and the Left (and, to an ext­ent, the citizens’ movement) to unite under her stems from this.

Mamata also did not offer a reason not to attend the January 13 opposition meet in Delhi. Furthermore, that decision was conveyed not to Sonia Gandhi, but to NCP chief Sharad Pawar, perhaps with a hope that he might follow suit. According to people close to her, Mamata wanted to host the meet at Calcutta’s Town Hall. When she realised that the initiative was seized by Sonia, she decided to stay away.

In other words, to challenge the Modi-Shah hegemony, Mamata wants a united effort, but with her hegemony over that effort unchallenged. As things stand today, others couldn’t care less. Still, the ongoing agitation has been a setback to the BJP. A recent opinion poll concluded that Mamata would be its biggest beneficiary in Ben­gal. Emboldened by this, Mamata has sharpened her attack on the Oppos­it­ion, while being silent on the agitation’s real engine—the common people.

Rebel Without A Pause