In an interview, Punjab chief minister Amarinder Singh tells Outlook that he believes Sikhism can provide a healing touch to strained rel­ations between India and Pakistan. 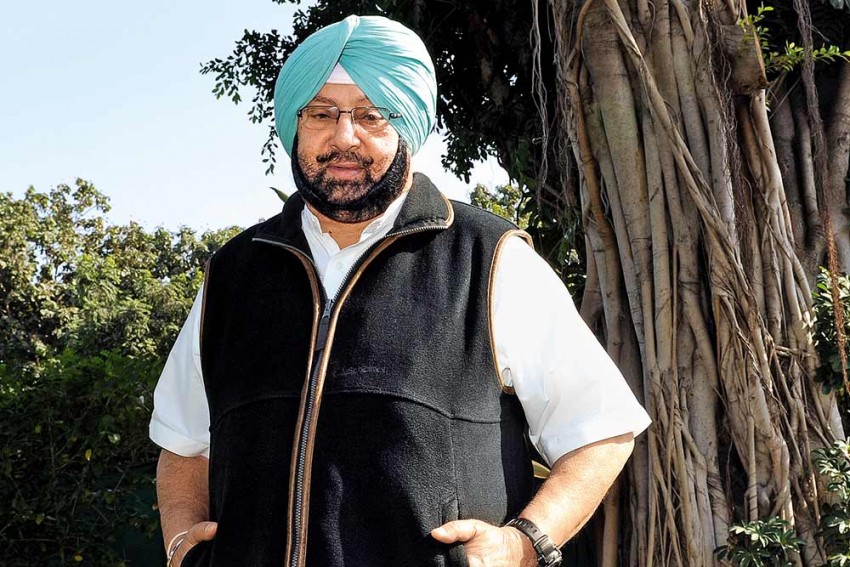 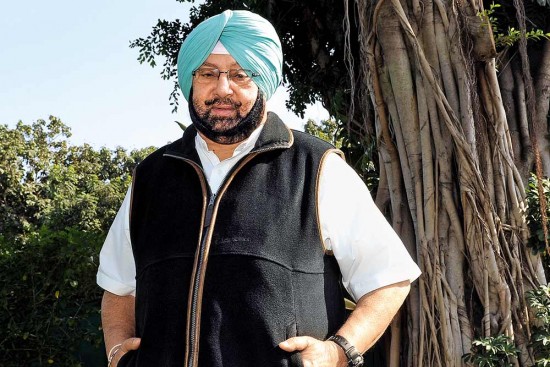 Punjab chief minister Captain Amarinder Singh tells Puneet Nicholas Yadav in an interview that he believes Sikhism can provide a healing touch to strained rel­ations between India and Pakistan. Excerpts:

During times of any crises when people of any religious or social minority are under threat, we see Sikhs as a community coming out in solidarity with the oppressed.

A minority community, I think, relates more easily to the suffering of another minority. And the Sikhs, as a community, have faced their own set of suppression and pain, which has sensitised them even more to the anguish of others. Besides, our Gurus, right from Guru Nanak Dev ji, have taught us the importance of seva (service), which, for Sikhs, has become a way of expressing love—a divine principle that is ingrained in our religion.

In India, where politics and community have been so vastly fragmented on religious lines, what are the lessons that we, as a people, can learn from Sikhism?

Sikhism teaches us about the oneness of God, the existence of an all-pervading supreme spirit. The Guru Granth Sahib embodies this philosophy as it opens with the words Ik Onkar, or One Supreme Being. So, if there is one God then how can people be different? Sikhism imbues in people a belief in unity of humankind, without borders or boundaries. It inspires people to follow the path of the universal truth, irrespective of caste, creed or religion.

How have Guru Nanak’s  teachings molded you as a person? Is there any one precept that you hold most dear?

Every teaching of Guru Nanak Dev ji carries a strong message and I hold each one of them dear to my heart. But I do believe that his ideology of one God is extremely relevant in today’s times. He taught us that everyone is equal, and this belief is deeply imbued within me and inspires me to strive for equality of all. Respect for every human, no difference on the basis of caste, religion, gender etc., these are beliefs that have shaped my personality, and to which I remain committed.

Has Punjab completely put the turmoil of the militancy years behind? Are there still some areas of concern that need to be tackled both socially and politically?

“Sikhism imb­ues a belief in the unity of mankind...It inspires us to follow the path of truth.”

I think the people of Punjab have put the past behind them. They want to move on, towards progress, development and growth. The younger generation, in particular, does not want to wallow in the past, they think about the future. It is an inherent resilience in every human being, to move forward in life and not keeping looking back. Socially, that is the ground reality, though politically, some vested interests continue, even now, to try and fan passions by reminding people of that dark era. This happens particularly at the time of elections or political turmoil of any kind. But people are not really willing to be plunged again into that abyss of pain and destruction. And so these divisive forces fail in this endeavour every time.

Isn’t it ironical that the Congress is unable to shake off the ghost of the 1984 anti-Sikh riots elsewhere in the country but in Punjab, it continues to hold on to its base and even increase it.

These are political games that vested interests try to play whenever faced with political challenges. These attempts to draw parallels between the two, and to exploit sentiments in the name of religion are dangerous and all of us need to put an end to this. Let us remember, we are facing bigger threats from across the border, with anti-India forces trying hard to revive terror in our country. Let us focus our energies into fighting them, instead of indulging in petty politics in the name of religion.

We are very close to opening of the Kartarpur corridor at a time when India-Pakistan relations are perhaps at their lowest point. Can Sikhism become an axis of diplomacy and source of healing for the two countries in these trying times?

The Kartarpur Corridor is, in many ways, a bridge between the two nations. Despite the relations between the two countries hitting a low, the Corridor is all set to be opened soon. So, perhaps it would not be wrong to hope that Sikhism may prove to be a source of healing for India and Pakistan in these turbulent times. Having said that, however, I would like to reiterate that there can be no real resolution of the issues between the two neighbours till Islamabad (read ISI) stops sponsoring and supporting cross-border terrorism. So long as innocent Indians are being killed and our soldiers are being massacred, how can there be even talk of any healing?

In terms of religious tourism, the Golden Temple justifiably is the most visited place in Punjab but are there any plans afoot to promote other shrines and destinations of the state linked with Guru Nanak in particular and Sikhism in general that tourists from rest of the country or abroad are less informed about?

The Golden Temple in Amritsar, of course, ranks among the most visited religious shrines in the world, drawing both believers and tourists from across the globe. But we are also focusing extensively on promoting other places of religious significance, including those linked with the life of Guru Nanak Dev ji, whose 550th Prakash Purb we are celebrating this year. For instance, Sultanpur Lodhi (in Kapurthala district), associated most closely with the life of the First Guru, is being developed as a heritage city with improved infrastructure. Plans are also afoot to develop a heritage village, ‘Pind Babe Nanak Da’, to encapsulate the life and teachings of Guru Nanak Dev Ji. The historic Gurudwara Sri Ber Sahib in Sultanpur Lodhi with its beautiful aesthetics is the special focus in the 550th Prakash Purab celebrations and we naturally investing significantly in its further development.

Another attraction is the Gurudwara Takht Kesgarh Sahib in Anandpur Sahib, Ropar district, as it marks the birthplace of the Khalsa. It draws a large number of devotees every year, with Hola Mohalla in March a special draw for both domestic and foreign tourists. Then there’s the Viraat-i-Khalsa Museum in Anandpur Sahib, which has come to be regarded as one of India’s best public museums with ever-increasing footfalls. Other places of special interest are the historic gurudwaras at Tarn Taran, Sri Muktsar Sahib, Patiala and Chamkaur Sahib, and we are making significant investments in their development.

The World As Word, By Guru's Grace