Election Slogans That Once Announced Left Campaigns Have Vanished

Rousing slogans accompanied the Left in Bengal for 70 years 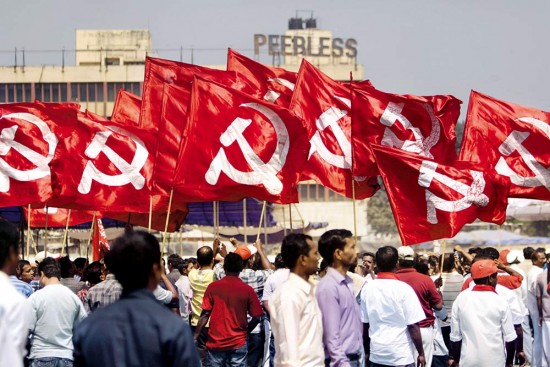 Indian Communists reacted to Independence in 1947 on the wrong foot. While there was all-round celebration, the Communists called it a ‘sham independence’. Following the October Revolution in Russia, Indian Communists believed imperialism could be defeated through bloody armed struggle alone. With their belief firmly rooted in armed revolution, they adopted the famous slogan, Inquilab Zindabad (Long Live Revolution), raised by Bhagat Singh. Before Gandhi achieved the unachievable, no one, let alone Communists, thought a peaceful struggle against the mighty Raj could really achieve independence. After ’47, the Communist slogan Ye Azadi Jhoota Hai tried to underscore the point that real independence could not be earned through peaceful struggle and negotiation with British imperialists.

However, within a few years they had to correct themselves and join other parties to contest the first Lok Sabha election. By that time, large numbers of refugees from East Pakistan started arriving; for want of adequate relief and rehabilitation, they forcibly occupied government land and vacant farmhouses of the urban gentry in and around Calcutta. The Communists upheld their cause and raised the slogan: ‘Government must regularise una­uthorised refugee colonies, by giving patta (ownership rights) to them’.