Once repression and injustice drove ­Muslims ­towards the State. This couldn’t last, of course, with the ruling system, in every avatar, ­punishing ­Muslims for being Muslim. 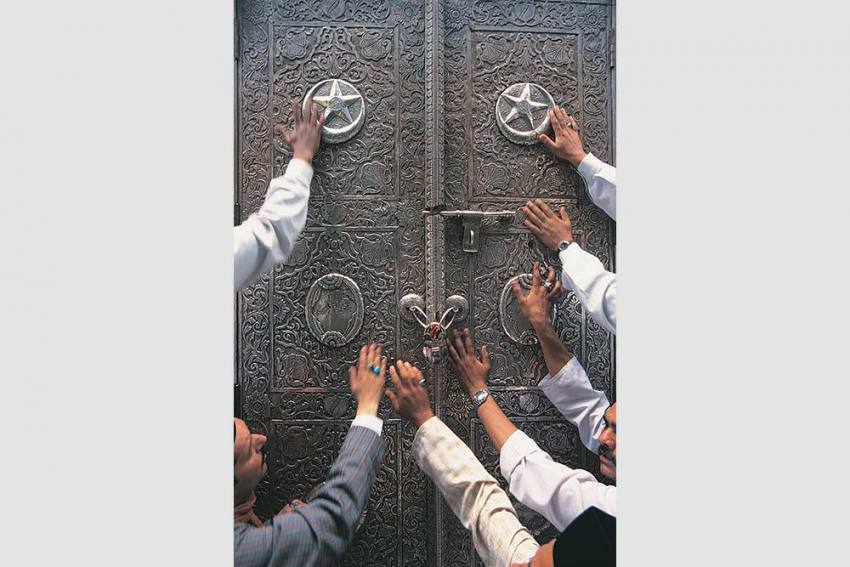 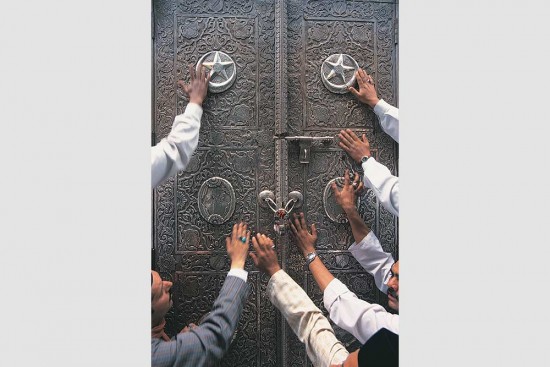 Many years ago a friend—Savarna, Hindu, male—­exclaimed, “Man, you suffer from Stockholm syndrome, a hostage in love with your captors.” When I asked him what he meant, he said, “In all my life, I have never met anybody who believes in India like you do.” I have heard this comment often in conversation with Kashmiri Muslims, where the kindest variant is that Indian Muslims are more loyal than the king; from where it descends to “cowards” and sinks swiftly downwards. Some of this is undoubtedly true. Too many Muslims (including some Kashmiris) do the monkey dance of obsequious loyalty: ritual castigation of Pakistan and Jinnah, ­treacherous silence over the unwinding of democracy in Kashmir since 1953, and unnecessary fawning over ­“secular” leaders who consistently fail to pursue justice. If the celebration of the State that consistently elevates to power those accused of murder and violence of Muslims is not Stockholm syndrome, then what is?

And yet this is neither the full picture, nor the full ­explanation. The State is not the land, and one can hate the ruling regime without hating your neighbour. More ­importantly, though, the violence and injustice faced by Muslims—other than in Kashmir—was not a problem with the written law, but its caretakers. Nor was it Muslims alone who experienced malign neglect combined with the violation of rights. An Adivasi, Dalit, Sikh or a woman can as easily claim the title of true victim of the State’s ­ugliness. Even a privileged Savarna Hindu male, so long as he is suitably ­“inconvenient”, may find himself the target of the State’s attention while out on his morning walk.

Repression and injustice drove loyalty towards the State, not away from it, in a desperate embrace of a state that ­consistently, in every ava­tar, punished Muslims for being Muslims. The few exc­eptions—conviction of Maya Kodnani, trial of those guilty of the gang rape of Bilkis Bano, the long trickle of Supreme Court judgments that ­released Muslims jailed for long years without evidence—became causes of celebration, a cause to pledge once again that we believed in the dream. This is not fully a bad thing. It is only through the pledging to an unexperienced ideal that change comes about. When Martin Luther King Jr made his great, “I have a dream…” speech, the ­equality of treatment he imagined was not visible; his imagination, commitment and political ­activism helped make it a (very ­partial) reality. When Ambedkar wrote about the abolition of the caste ­system, there was no example in ­existence he could draw from in his experience in India. When the Constituent Assembly ­imagined the dem­ocracy that we live in, they had to dream it up. Pledging loyalty to a dream despite the unjust reality is the only way that justice happens.

But how long can a people keep dreaming of a better ­tomorrow when the reality is bad? At what time do they say that the dream may be all fine and good, but we are increasingly living in a nightmare? To subsist on fantasy while ­ignoring the reality only makes justice less likely, not more. As it is, that dream has been ­shattered anyway.

With the Ayodhya ­judgment, and the dismissal of relief petitions, the Supreme Court has sanctioned a denial of rights on the basis of religion alone. The Citizenship (Amend­ment) Act is the first law in India that act­ively ­excludes Muslims as citizens, or ­potential citizens. The faith, the desperate loyalty, of Muslims in India was based on the possibility of a dream that was shared across citizens, and on an experience of abuse shared by too many. That dream is gone. Many of the court cases that gave cause for hope have been ­unwound, and the judges ­rewarded for their loyalty to justice by being shunted to ‘minor’ postings.

Instead of being one among many abused children in a badly run orphanage, the Muslim has been taken aside for special treatment. The results are impo­ssible to ­imagine ­because we are now dealing with a situation new to the republic. We have seen ­prequels in Kashmir, the Northeast, ­adivasi areas and Punjab, where the Constitution was throttled through laws like the Armed Forces (Special Powers Act) and other machinations. This is different, on an all-India scale, and through a manner that is not yet fully clear.

Whatever happens, we are not in Stockholm any longer, but in New India. Faith in a faithless state will be difficult to ­sustain. It is possible that we may rally together. The protests across India seem to show some possibility of that, and the ­attacks on the students of Jamia Millia Islamia and Aligarh Muslim University show that the reg­ime ­understands that this is where the danger to them lies. It may be that we will find once again a common dream. It is hard to imagine how it will come about, and who all will stitch it ­together. All I know is that we desperately need it if we are to get through this ­together. We have ­already seen what happens when we walk apart.

(Omair Ahmad is an author, and is currently completing a book on the unwinding of democracy in India and Kashmir, and Muslim militancy.)

For People To Wield This Bound Aaron’s Rod