Soon after the BJP raises demand for a separate north Bengal state, the Kamatapur Liberation Organisation rears its head after a hiatus, demanding a sovereign nation 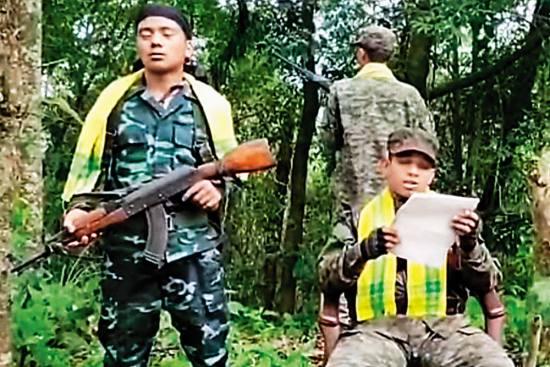 As statement of intent, it could not have been more direct. “We declare that KLO shall henceforth launch an armed struggle for national liberation leading to a people’s revolution to establish a free, democratic, sovereign and independent Kamatapur,” read out an armed young man in military uniform from a written statement, surrounded by other uniformed, armed men. A forest loomed dark in the background.

The reader introduced himself as Koch Pavel, the ‘foreign secretary’ of Kamatapur Liberation Organisation (KLO), a banned outfit seeking to carve out—sometimes a separate state, sometimes an independent nation—out of parts of West Bengal, Assam, Meghalaya and Bihar. The combative Pavel added that “India is the main enemy of our national struggle” and that the KLO “shall rejoin the common effort of regional cooperation against India”. The declaration was issued by KLO chairman Jiban Singha, Pavel claimed in the 10.54-minute video that was made public on August 25.

It is not even four months since the Bharatiya Janata Party (BJP)’s leadership in north Bengal, including Alipurduar MP John Barla (who went on to become a minister in the Union cabinet in July) and several MLAs started raising the demand for a separate state of north Bengal, citing decades of underdevelopment, that the militant outfit has revived its activities, at least at the propaganda level.

Their ‘Kamatapur’ comprises the whole of north Bengal (seven districts), apart from parts of Assam, Meghalaya and northern Bihar.

More significantly, this demand has risen at a time the BJP’s Nisith Pramanik, the Lok Sabha MP for Cooch Behar, the heartland of Koch-Rajbanshi people and the Kamatapur and Greater Cooch Behar movements, has been inducted in the Union cabinet as the minister of state in the home ministry.

In one of his video speeches that preceded the statement read out by Pavel, Jiban Singha had heaped praise on Ananta Rai ‘Maharaj’, a controversial leader of the Greater Cooch Bihar movement who is an ally of the BJP and is living in Chirang district of Assam to evade arrest by the West Bengal Police.

In February, Union home minister Amit Shah met ‘Maharaj’ at the latter’s residence before flying off to address a rally in Cooch Behar, where the yellow flag of the Greater Cooch Behar People’s Association (GCPA) outnumbered BJP flags.

In August, a few days before Pavel’s video, Jiban Singha said in another video statement, “If a leader like Ananta Maharaj has no political rights, then we wouldn’t allow outsider parties to have a political presence here either.” As ‘outsider’ parties, he had specified Calcutta-centric parties like the Congress, CPI(M) and the Trina­mool Congress (TMC) for perpetuating the “repression and exploitation” of the Koch Rajbanshi people.

The overriding question: is the KLO going soft on the BJP to rebuild public sentiment and network in Bengal? Or is it just trying to ride the wave the BJP’s north Bengal leadership has rec­ently created in favour of a separate state of north Bengal?

Is the KLO trying to ride the wave the BJP has created in favour of a separate north Bengal?

Four days after Pavel’s video, the KLO issued a written statement in which Pintu Barua Koch, the ‘publicity secretary’ of KLO, lambasted Bengal’s ruling party for opposing the ‘partition of Bengal’, went soft on the Centre and hard at the state government—more at West Bengal than Assam. ‘Partition’ refers to the TMC’s high-pitched campaign against the BJP for raising the demand for a separate North Bengal. Cooch Behar, claimed Barua Koch, was not part of Bengal in the first place. The statement said that KLO’s goal was the “independence of Koch Kamatapur from Indian colonial rule”, but at the same time added, somewhat incongruously, that all its attacks were directed at the West Bengal government, as it sought the Centre’s intervention. “We would like to ask the government of India to immediately restore the ‘C’ category status of our Koch Bihar state”, the press release said, adding that “the intervention of the government of India is urgent to solve the national problems of the people of Kamatapur immediately.”

Bangshi Badan Barman, who spent many years in jail and now leads one faction of the GCPA, said the BJP and the Union home ministry needed to explain why the KLO propaganda inc­reased soon after the BJP raised the demand for a separate state of north Bengal. “The BJP is running the Union government and the junior home minister is from Cooch Behar. They need to make clear their stand on the KLO’s demand for a separate country,” says Barman, who is aligned with the TMC, arguing that he welcomed the chief minister’s ‘positive steps’ of forming a Rajbanshi development board and language academy. 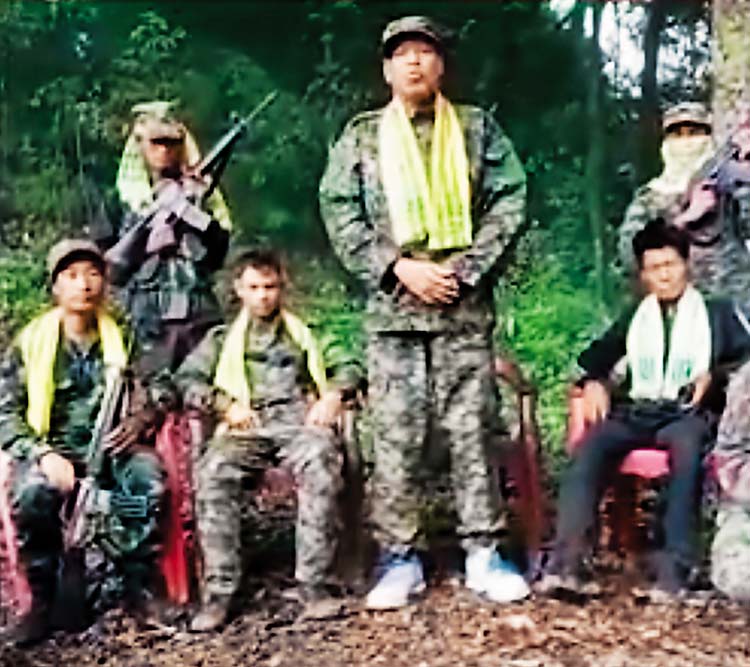 Aged around 50, Tamir Das, alias Jiban Singha, graduated in humanities from Siliguri College in 1992 and led the formation of the KLO the next year. That was seven years after the Kamatapuri Gana Parishad launched a democratic movement in the districts of Cooch Behar, Jalpaiguri and Dinajpur in West Bengal and parts of Assam, for a separate state of Kamatapur for the Koch-Rajbanshi community, alleging that the kingdom of Cooch Behar always remained independent and despite being a ‘C’ category state at the time of its merger with India in 1948, it was made a part of West Bengal the following year.

According to a government of West Bengal website, “Koch Rajbongshi is an ancient tribe originally from the ancient Koch kingdom…. The Great Kamatapur was divided into Bangladesh, West Bengal, Assam, Nepal, Meghalaya, Tripura, Bihar and Bhutan during the British rule and after the independence of India. A large number of Rajbongshi people now live in North Bengal, West Assam, Meghalaya, Bangladesh and Nepal.”

The KLO deplores ‘Indian colonial rule’, but is soft on the Centre, and attacks W. Bengal.

The KLO soon adopted violent means, engaged in several subversive and terrorist acts and faced a major setback when the Bhutanese Army launched its ‘Operation Flush Out’ in 2003 against camps set up in the jungles of Bhutan by militant organisations of Northeast India. Many senior KLO leaders and armed commanders were arrested but Singha, the head, managed to stay at large. He was rum­oured to have been killed in the Indian army action in Myanmar in 2015, but soon after, KLO released Singha’s photo, showing he was alive and in an armed camp. After five years of silence since then, Singha has become active again, releasing as many as four video statements between May 5 and August.

But the KLO’s revival would not mean trouble for Mamata Banerjee alone. In the video statement, Pavel said that the boundary of Kamatapur “shall comprise all of north Bengal’s seven districts, two districts of Bihar, Western Garo hills in Meghalaya and 14 districts in Assam.” The two districts in Bihar are Nepal-bordering ones. Besides, the KLO has a longstanding relationship with other militant groups in the Northeast.

“By ‘rejoining regional cooperation’, the KLO militant most likely hinted at reactivating the United National Liberation Front of Western Southeast Asia, or UNLFW, formed in 2015,” says a police officer in West Bengal.

Singha in his recorded speech also hailed the movements of mainstream organisations such as GCPA, Kamatapur People’s Party, Kamatapur Progressive Party and the All Koch Rajbanshi Students’ Union (AKRSU). The GCPA and the KPP are now weak forces in the region, and have one faction aligning with the BJP and the other aligning with the TMC.

While Bengal’s BJP leaders remain tightlipped about the KLO’s activities, Union minister Pramanik could not be contacted despite repeated attempts. Ravi Gandhi, the inspector general (IG) of the Border Security Force (BSF)’s North Bengal Frontier unit, rec­ently told journalists in Siliguri that the force had no information of any increase in the KLO’s activities along the India-Bangladesh border.

According to a senior officer of the West Bengal Police, efforts are on to identify Jiban Singha and other KLO leaders’ latest hideouts and assess the current strength of the separatist guerrilla organisation.

“The contradictions in their statements makes it evident that they are ready to climb down from the demand of separating from India if the Centre agreed to a separate state,” says the officer. That itself is a cost deemed too high in West Bengal, a state sundered into existence in 1947.

(This appeared in the print edition as "Splinters In The East")

By Snigdhendu Bhattacharya in Calcutta