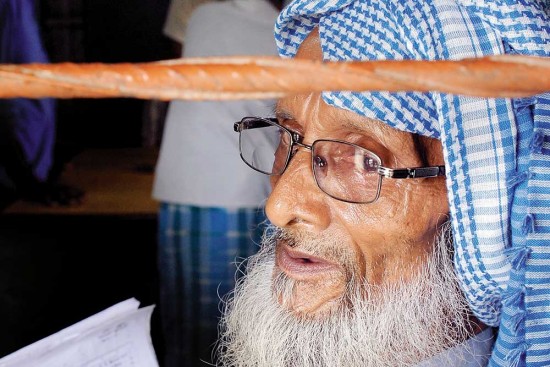 I am not a charuwa, not a pamua
We have also become Asomiya
Of Assam’s land and air, of Assam’s language
We have become equal claimants.

Across the length of Assam, as the Brahmaputra flows—the raging fury of the monsoons making way for sublime grace in the winters—the sand bars appear and disappear according to the mood of the river. These are the chars, made fertile by the ann­ual alluvium deposits when the river overflows. These shifting landmasses are home to a hard-working community, whose roots lie across the international border, in present-day Bangladesh. They are the ‘miyas’, the settlers (pamua) on the chars, often reviled as “Bangladeshis” in a state where fear and loathing of the “outsider” runs deep.

And when the community took to poe­try, in their own dialect, to depict the “discrimination” they face in their ado­pted homeland, the new literary genre has...