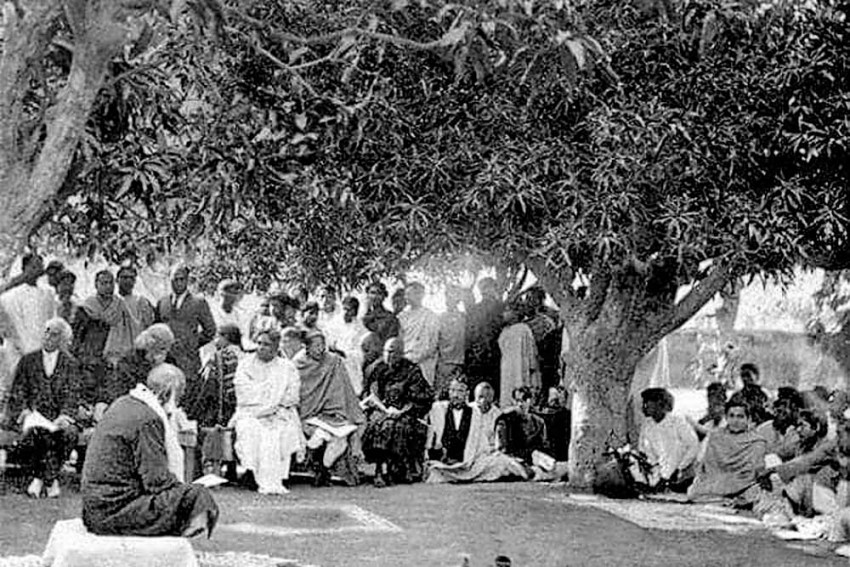 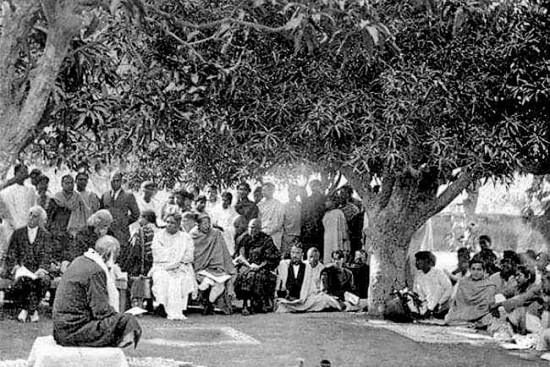 Young students in canary/white uniforms sit in a circle under a leafy tree, attention rapt as their teacher tells them a story—the inexplicable tale of life and livelihood dissected in a class that hasn’t changed much in its form and substance in a century short of three years. Wish he could weave into the tale the trouble that has ret­urned to haunt their institution: Rab­indranath Tagore’s Visva Bharati at Santiniketan. It is hard-pressed for funds, nearly 78 years since Parliament passed a law that demands the Uni­on government take full financial responsi­bi­lity of the university.

It is not alone in its hardship. All 39 central universities across the country are facing similar funds crunch. The ministry of human res­ource development (HRD) and University Grants Commission are steadily ski­mping on research gra­nts and miscellaneous funds, and nudging the universities to adopt self-fin­ancing models. “Like they are trying to divest major public-sector units, they are bent on privatising central universities too,” a Visva Bharati teacher vents his anger. 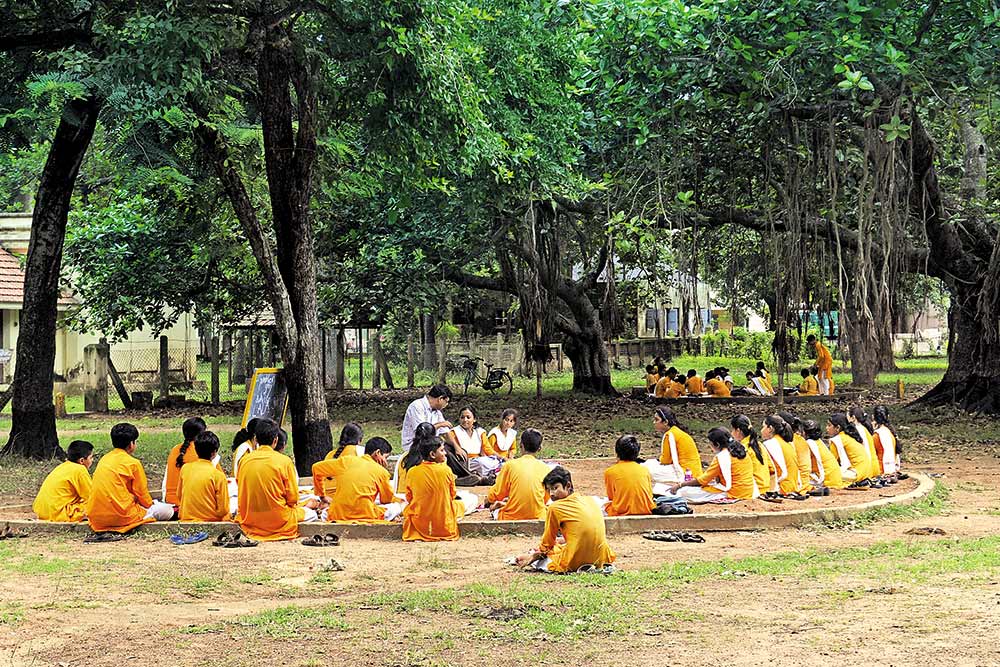 He has reasons to be angry. The crunch has forced Visva Bharati to meet their regular expenses, including salaries, by shifting funds from one head to another, university sources say. But payment of arrears—hikes mandated by the 7th Pay Commission—remain unresolved. The HRD ministry has reportedly yet to give any categorical assurance on when money would be released.

The delay in clearing arrears is causing heartburn and teachers struck work in August-September, which lasted 17 days. They returned to classes after vice chancellor Bidyut Chakra­borty convened a meeting with the faculty, dialed an HRD bur­eaucrat on conference call, and the official inf­o­r­med that the ‘file’  has been forwarded to the fin­ance ministry and its app­roval is pending.

A source reveals that around Rs 3,700 crore is the total pending amount of the government to the 39 central universities. The HRD officials reminded the VC that the arrears have to be paid to each of them tog­ether, including Jaw-aharlal Nehru University (JNU) and central institutes like TISS, and Visva Bharati is no exception.

The Centre has yet to give any assurance on when money would be released.

While one could take it as a temporary phase, an emerging pattern should not go amiss. The pattern inv­olves a gradual, but steady, erosion of the financial backbone of universities, and nudging them towards privatisation. Already, while giving autonomy to Delhi’s JNU and some more central universities, the Centre has made it clear they would have to look for res­ources elsewhere.

Every year, as is the norm, Visva Bha­rati sends it revised estimate of the ann­ual budget by February, and gets it approved (with minor adjustments) by the HRD ministry by July 31. This year, the approval has yet to reach Santi­niketan, forcing the university administration’s hands.

This is not the first time Tagore’s institution had endured a financial crisis. In its initial years before Independence, the bard had to seek and accept contributions from people—some from the feudal class, some from rising capitalists. Even at an advanced age, he had to take his students and teachers to cultural shows across the country. Those fundraisers barely kept the university afloat, but it survived.

Now, 78 years after Tagore’s death, Visva Bharati might need to draw inspiration from its founding father’s imm­ortal optimism: “I have become my own version of an optimist. If I can’t make it through one door, I’ll go thr­ough ano­ther door, or I’ll make a door. Something terrific will come no matter how dark the present.”

No Data To Justify, Is Zero Budget Natural Farming A Flawed Concept?