Home  »  Magazine  »  National  » Stop Press »  The Samaja, Once Odisha's No. 1 Newspaper, Is Mired In Controversies

The Samaja, Once Odisha's No. 1 Newspaper, Is Mired In Controversies

In its 100th year, The Samaja is mired in controversies and has lost its editorial credibility 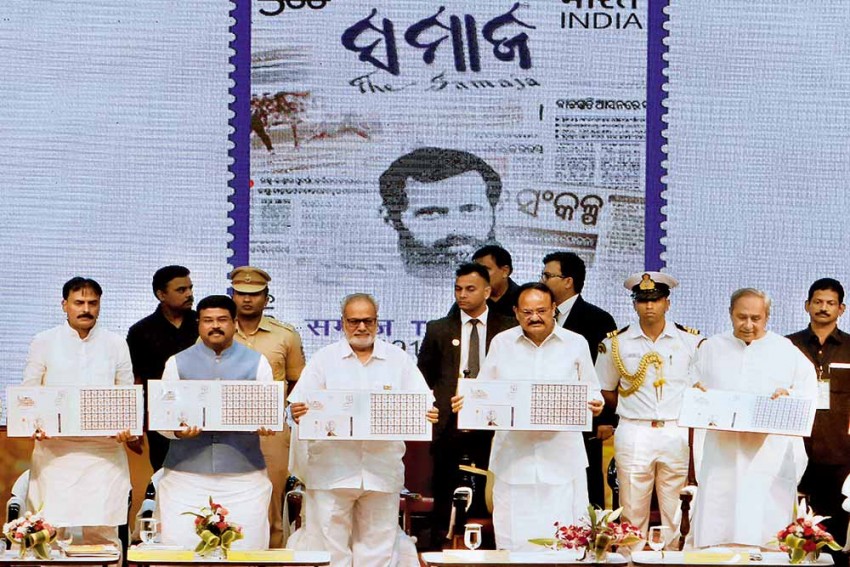 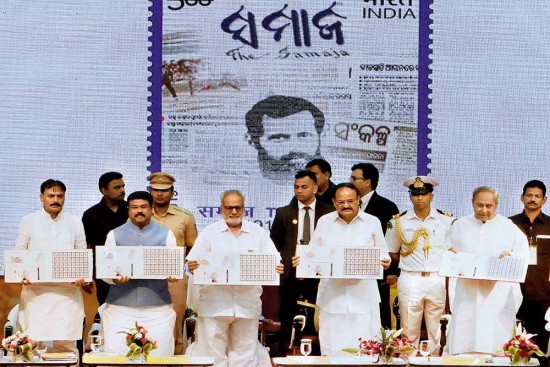 One of India’s oldest surviving newspapers and a leading Odia daily, The Samaja completed 100 years of uninterrupted publication on October 4. Launched by Utkalamani Gopabandhu Das during the freedom struggle to usher in ­social reforms, Samaja has been synonymous with ‘newspaper’ in Odisha. People would often say “wrap this in Samaja” when they meant wrapping in a newspaper and English newspapers were called “English Samaja”. This changed with the advent of several Odia newspapers over the past decades, but anything published in Samaja is taken as gospel truth by people in rural areas.

A visit to Gopabandhu Bhavan, the newspaper’s headquarters in Cuttack, is on the itinerary of most visiting dignitaries. It is also one of the first things ministers do after taking oath—they go there to pay floral tributes to Gopa­bandhu. Even now, aspiring writers flaunt an article published in the newspaper as a trophy. Moreover, the Samaja Relief Fund has provided succour to thousands of people in distress, particularly during natural disasters.

Besides its antiquity and exalted status, Samaja is also distinctive in its ownership pattern. While its rivals are all owned by individuals or families, Samaja is run by the Servants of the People Society aka Loksevak Mandal, a trust founded by Lala Lajpat Rai. Unfortunately, this is also at the root of many of the problems the newspaper is facing today. Trustees and office bearers of the Society call the shots not just in financial matters, but also in editorial policy. As a result, editorial integrity and independence is said to have suffered. The newspaper that once made or broke governments with its fiercely independent writing is today seen by the discerning reader as a handmaiden of the state government. The post of Samaja editor, once seen as the “second most powerful” in Odisha after the CM, has been reduced to a cipher. 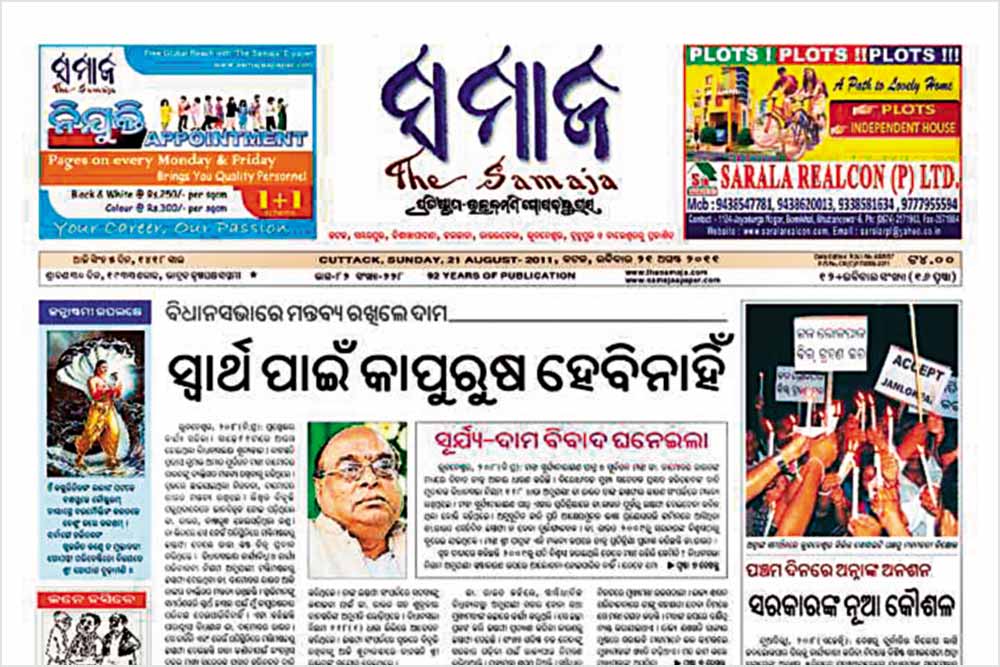 Veteran journalists filed a case alleging that the trust running the ­newspaper usurped all its assets, including prime property in Delhi.

The fall in the editor’s standing was brought home in telling fashion during the centenary celebrations earlier this month. Bamapada Tripathy, the editor, was absent during the inaugural ceremony even as Society office bearers Dipak Malaviya, Bhimsen Yadav and Niranjan Rath and others were seated on the dais. Tripathy was then called to the stage for a photo-op for the launch of the centenary special volume at the valedictory session, but was missing from the picture that ­appeared in the newspaper next day!

The rot set in a long time ago. A case filed by veteran journalists Subhas Chandra Pattanayak and Prasanta Patnaik and language activist Pabitra Maharatha— ­alleging that the Society usurped all the assets of Samaja, including prime property in Delhi, through fraudulent means—is still pending in the Orissa High Court. Devi Prasanna Nayak, a journalist and former secretary of the employees’ union sacked by the Samaja management, ­alleges that “the purported ‘will’ of Gopabandhu that the Society has used to lay claim to the assets of Samaja is actually a forged document, minus Gopa­bandhu’s signature”. “The original ‘will’ only handed over the Satyabadi Press (where Samaja was printed) to the Society, but the forged one added the whole Samaja institution to usurp its considerable assets,” Nayak adds.

The depths to which this venerable ­institution has sunk was best illustrated when Brajaraja Das aka ‘Braja Bhai’, a small-time worker of the Society in Delhi, was inducted as the general manager in 1997 and started calling the shots in the newspaper. He was indicted in a massive newsprint scandal in 2006 and spent time in jail. With its archaic management style, Samaja is now facing tough competition from rivals. It has already lost the No. 1 tag to Sambad, which was launched in 1984. To stay relevant, it must completely overhaul the management and adopt a professional approach to disseminating news and views.