Can the BJP influence the course of Tamil Nadu politics? 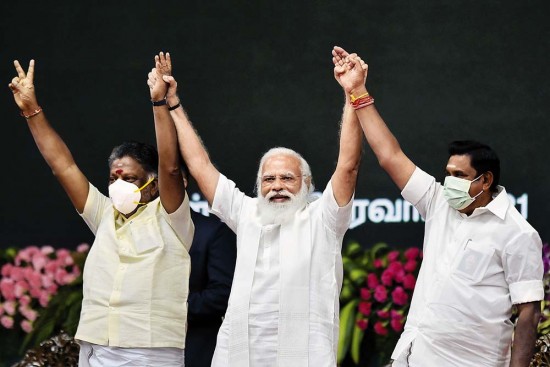 Till a few years ago the BJP’s closest rival in Tamil Nadu was NOTA—with its barely three per cent vote share in the 2016 assembly elections, the BJP was actually suffering from an identity crisis. The muscular ruling party in New Delhi and half a dozen states elicited patronising, polite smiles in Tamil Nadu.

Today, the same party manages the crisis created by the Sasikala factor in the AIADMK by first attempting a patch up between the two factions. When that fails to fructify it gets Sasikala to do the unthinkable—withdraw from the political scene, with a message to her followers to stay united and defeat the DMK. This political masterstroke shored up the chances of the AIADMK alliance and underlined the growing political heft of the BJP in Tamil Nadu.

Now all the BJP needs to show is a decent number of MLAs out of the 20 seats it will contest. That would give real heft to its growth in a...