Saba Khan is the district secretary in minority women’s wing of Samajwadi Party. 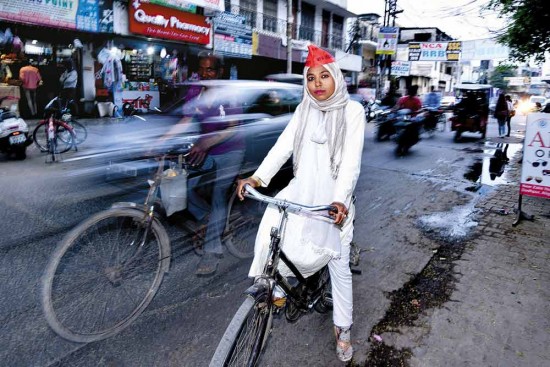 Saba Khan, 29, wanted to join the police force when she was in her teens and studying at a school run by AMU in Aligarh. However, early marriage meant that her ambitions had to be recalibrated. She started working for an NGO that ran campaigns against the practice of dowry, domestic violence, and other social ills. Interaction with the public trained her for another job that she would take up later: political party worker and campaigner.

“Ek pehchan mili hai Saba Khan zila sachiv ki (I have earned an identity. People know me as Saba Khan, district secretary),” says the woman who holds the position in minority women’s wing of Samajwadi Party. Her five-year old son, the younger of her two kids, jumps and tries to clutch his mother’s red cap, denoting her party leanings. She often takes him along when she goes to campaign for the party that she joined a year ago.